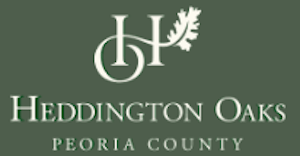 The rising need for many more nursing home beds and the lack of available competent nursing staff continues to cause a substantial problem in nursing facilities nationwide. In many cases, the family remains unaware that serious problems exist until their loved one is seriously injured, harmed or died unexpectedly.

If your loved one is the victim of abuse, neglect or mistreatment while living in a Peoria County nursing facility, contact the Illinois Nursing Home Law Center lawyers for immediate legal intervention. Our team of dedicated nursing home abuse attorneys has successfully resolved cases just like yours. Let us begin working on your claim for compensation today to ensure your family receives adequate monetary recovery for your losses.

This long-term care (LTC) facility is a 214-certified bed "government-owned not for profit" home providing services and cares to residents of Peoria and Peoria County, Illinois. The Medicare/Medicaid-participating center is located at:

When investigators working for the federal government identify severe violations of nursing home rules and regulations, they can penalize the facility by a denial of payment for Medicare services or impose monetary fines. Within the last three years, state and federal regulators imposed two monetary penalties against Heddington Oaks Healthcare, including a $12,112 fine on March 29, 2017, and a $33,249 fine on November 10, 2016, for a total of $45,359.

In the last thirty-six months, the facility has received twenty-seven formally filed complaints and self-reported three serious issues that all resulted in citations. Additional documentation about fines and penalties can be found on the Illinois Department of Public Health Nursing Home Reporting Website concerning this nursing facility.

Families can visit the Medicare.gov website and the Illinois Department of Public Health website. These sites detail a complete list of all opened investigations, incident inquiries, dangerous hazards, health violations, filed complaints, and safety concerns in nursing homes in local communities. The regularly updated information can be used to make a well-informed decision on which long-term care facilities in the community provide the highest level of care.

In a summary statement of deficiencies dated October 19, 2017, the state investigators documented that the facility had failed to “perform hand hygiene and blood changes during pressure ulcer care.” The deficient practice by the nursing staff involved one resident.

“Using alcohol-based [cleanser] containing at least 62% alcohol; or alternatively, soap and water… Before handling clean or soiled dressing, gauze, etc.; before moving from a contaminated body site during resident care; after contact with blood or body fluids.”

The survey team reviewed the resident’s Wound History dated October 17, 2017, that revealed the patient “has a Stage IV pressure ulcer to [their] left buttocks with maceration on the surrounding tissue.”

A state surveyor observed a Licensed Practical Nurse (LPN) providing wound care to the resident’s coccyx, right buttocks, and left buttocks. “After the dressings were removed, [the resident] was incontinent of their bowels.” The LPN “provided incontinent care and then proceeded to cleanse [the patient’s] coccyx, left buttock, and right buttock with wound cleanser.”

After providing care, the LPN went to the “treatment cart and started pulling out multiple drawers [and removing] a tube of skin barrier cream and a tube of Tolfanate cream.” The LPN “poured both creams into a medicine cup and mixed the two creams with his finger. Then, [the LPN] applied the cream to [the patient’s] uncovered macerated areas to [the patient’s] right and left buttocks.”

The LPN then removed their gloves and “applied a clean pair of gloves, without washing/sanitizing [his] hands.” The LPN “proceeded to remove [the patient’s] soiled incontinent pad under [the patient] and applied a new incontinent brief [before applying cream to the patient’s left hip].”

The investigators interviewed the LPN who said that “I wash my hands and put on gloves when I start care, and then when I am completely done.” The LPN “confirmed that he only changed his gloves once a note hand hygiene was performed.”

In a summary statement of deficiencies dated October 19, 2017, the state investigators documented that the facility had failed to “attempt alternatives [before] initiating side rails for two of two residents reviewed for side rails.” The investigators reviewed the facility’s policy titled: Proper Use of Side Rails dated December 2016 that reads in part:

“Documentation will indicate if less restrictive approaches are not successful [before] considering the use of side rails.”

The state investigative team reviewed the resident’s Incident and Accident Form dated March 18, 2018. The documentation revealed that “at 3:00 PM, an agitated [resident walked into another resident’s] room and grabbed [that resident] by the arms and shook him.” The aggressive resident then “left the room.”

Another incident report documented on March 18, 2018, at approximately 3:45 PM (85 minutes later) documents that the resident “walked into [a third resident’s room, shook the resident’s] pant leg and was hitting [that resident] in the right shoulder area. The residents were separated and [the abusive resident] began hitting staff.” The Nursing Note documented that day that the abusive resident “was sent to the hospital and returned to the facility at 8:40 PM.”

The aggressive resident’s Nursing Notes dated the following day on March 19, 2018, in the early morning hours at 5:57 AM revealed that the aggressive resident “was fixating on two male residents, angry and crying, repeating their names and stating that ‘I want to beat his ass.’”

During an interview with the facility Administrator, it was revealed that the aggressive resident’s “one-to-one status started on March 18, 2018.” The resident’s Care Plan “was updated on March 19, 2018, with a new intervention documented as one-to-one provided to the resident by staff due to aggressive/combative behavior.”

In a summary statement of deficiencies dated August 28, 2018, the state investigative team documented that the nursing facility had “failed to follow the Abuse Policy by not immediately reporting an allegation of potential abuse to the Administrator.” The deficient practice by the nursing staff involved one resident.”

On August 21, 2018 a Registered Nurse (RN) stated “three or four months ago, while I was working, [a Licensed Practical Nurse (LPN)] notified me of an outside agency Certified Nursing Assistant (CNA) reporting that [another CNA] was lying in bed with [a resident].”

The following morning, the Administrator stated, “I did not know anything about the allegation of [the CNA] being in bed with [a resident] until August 15, 2018. Once I receive this information [on that day], our Abuse Policy was followed. Our policy states that I should have been immediately notified of any allegations of abuse.”

In a separate summary statement of deficiencies dated August 4, 2018, the state survey team noted that the nursing home had failed to “allow access to bathroom facilities for one of four residents reviewed for abuse.” Part of the investigator’s findings included a review of the facility’s Abuse Policy that reads in part:

This facility defines abuse to include “the deprivation by an individual, including a caretaker, of goods or services that are necessary to attain or maintain physical, mental or psychosocial well-being. Neglect, it is defined as a failure at the facility, its employees or service providers to provide goods and services to a resident that are necessary to avoid physical harm, pain, mental anguish or emotional distress.”

The investigators reviewed the facility Incident Report dated March 22, 2018, that shows a Certified Nursing Assistant (CNA) “placed the wheelchair in front of a bathroom door, not allowing the resident to enter the bathroom, so the resident would not put her call light on.”

A different CNA “removed the chair, intervened and allowed the resident to use the restroom. No injuries. The facility’s investigation report dated March 23, 2018 documents [the second CNA] went to the room where the locked wheelchair was found wedged under the door handle of the bathroom door.”

The Registered Nurse (RN) on Duty stated that “the resident was agitated because she could not access the bathroom and once the wheelchair was removed, the resident calmed down. The investigation states that [the resident] is nonambulatory and was unable to go to the bathroom when she wanted to which is deemed to be a violation of resident rights and abuse under neglect and mistreatment.”

Neglected or Abused at Heddington Oaks Healthcare Center? We Can Help

Do you suspect that your loved one has been injured or died prematurely while living at Heddington Oaks Healthcare Center? If so, call the Illinois nursing home abuse and neglect lawyers at Nursing Home Law Center at (800) 926-7565 now for legal help. Our network of attorneys fights aggressively on behalf of Peoria County victims of mistreatment living in long-term facilities including nursing homes in Peoria. Contact us now to schedule a free case review to discuss how to obtain justice and resolve a financial compensation claim.

Our nursing home attorneys have successfully resolved many financial compensation claims for victims of mistreatment in nursing homes. The attorneys accept all personal injury claims, nursing home abuse suits, medical malpractice cases, and wrongful death lawsuits through a contingency fee arrangement. This agreement postpones your need to make a payment for our legal services until after your case is successfully resolved through a negotiated out of court settlement or jury trial award.

We provide every client a “No Win/No Fee” guarantee, meaning if we are unable to secure financial compensation on your behalf your family owes us nothing. Let our network of attorneys start working on your case today to ensure your family receives the financial compensation they deserve for your harm. All information you share with our law offices will remain confidential.