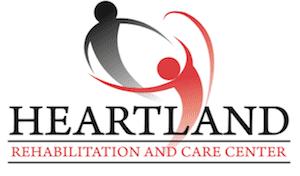 If you admitted your loved one into a skilled nursing facility, they deserve to receive the highest level of nursing care provided in a safe, compassionate environment. However, the ugly truth reveals that many nursing home residents become the victim of abuse, neglect, and mistreatment at the hands of their caregivers or other residents. If your loved one was harmed in a Saline County nursing facility, the Arkansas Nursing Home Law Center attorneys can help. Our network of lawyers have investigated hundreds of mistreatment cases throughout Arkansas and can assist your family too in seeking justice and obtaining compensation to recover your financial damages. Contact us today. Let us begin working on your case now.

This facility is a 119-certified bed "not for profit" long-term care home providing services and cares to residents of Benton and Saline County, Arkansas. The center is located at:

Arkansas and Federal investigators have the legal authority to penalize any nursing home with a denied payment for Medicare services or a monetary fine when the facility is cited for severe violations of established regulations and rules the guarantee resident safety. Within the last three years, state investigators fined Heartland Rehabilitation and Care Center once for $13,567 on December 23, 2016. Also, the facility received one formally filed complaint within the last thirty-six months. Additional documentation about fines and penalties can be found on the Arkansas Adult Protective Services website concerning this nursing home.

A list of filed complaints, health violations, opened investigations, safety concerns, incident inquiries, and dangerous hazards on statewide long-term care homes can be reviewed on database websites including the Arkansas Department of Public Health and Medicare.gov. Many families use this data to determine the best facility to place a loved one who requires the highest level of skilled health care and hygiene assistance.

In a summary statement of deficiencies dated March 31, 2017, the state investigators documented that the facility had failed to "ensure staff followed isolation precautions when providing services and care for a resident on contact isolation." The state investigator said that this deficient practice by the nursing staff was "evidenced by the failure to utilize personal protective equipment (PPE) while providing care in a resident's isolation room." The resident involved in the incident "was in contact isolation for a multi-drug-resistant infection."

The survey team documented that the facility "also failed to ensure staff washes their hands after providing incontinent care, before handling the resident, to prevent potential disease or infection." The failed practices "had the potential to affect 30 residents who resided on the 100 Hall and shared staff with [the contagious resident]."

After leaving the room, the CNA "went to the food cart in the hallway to serve meal trays to other residents from the cart and was stopped by the surveyor." The surveyor asked, "How do you know what type of isolation the resident is on?" The CNA replied, "The nurse tells me." When asked if the CNA had "gown and gloves on" the CNA replied, "No, but I do not have to wear them unless on going to touch the resident or do anything around the wound." The investigator asked, "Did you touch [the resident's] legs when you raise them to put the pillow underneath them?" The CNA replied, "Yes."

In a summary statement of deficiencies dated March 31, 2017, the state investigators documented that the facility had failed to "ensure a physician-ordered chair alarm was consistently turned on and functioning to alert the staff of unassisted transfer attempts and minimize the potential for fall-related injuries." The failed practice by the nursing staff "had the potential to affect twenty-seven residents who had physician-ordered [chair alarms]."

One incident involved the review of a resident's Staff Assessment for Mental Status. The document revealed that the resident was "severely impaired and cognitive skills for daily decision-making" and required "two or more staff for bed mobility and transfers, [and] had no falls since admission or [before] assessment, was not steady, and only able to stabilize [with] staff assistance with service to service transfers."

The resident's documents reveal that on March 29, 2017, while two Certified Nursing Assistants were providing care, the resident was transferred from a Geri-chair to a bed using a gait belt. The "chair alarm did not sound when the resident was assisted to stand up from the Geri-chair." One Certified Nursing Assistant (CNA) stated, "Whoever put the resident in the chair this morning should have turned on the chair alarm and did not." The investigator reviewed the resident's Medication Administration Record (MAR) that stated that "chair alarm to alert the staff of attempts to rise unassisted, check placement and function every shift." Other documentation revealed that the licensed nurses initialed that the chair alarm was in place and functioning.

In a separate summary statement of deficiencies dated December 23, 2016, the state investigator documented the facility's failure "to ensure falls were evaluated for causative factors and that interventions based on those causative factors were developed, care planned, communicated to staff and consistently implemented." The state investigator also documented that the facility had "failed to ensure the interventions were evaluated for effectiveness and revised when ineffective to prevent further falls are minimize the potential for fall-related injuries."

The incident in question involved a resident "who sustained a left femoral neck fracture due to a fall, and [another resident] who sustained a hip fracture due to a fall. The failed practices also had the potential to cause more than minimal harm to sixty-two residents who had a history of [falling]." As a result, the state survey team notify the administration of an Immediate Jeopardy condition.

In a third separate summary statement of deficiencies dated February 5, 2016, the state survey team documented that the nursing home had "failed to ensure residents were transferred with the assistance of a gait belt as per their Care Plan to reduce the risk of transfer-related injuries." The investigator also documented that the facility "failed to ensure the nursing staff avoided the use of the resident's axillary areas/shoulder joints to support the resident's weight during transfers, to prevent potential injury." The deficient practice by the nursing staff involved two residents "who required transfer assistance. This failed practice has the potential to affect fifty-four residents who required one or two-person assistance with transfers."

In one incident, the state investigator reviewed a resident's Care Plan dated November 9, 2015, that documents that the resident is "at risk for falls related to weakness and inability to stand unassisted and medication use. Gait belt for transfers." However, observation of a Certified Nursing Assistant (CNA) on the morning of February 3, 2016, showed the CNA preparing "to transfer the resident to the bed. A gait belt was in place, around the resident's waist."

The investigator interviewed the physical therapy staff to identified their role in assessing facility residents. The staff member said it is their job to "determine the safest transfer techniques" saying that "we always use a gait belt. Anytime there is physical assistance required, that is the standard."

In a summary statement of deficiencies dated February 5, 2016, the state investigators documented that the facility had failed to "ensure staff knocked on residents' room doors and awaited permission to enter an order to promote dignity and respect." The investigator noted that "this failed practice has the potential to affect all 103 residents who reside in the facility."

Injured or Abused While Residing at Heartland Rehabilitation and Care Center?

If you, or your loved one, have suffered injury or harm while residing at Heartland Rehabilitation and Care Center, contact the Arkansas nursing home abuse lawyers at Nursing Home Law Center at (800) 926-7565 now. Our network of attorneys fights aggressively on behalf of Saline County victims of mistreatment living in long-term facilities including nursing homes in Benton. As your legal representative, our network of attorneys can provide numerous options to hold those responsible for causing your loved one harm legally and financially accountable. Contact us now to schedule a free case review to discuss how to obtain justice and resolve a financial compensation claim. Let us fight aggressively on your behalf to ensure your rights are protected.

We accept every case concerning wrongful death, nursing home abuse, and personal injury through a contingency fee agreement. This arrangement postpones the requirement to make a payment to our network of attorneys until after we have successfully resolved your claim for compensation through a negotiated out of court settlement or jury trial award. We provide every client a "No Win/No-Fee" Guarantee, meaning if we are unable to obtain compensation on your behalf, you owe our legal team nothing. Let our team begin working on your case today to ensure you receive adequate compensation. All information you share with our law offices will remain confidential.