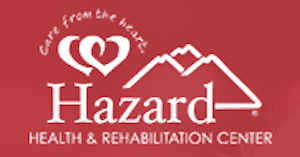 If you believe that your loved one was harmed through the negligent or reckless actions of others, contact the Kentucky Nursing Home Law Center attorneys now for immediate legal intervention. Allow our team of lawyers to represent you in seeking financial compensation to recover your monetary damages. We will use the law to hold those responsible for your harm both legally and financially accountable. We can begin working on your case today.

This long-term care (LTC) facility is a 200-certified bed center providing services to residents of Hazard and Perry County, Kentucky. The "for profit" Medicare/Medicaid-participating home is located at:

In addition to providing 24/7 skilled nursing care, Hazard Health and Rehab Center offers other amenities and services that include:

Both the state of Kentucky and federal agencies penalize nursing homes by denying reimbursement payments from Medicare or imposing monetary fines anytime the facility is cited for a severe violation of established regulations that harm or could harm residents.

Within the last three years, nursing home regulatory agencies have imposed two serious monetary penalties against Hazard Health and Rehabilitation Center citing substandard care. These penalties include a $32,533 fine on January 14, 2016 and $13,328 fine on November 21, 2017, for a total of $45,861. Also, Medicare denied payment for services rendered on January 14, 2016.

The nursing home received five formally filed complaints and self-reported one serious issue that all resulted in citations. Additional information about penalties and fines can be reviewed on the Kentucky Department of Health Care Nursing Home Reporting Website concerning this nursing facility.

In a summary statement of deficiencies dated November 21, 2017, the state investigative team noted that the nursing home failed to “protect one [resident] from abuse. On October 20, 2017, at approximately 11:00 PM, while [the resident] was agitated and refusing medication, [a Licensed Practical Nurse (LPN)] forcibly opened [the resident’s] mouth and forced medication into the resident’s mouth.”

At that time, the LPN “also took the resident’s baby doll and told the resident that he/she could have the doll when he/she started acting right. [Also, the LPN] raised her voice, shook a finger at [the resident] and stated, ‘I am not going to put up with this.’”

The surveyors stated the facility’s “failure to ensure residents were free from abuse has caused or is likely to cause serious injury, harm, impairment, or death to a resident. The Immediate Jeopardy was identified on November 9, 2017 and determined to exist on October 20, 2017.” The investigators reviewed the facility’s policy titled: Abuse that reads in part:

“The facility will not condone abuse and defines abuse as the willful infliction of injury, unreasonable confinement, intimidation, or punishment with resulting physical harm, injury or mental anguish.”

The survey team reviewed the resident’s Significant Change MDS (Minimum Data Set) Assessment that shows that the resident has “severe cognitive impairment with a Brief Interview for Mental Status (BIMS) score of 99, indicating [that the resident] was not interview-able.”

The Administrator stated during an interview that “she was made aware of the allegation of abuse and at the time of the initial report she was asleep. She stated she went back to sleep after the report and began the investigation into the incident the next morning. She stated that was when she became aware that [the LPN] continued to provide care to other residents after the allegation of abuse was made.”

The allegedly aggressive Licensed Practical Nurse “was terminated from employment at the facility. Staff who witnessed the alleged abuse were consulted by the Director of Nursing regarding prompt intervention during incidents protect residents.”

It was determined that “all staff were interviewed on November 9, 2017, by the Director of Nursing, the Clinical Coordinator, the Staff Development Coordinator, and the MDS (Minimum Data Set) Coordinator to determine if other incidents had occurred that require notification to appropriate state agencies.”

In a summary statement of deficiencies dated April 5, 2018, a state investigator noted the nursing home's failure to “implement infection control procedures for one of thirty-five residents to prevent the spread of infections. The findings include a review of the facility’s policy” titled: Guidelines for Hand Hygiene that reads in part:

“Hand hygiene should be performed after the removal of gloves.”

The survey team reviewed a resident’s medical records, MDS (Minimum Data Set) Quarterly Assessment and Brief Interview for Mental Status (BIMS) indicating that the resident “had moderate cognitive impairment. The MDS also reveals that the resident required supervision for ambulation in rooms and hallways but requires extensive assistance of one or more staff person for personal hygiene and bathing. The MDS did not reveal any skin abnormality/wounds.”

The survey team reviewed the resident’s Comprehensive Plan of Care that revealed on February 5, 2018, “a revision was made to the resident’s plan to reflect the resident had a developed a wound to his/her right lower leg.” Observations of a resident’s wound care on April 3, 2018, revealed that the resident appeared to have a dressing applied to the right lower extremity. “The resident stated he/she had a sore under the dressing.”

The surveyors interviewed the LPN who confirmed that “she had failed to perform hand hygiene after removing the soiled gloves and [before] donning clean gloves, and after the wound care had been completed.” During an interview with the facility Infection Preventionist Nurse, it was revealed that “hand hygiene should be performed each time to remove gloves and before donning clean gloves.”

“It is the policy of this facility to inform and provide written information to all adult residents concerning the right to accept or refuse medical or surgical treatment and the resident’s option to formulate an advance directive.”

An interview with the Administrator revealed that “she and the Social Worker were responsible for monitoring to make sure Advance Directives were completed.”

In a summary statement of deficiencies dated June 19, 2018, the state investigator documented that the nursing home “failed to ensure drugs and biologicals used in the facility were appropriately labeled and discarded [according to] currently accepted professional standards. Observation of three of six medication carts revealed multi-dose vials of insulin (medication used to lower blood sugar levels) were not labeled with the resident’s name of the date the file was open.”

The surveyors say that the facility also “failed to ensure insulin vials were discarded within 28 days after being open.” The survey team reviewed the facility’s policy titled: Protocols for Multi-Dose Vials that reads in part:

“All multi-dose vials of medications should be dated when opened.”

The investigative team interviewed the Director of Nursing who revealed that “staff were required to date each multidose vial of insulin when opened and should discard any unused insulin in the vial twenty-eight days after the vial is opened.”

A Victim of Neglect at the Hazard Health and Rehabilitation Center? We Can Help

Do you believe that your loved one has been injured or harmed while at the Hazard Health and Rehabilitation Center? If so, contact the Kentucky nursing home abuse lawyers at Nursing Home Law Center at (800) 926-7565 for immediate legal intervention. Our network of attorneys fights aggressively on behalf of Perry County victims of mistreatment living in long-term facilities including nursing homes in Hazard. Contact us now to schedule a free case review to discuss how to obtain justice and resolve a financial compensation claim.

Our attorneys represent clients who have been harmed through nursing home abuse by nursing staff and caregivers. We accept every case involving nursing home abuse, wrongful death or personal injury through a contingency fee agreement. This arrangement will postpone the need to make a payment for our legal services until after our attorneys have resolved your case through a jury trial award or negotiated out of court settlement.

We provide every client a “No Win/No-Fee” Guarantee, meaning if we are unable to obtain compensation on your behalf, you owe our legal team nothing. We can begin working on your case today to ensure your family receives monetary recovery for your damages. All the information you share with our law offices will remain confidential.