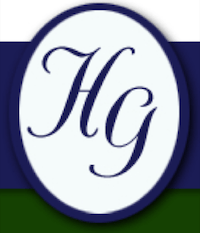 Many families are the last to know that their loved one living in a nursing facility is being victimized by caregivers, employees, visitors or other patients. Some of these residents are the victims of deliberate intent to cause harm or the abusive behaviors of others that could claim their life prematurely or result in the most serious debilitating injury.

If your loved one was harmed while living in a Butler County nursing facility, contact the Ohio Nursing Home Law Center Attorneys now for help. Let our team of lawyers work on your family’s behalf to ensure you receive financial compensation. We will use the law to hold those responsible for the harm legally accountable.

This Medicare and Medicaid-participating nursing center is a "for profit" home providing services to residents of Middletown and Butler County, Ohio. The 111-certified bed long-term care home is located at:

The federal government and the state of Ohio routinely monitor every nursing facility to identify serious violations of established rules and regulations and levy monetary fines or deny payments through Medicare when problems are found. Typically, these violations result in penalties when investigators found severe problems that harmed or could have harmed a resident.

The nursing home also received six complaints over the last three years that resulted in a violation citation. Additional documentation concerning penalties and fines can be reviewed on the Ohio Long-Term Care Consumer Guide.

Our attorneys review data on every long-term and intermediate care facility on Medicare.com and the Ohio Department of Public Health website.

The nursing home “failed to follow their abuse policy and complete a thorough investigation for alleged misappropriation of resident property.” The survey team reviewed a resident’s self-reported incident that revealed the resident “and her son indicated to the floor nurse that they could not find $50 the resident received from a family member.”

Documentation revealed that “it was alleged that the money went to the facility’s laundry in a pair of blue pants. It was then suggested the money must have been found at some point in the laundry but not returned.” The investigator stated that the self-reported incident documents and the Administrator revealed that “there were many interviews with staff members or residents concerning the missing $50.”

According to state surveyors, “the facility failed to ensure three residents who were assessed at high risk for falls had interventions in place to prevent falls.” The deficient practice by the nursing staff affected three residents “reviewed for falls that resulted in actual harm when [two residents fell], sustaining a fracture, head injuries, and subsequent hospitalization.”

In one incident, a resident, who had no falls in the past three months, was incontinent and ambulatory, had two falling incidents where one occurred at 5:50 AM and another at 7:14 PM the same day. There were no apparent injuries.

The resident experienced a third falling incident that resulted “in head trauma and a deep laceration. First-aid was administered, and medical treatment sought which included hospitalization, x-rays, and paramedic aide. It was unclear from the incident log or documentation of the medical record that interventions were in place at the time of the falls and if any interventions were added after the above falls.”

In a separate summary statement dated February 7, 2018, the facility “failed to ensure fall interventions were in place for residents at risk for falls.” One incident involved a review of a Fall Investigation where staff “were performing care and another resident and heard a loud noise. It was documented a few minutes [before] the fall, [the resident] was noted to be sitting in front of another recliner chair in her wheelchair. There were no injuries noted. She was confused and severely cognitively impaired.”

Do you suspect that your loved one is the victim of mistreatment or neglect while living at Hawthorn Glen Nursing Center? Contact the Ohio nursing home abuse lawyers at Nursing Home Law Center at (800) 926-7565 for immediate legal intervention. We represent Butler County victims of abuse and neglect in all areas including Middletown.

It is always free to discuss your case with our legal team. We provide a 100% “No Win/No-Fee” Guarantee, meaning you will owe us nothing until we can secure financial recovery on your behalf. All information you share with our law offices will remain confidential.