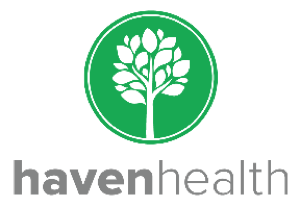 Nursing home negligence takes on many forms, where the nursing staff can misbehave, or other patients assault the resident because of a lack of supervision. Many nursing homes throughout Arizona are understaffed, or the administration hires inadequately trained Nurses and Nurse's Aides. Other nursing facilities did not follow acceptable practices for providing the utmost care.

If your loved one was injured while living in a Pima County nursing facility, contact the Arizona nursing home affiliate attorneys now for immediate legal intervention. Let our team of abuse prevention lawyers work on your family’s behalf to ensure you receive monetary compensation for your damages.

This nursing center is a "for-profit" Medicare and Medicaid-participating facility providing services and cares to residents of Tucson and Pima County, Arizona. The 120-certified bed long-term care nursing home is located at:

The state of Arizona and the federal government are legally responsible for monitoring each nursing home and impose monetary fines and deny payments through Medicare if serious violations have been identified. These penalties are typically imposed when the violation is severe and harmed or could have harmed a resident.

Special Focus Facility Designation – This facility has been designated a Special Focus Facility (SSF) by Medicare. This designation indicates that the nursing facility “has a history of persistent poor quality of care as indicated by the findings of state or federal inspection teams.” The facility “is subjected to more frequent inspections, escalating penalties, and potential termination for Medicare and Medicaid.”

The state investigators determined that the nursing home “failed to ensure [two residents] were free from abuse.” The investigation included a cognitively intact resident.

The facility’s Investigative Documentation revealed that “the Director of Nursing was informed on August 20, 2018, [that the resident had been blocked in her room on August 19, 2018, at approximately 8:00 AM for less than fifteen minutes.” It was noted that “a therapy device had been attached to her room door and the bathroom door, making it impossible for the resident to leave the room.”

The statement written by the resident at approximately 8:30 AM to 9:00 PM revealed that “the resident reported to the Social Services Director that a housekeeper had entered her room. They had a discussion about her hair, and then the housekeeper left. The resident reported that she continued to watch TV. She said that she became hot and wanted someone to come in and adjust the air, so she went toward the control box and the call light did not go on.”

The resident stated that “when she turned around, she noticed her blue therapy stick was attached to the bathroom door handle and was outstretched, and it was attached to the bedroom door handle. She said that this caused the path out of her room to be blocked. The resident said she saw a caregiver walking in the hall and yelled out for him. She said that the staff member took the blue therapy stick off the door and corrected the call lights on the wall.”

The resident’s statement further indicated that “the Social Services Director asked the resident if she had seen the person who had placed the therapy stick on the doors, and the resident replied that she had not. The resident reported that the housekeeper was the only one who was in her room since breakfast.”

Neglected at Haven of Saguaro Valley Nursing Home? Let Us Help You Today

Were you the victim of mistreatment, neglect, or abuse while living at Haven of Saguaro Valley Nursing Home? Contact the Arizona nursing home abuse prevention lawyers at Nursing Home Law Center at (800) 926-7565 for immediate legal intervention. We represent Pima County victims of abuse and neglect in all areas, including Tucson.

Our legal team invites you to discuss your case with us today through an initial, free claim consultation. Also, we provide a 100% “No Win/No-Fee” Guarantee, meaning you will not owe us anything until after we have secured a monetary recovery for your family. All information you share with our law offices will remain confidential.