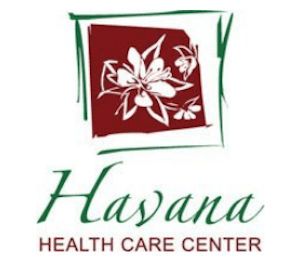 Many families entrust a nursing facility to provide their loved one with the best care and hygiene assistance in a safe, compassionate environment. Unfortunately, many nursing homes fail to hire sufficient staff that is qualified in providing the best treatment and care. In many cases, families are unaware that their loved one is being abused, neglected or mistreated because of a lack of obvious symptoms.

If you suspect that your loved one is being mistreated while residing in a Mason County nursing facility, contact the Illinois Nursing Home Law Center attorneys for immediate legal intervention. Our team of Chicago nursing home abuse lawyers is successful in resolving cases just like yours. Let us begin representing your family today to ensure you receive adequate financial compensation for your damages and those responsible for your harm are held legally accountable.

This Medicare/Medicaid-participating nursing center is a "for profit" facility providing services and cares to residents of Havana and Mason County, Illinois. The 98-certified bed long-term care (LTC) nursing home is located at:

Both the state of Illinois and federal agencies penalize nursing homes by denying reimbursement payments from Medicare or imposing monetary fines anytime the facility is cited for a severe violation of established regulations and rules that harm or could harm residents.

Over the last three years, nursing home regulators have imposed a fine of $28,637 against Havana Health Care Center on August 20, 2017, due to substandard care. Within the last thirty-six months, the facility received nineteen formally filed complaints that all resulted in citations. Additional information about penalties and fines can be found on the Illinois Department of Public Health Nursing Home Reporting Website concerning this nursing facility.

Comprehensive research results can be reviewed on the Illinois Department of Public Health and Medicare.gov nursing home database systems. These sited provide details concerning all opened investigations, incident inquiries, dangerous hazards, health violations, filed complaints, and safety concerns. Many families use this information to determine the level of medical, health and hygiene care long-term care facilities in the local community provide their residents.

In a summary statement of deficiencies dated March 16, 2018, the state investigators documented that the facility had failed to “treat a newly developed pressure ulcer, follow physician’s orders for treatment of pressure ulcers and Personal Protective Equipment (PPE)” after pressure sore treatment is completed. The deficient practice by the nursing staff involved two of four residents “reviewed for pressure ulcers.”

The surveyors observed two Certified Nursing Assistants (CNAs) assisting a patient to bed on the morning of March 14, 2018, using “a mechanical lift.” At that time, the resident’s “right hip and left hip had an estimated nickel sized yellow covered pressure ulcers with surrounding redness present. There were no dressings covering these areas.”

The resident “also had an open area to the left gluteus with no dressing present.” Both Certified Nursing Assistants “performed incontinence care after cleaning [the patient] up from a bowel movement.” One CNA then applied medication cream to the resident’s “left gluteal pressure ulcer without first washing her hands and changing her gloves.” That CNA stated that the medication cream “was what they use for [the patient’s] gluteal pressure ulcer.”

Approximately 1.5 hours later, the resident “again did not have dressings to the right and left hip bed sores.” A Licensed Practical Nurse (LPN) providing the resident care stated that “she was not aware that [the patient] did not have dressings on the hip wound.” The LPN completed wound care to the resident’s “left and right hip wounds [and] cleansed the areas with normal saline, put skin prep around the wounds and applied border foam dressing to both hip wounds.”

In a summary statement of deficiencies dated March 16, 2018, the state surveyors noted that the facility had failed to “assess for risk of entrapment before applying side rails for two of five residents reviewed with side rails.” The surveyor’s findings included observation of the resident on the afternoon of March 13, 2018 while “in bed with the right half side rail in a raised position.” Two days later at 1:38 PM and again on March 16, 2018, at 9:08 AM, the resident “was in bed with both half side rails raised.”

The investigative team reviewed the resident’s Side Rail Assessment that shows that the patient “is to have bilateral side rails raised when in bed related to bilateral ‘above the knee’ amputation.” The resident’s “Physical Restraint Progress Note dated November 21, 2017 states to “continue the use of the right half side rail for repositioning and cares.”

The resident’s Care Plan documents that the patient “is to have the right half side rails half side rail up in bed.” The resident cost or as Bed Rail Assessment to determine the risk for entrapment for bed rail use was not completed. This was verified by [the Director of Nursing] on March 15, 2018, at 1:10 PM.” The Director “stated an entrapment assessment should be completed for all residents was side rails.”

On March 13, 2018, just before noon, the resident “was in bed with one half side rail raised on the left side of the bed. I only use one side rail, the other, I was getting my skin torn/bruise on it, so it is not raised now.”

In a summary statement of deficiencies dated April 20, 2017, the state survey team noted that the nursing facility had “failed to ensure timely physician visits for one of nine residents reviewed for physician visits.” The surveyors reviewed the facility’s policy titled: Physician Services that reads in part:

“The resident must be seen by the attending physician at least once every 30 days for the first 90 days after admission.”

The investigative team reviewed the resident’s Current Face Sheet that shows the date that the patient was admitted to the facility and the resident’s “medical record [that] does not include any physician visits noted for the first 30 days.”

In an interview with the Transportation Coordinator on the morning of April 17, 2017, it was verified that the resident “did not have any schedule physician visits within the thirty days after admission.” This information was verified by reviewing the Monthly Physician Visit Calendar that “does not reflect the scheduled appointments for [that resident].” Also, the resident’s Medical Records “do not include any physician visits noted for [that patient].”

The Restored of Care Coordinator verified on the morning of April 19, 2017, that the resident “did not see a physician within thirty days of admission.” The Director of Nursing also confirmed that “if a resident is unable to see the physician, the Medical Director would see the resident.”

In a summary statement of deficiencies dated July 13, 2018, the state investigators documented that the nursing facility had “failed to provide timely written notification of an involuntary discharge and opportunity of hearing to a resident representative.” The deficiency involved a power of attorney not receiving notice of involuntary discharge of the resident until five days after the patient had been transferred to another facility.

However, a review of the U.S. Postal Service’s Receipt/Tracking Form revealed that the resident’s Power of Attorney Copy of the Notice of Involuntary Discharge and Opportunity for Hearing “was not mailed until June 21, 2018, and [the power of attorney] did not receive the Notice until June 27, 2018 (five days after [the resident] was discharged to another facility).”

In a summary statement of deficiencies dated May 31, 2018, the state investigators documented that the facility had failed to “maintain resident wheelchairs in a safe working condition for four residents and implement fall interventions for [one resident] reviewed for falls.”

The state surveyors reviewed a resident’s MDS (Minimum Data Set) Assessment that revealed the patient “uses a wheelchair for mobility and requires limited assistance with transferring.” The patient’s Current Care Plan documents “ensure that the wheelchair is in good repair.” The resident’s “Fall Risk Assessment” reveals that the patient “is at high risk for falls.”

Just before noon on May 30, 2018, the resident was observed in the wheelchair with a “loose armrest. At the same time, [the patient stated that they are] worried about falling because of the loose, wobbly armrests on [their] wheelchair.”

The investigators also reviewed the resident’s Wheelchair Cleaning Form dated May 21, 2018 “which also documents damaged or in need of repair areas, [but] failed to document the loose armrests on [the patient’s] wheelchair.”

This defective toilet seat was confirmed by a Licensed Practical Nurse (LPN) who said that the “toilet riser lip [is] unsecured to the front edge of the toilet bowl.” The investigators reviewed the resident’s Nursing Progress Notes dated August 23, 2017, and May 17, 2018, that revealed that the resident “falls off of the toilet/riser.”

Do you believe that your loved one was victimized by caregivers while living at Havana Health Care Center? If so, contact the Illinois nursing home abuse and neglect lawyers at Nursing Home Law Center at (800) 926-7565 today. Our network of attorneys fights aggressively on behalf of Mason County victims of mistreatment living in long-term facilities including nursing homes in Havana. Contact us now to schedule a free case review to discuss how to obtain justice and resolve a financial compensation claim.

Allow our reputable attorneys to handle every aspect of your compensation claim against every individual or entity that caused harm to your loved one. Our years of experience in handling nursing home abuse recompense claims can ensure a successful resolution of your case. We accept every case involving nursing home neglect, wrongful death, or personal injury through a contingency fee agreement. This arrangement postpones your payment for our legal services until after we have successfully resolved your case through a jury trial award or a negotiated settlement.

We provide every client a “No-Win/No Fee” Guarantee, meaning if we are unsuccessful at resolving your claim for compensation, you owe us nothing. Let our network of attorneys start working on your case today to ensure your family receives the financial compensation they deserve for your harm. All information you share with our law offices will remain confidential.