The Grand Rehabilitation and Nursing at Utica Abuse and Neglect Lawyers 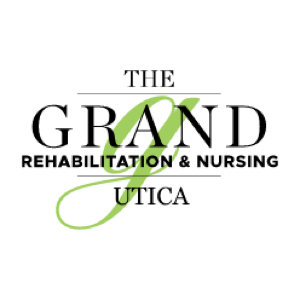 Do you believe that your loved one is being neglected, abused, or mistreated while living in a Oneida County nursing facility? Are you concerned that the harm they experience is occurring at the hands of caregivers or other residents? Contact the New York Nursing Home Law Center attorneys now for immediate legal help.

The Grand Rehabilitation and Nursing at Utica

This facility is a "non-profit" 220-certified bed long term care center providing cares and services to residents of Utica and Oneida County, New York. The Medicare and Medicaid-participating home is located at:

Within the last three years, federal investigators imposed a monetary fine against The Grand Rehabilitation And Nursing at Utica for $9,428 on November 01, 2017, citing substandard care.

This nursing facility received ten complaints and self-reported twelve serious issues over the last three years that resulted in violation citations. Additional information about this nursing home can be found on the New York State Nursing Home Report Website.

The state investigative team determined for three residents reviewed for abuse and neglect that “the facility did not have evidence that all alleged violations were investigated and did not implement a plan to prevent further potential abuse while the investigation was in process. Specifically, [for one resident] whose Care Plan was not followed, the accused Certified Nursing Assistant (CNA) was not removed from duty while the investigation was pending, and the CNA was not re-educated timely as planned.”

The nursing home terminated the CNA “for allegations of neglect, and an investigation was not completed to rule out abuse or neglect, or to determine which residents were affected.” One resident had alleged physical abuse had occurred from a staff member in January 2018, and “there was no documented evidence that the facility investigated the allegation timely or protected the resident from the accused staff member while the investigation was ongoing.”

A separate incident involved a resident who reported: “a medication error and the allegation was not reported to the facility Administrator timely it was not investigated timely.” In the first incident, that residents Comprehensive Care Plan indicated that “the resident made accusatory statements to staff members.” A psychologist’s Progress Note dated January 30, 2018, documented that “the resident complained of the staff member held her down and took her clothes off of her.”

The Regional Director of Nursing and the facility Director of Nursing were interviewed by the surveyor who requested “all investigations related to allegations be made by the resident.” The surveyors reviewed documentation from the facility who stated that “the resident alleged her britches were stripped off, she was thrown on her bed, and she ran into the hall with no pants or socks on. The Administrator documented the video shows nothing and staff interviewed showed the resident washed her hair in the sink, soak her clothing, and the staff asked her to change.”

The facility concluded that there was no further reason to continue an investigation.

Need More Information About The Grand Rehabilitation and Nursing at Utica? Let Us Help

Do you suspect that your loved one is the victim of mistreatment while living at The Grand Rehabilitation and Nursing at Utica? Contact the New York nursing home abuse lawyers at Nursing Home Law Center at (800) 926-7565 for immediate legal intervention. We represent Oneida County victims of abuse and neglect in all areas, including Utica.