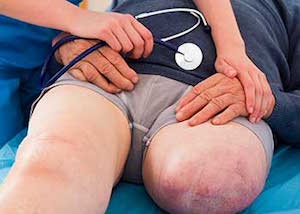 A new government program unveiled on Wednesday, April 27, will aim to reduce hospital readmissions by 20 percent, according to NorthJersey.com. The initiative, an extension of the Patient Protection and Affordable Care Act passed March 23, will allot more than $1 billion to help fund “demonstration projects” over the next three years. (“Demonstration projects” are government-funded studies that test and measure potential changes to services and payment plans).

“The ultimate goal is to eliminate preventable errors”, said Rima Cohen, counselor to Health and Human Services Secretary Kathleen Sebelius. “We want to make the best care, normal care, for all patients”.

According to Cohen, one in seven hospitalized Medicare beneficiaries is harmed during the course of his or her care. Re-admitted nursing home patients are a particularly vulnerable group.

Dr. Jaime Torres, a regional Health and Human Services director in New York City, says hospitals must pay special attention to the “handoff” period, or the time when patients are discharged from hospitals to nursing homes. Torres says many readmissions could be avoided if doctors adhered to stricter follow-up procedures. Torres advises hospitals to place a follow-up phone call within a patient’s first 24 hours in a nursing home, and to check up on patients’ prescriptions during each call.

New programs similar to what Torres envisions are already underway in some parts of the country. In New Jersey, a collaborative effort among 150 hospitals and nursing homes has already reduced the rate of pressure ulcers, or bed sores, by 70 percent. Though federal law requires nursing homes to have bedsore prevention programs, bed sores can often go undetected. In many cases, bedsores can develop rapidly, sometimes within hours.

Along with bedsore prevention programs, Kelly also noted that there have been successful efforts to monitor bloodstream infections, which are often caused by contaminated catheters. Catheter-associated urinary tract infections are on the government’s list of “never events” that should never occur at a properly-run hospital.