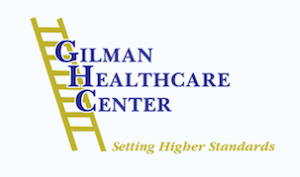 Do you suspect that your loved one was injured while living in a nursing facility in Douglas County? If so, the Illinois Nursing Home Law Center attorneys can provide immediate legal intervention. Our team of lawyers have successfully resolved cases involving mistreatment, and neglect, abuse and sexual assault and can help your family too.

If your loved one has been mistreated at Gilman Healthcare Center, contact our Chicago nursing home abuse lawyers. Let us work on your behalf to ensure that you are adequately compensated for your damages. Contact us now so we can begin working on your case today.

This long-term care (LTC) facility is a 99-certified bed center providing services to residents of Gilman and Douglas County, Illinois. The "not for profit" Medicare/Medicaid-participating home is located at:

The federal government and the state of Illinois are authorized to penalize any nursing home with monetary fines or deny payment for Medicare services when the facility has been cited for serious violations of rules and regulations. This information is posted at Medicare.gov and the Illinois Department of Public Health website.

Over the last three years, Gilman Healthcare Center has received fifteen formally filed complaints and self-reported four serious issues that all resulted in citations. Additional documentation about fines and penalties can be found on the Illinois Department of Public Health Nursing Home Reporting Website concerning this nursing facility.

Families can visit the Illinois Department of Public Health and Medicare.gov websites to obtain a complete list of all dangerous hazards, safety concerns, health violations, incident inquiries, opened investigations, and filed complaints. The regularly updated information can be used to make a well-informed decision on which long-term care facilities in the community provide the highest level of services.

“A restraint shall not be used for the purpose of punishment or for staff convenience. Periodic assessments shall address the resident status in an effort to reduce or eliminate restraints whenever possible and ensure the least restrictive method is used, which allows the resident to function at their highest practicable level.”

“This policy also documents [that] a licensed nurse will initiate a physical restraint assessment and consult with appropriate health professionals.”

The investigators observed a resident in her room in a wheelchair beside the bed that had “large bolsters on both sides of the bed. The bolsters were approximately four feet long and were placed in the middle of the sides of the bed lengthwise. These bolsters restricted [the patient’s] ability to get out of bed.”

In a summary statement of deficiencies dated May 4, 2018, the state investigators documented that the facility had failed to “ensure the resident was provided safe positioning in bed to prevent falls. This failure affects one resident reviewed for falls.”

The state investigators reviewed the facility’s records, interviewed witnesses and made observations to determine that the nursing home had “failed to provide adequate supervision for a resident assessed as unsafe with smoking. This failure affects one resident reviewed for smoking.”

In one incident, a resident’s Face Sheet documents that the patient “was admitted to the facility on March 2, 2018.” The resident’s Occupational Therapy Plan of Care dated March 3, 2018, shows that the resident “was admitted to the hospital from another long-term care facility for cognitive impairment on February 24, 2018.” The resident’s Therapy Plan of Care shows that the patient “was hospitalized after a fall in the other long-term care facility that resulted in [a medical condition of the spine].”

The severely, cognitively impaired resident’s MDS (Minimum Data Set) Assessment revealed that the patient “requires extensive to total assistance of two staff for bed mobility and transfers.” The resident’s Care Plan guides the nursing staff to “use a low air loss mattress for pressure reduction.” The plan states that the resident “has a history of falls and is totally dependent on two staff [members] for bed mobility and transfers.”

The resident’s Safety Events – Falls and the Fall Occurrence Investigation Reports show that the resident has fallen off of the air mattress on three separate occasions between March 15, 2018, and March 23, 2018. Two of those falls recorded that the resident had no injuries after the event. However, on April 23, 2018, the resident fell and had a “bloody nose.”

The state investigators interviewed the facility Assistant Director of Nursing who said that they do the fall investigations and documented that the resident had fallen off the air mattress on three occasions. The Director stated that the staff was reminded to place the resident “in the center of the air mattress [because these mattresses] have a tendency to [cause] residents to roll off the bed.”

The Director said the resident “needed to be centered in the bed and was not [stating that] the root cause was the same for all three of the [patient’s] falls. The staff did not put [the resident] in the center of the bed. Since [the patient] has an air mattress, he needs to be in the center of the mattress at all times to prevent the air shifting and pushing [him] out of bed.”

The Assistant Director of Nursing said that the Certified Nursing Assistant (CNA) “should have known to keep [the patient] centered on the bed, as they have been reminded [before].”

The resident’s Social Service Progress Notes dated November 30, 2017, revealed that the resident “is not considered an independent smoker [and] struggled to file the smoking rules and had to be reminded not to borrow or take other people’s smoking materials.”

On December 4, 2017, the resident “was smoking a cigarette of a different color, and another resident’s lighter and cigarette were missing, which [the patient] admitted taking.”

Nine days later on December 14, 2017, the patient “is a supervised smoker,” and on January 10, 2018, the resident “had a lighter and a cigar in [their] room.” By February 22, 2018, the patient “struggles to follow the smoking rules and has to be reminded not to borrow or take other resident smoking material.”

This behavior is documented as continuing through May 2, 2018, when “cigarettes and a lighter were observed laying out in the open on the bedside table in the resident’s room.” The following day, a Licensed Practical Nurse (LPN) while showing the resident’s gown stated that the resident “has this nightgown, with [their] initials on the tag, which has a cigarette burn on the front of the gown.”

On May 4, 2018, just before noon, “the smoking room had no fire blankets present.” The investigators reviewed the facility’s policy titled: Smoking dated January 1, 2017, that reads in part:

“To provide a safe smoker environment for all residents, to determine if a resident is an independent smoker or an ‘at risk’ smoker before the resident is allowed to smoke, smoking materials will be kept in a safe/secure location in the facility under staff supervision.”

“The smoking area will be equipped with fire blankets, and residents will have no smoking materials in their possession.”

In a summary statement of deficiencies dated October 17, 2018, the state investigators noted that the nursing home had “failed to implement their abuse prevention policy by failing to notify the Abuse Coordinator of an allegation of verbal abuse. This failure has the potential to affect three residents reviewed for abuse allegation investigations.” The investigators reviewed the facility’s policy titled: Abuse Prevention that reads in part:

“The resident has the right to be free from abuse including verbal abuse. This facility documents verbal abuse as defined as the use of oral, written or gestured language that willfully includes disparaging and derogatory terms to residents. This policy documents resident concerns regarding abuse will be recorded on a grievance form.”

A member of the deceased resident’s family stated that their loved one had called them “at an unknown time and reported a verbal altercation [between themselves and another resident].” The Director said that the resident “was increasingly agitated due to this verbal altercation.”

Do You Need More Answers about Gilman Healthcare Center? We Can Help

Was your loved one injured or harmed while living at Gilman Healthcare Center? If so, contact the Illinois nursing home abuse and neglect   lawyers at Nursing Home Law Center at (800) 926-7565 today. Our network of attorneys fights aggressively on behalf of Douglas County victims of mistreatment living in long-term facilities including nursing homes in Gilman. Contact us now to schedule a free case review to discuss how to obtain justice and resolve a financial compensation claim.

Let our skilled attorneys file and handle your nursing home abuse compensation claim against all those who caused your loved one harm. Our years of experience ensure a successful resolution. We accept every case concerning wrongful death, nursing home abuse, and personal injury through a contingency fee agreement. This arrangement postpones your need to make a payment for our legal services until after your case is successfully resolved through a negotiated out of court settlement or jury trial award.

We offer every client a “No Win/No-Fee” Guarantee. This promise ensures that you will owe us nothing if we cannot obtain compensation on your behalf. Let our network of attorneys start working on your case today to ensure your family receives the financial compensation they deserve for your harm. All information you share with our law offices will remain confidential.