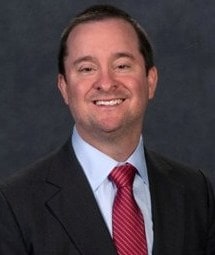 Garry Rhoden is a seasoned nursing home negligence litigator who has handled hundreds of cases from settlement negotiations to trial. Garry’s experience prosecuting cases of abuse and neglect is unique in the legal community and he is regularly sought out as a presenter at conferences so he can share his experience with other attorneys in the field. In addition to his public recognition, Garry holds a prestigious AV rating from Martindale Hubbell, a recognition of his legal ability, knowledge and ethics given to less than 5% of practicing lawyers.

View More ›
Case Valuation Center
Nursing Home
Negligence & Abuse
Client Reviews
★★★★★
Jonathan did a great job helping my family navigate through a lengthy lawsuit involving my grandmother's death in a nursing home. Through every step of the case, Jonathan kept my family informed of the progression of the case. Although our case eventually settled at a mediation, I really was impressed at how well prepared Jonathan was to take the case to trial. Lisa
★★★★★
After I read Jonathan’s Nursing Home Blog, I decided to hire him to look into my wife’s treatment at a local nursing home. Jonathan did a great job explaining the process and the laws that apply to nursing homes. I immediately felt at ease and was glad to have him on my side. Though the lawsuit process was at times frustrating, Jonathan reassured me, particularly at my deposition. I really felt like Jonathan cared about my wife’s best interests, and I think that came across to the lawyers for the nursing home. Eric
View More
Submit a Law Firm Client Review