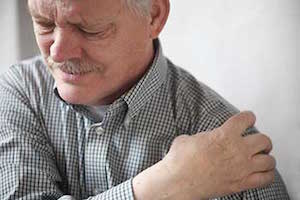 In 2005, the Deficit Reduction Act required the United States Secretary of Health and Human Services to identify the most prevalent and costliest preventable hospital-acquired conditions. The 2015 list includes both bed sores, a top-five acquired condition in hospitals and nursing homes, and frozen joints, or contractures, which can exacerbate already unfavorable conditions by worsening existing bed sores or causing new ones.

How are Bed Sores Formed?

Bed sores, also known as decubitus ulcers, pressure ulcers, or pressure sores, form in areas of skin frequently exposed to surfaces such as beds, cushions, and wheelchair seats. Exposed areas endure constant circumstances of increased pressure, squeezing the underlying blood vessels and impeding flow of blood, oxygen, and nutrients to associated cells. Over time, lack of nutrients and oxygen results in the breakdown and death of the tissue, resulting in the open sores providers refer to as bed sores.

Bedridden patients are most at risk for developing bed sores due to their overall lack of ability to remove pressure from common pressure points. Pressure points are most likely to come into contact with surrounding surfaces and include areas such as the head, shoulders, elbows, hips, coccyx, knees, and heels. In addition, bedridden patients also possessing one or more further risk factors are at greater risk for developing bed sores. These at-risk populations include:

After a bed sore occurs, the risk of continued or additional infection is heightened. Secondary infections such as gangrene, cellulitis, or in rare cases, sepsis, can be spread from patient to patient by poor hygiene, poor staff hand washing, or poor sanitation of bedding, clothing, and wound dressings. Secondary infections can pose a high fatality rate, emphasizing the importance of proper disinfecting procedures by staff, visitors, and the patient himself.

How do Contractures Occur?

Contractures, or frozen joints, are joints which have lost their mobility due to previously elastic tissues, such as muscle and tendon, shortening and hardening into place. Contractures can be caused by traumatic injury to muscle or connective tissue but are most commonly found in patients who are bedridden and unable to move the joins on their own. Elastic tissue requires movement to remain movable; if conditions are unfavorable for movement, the unused muscle shortens and hardens, stiffening the associated joint.

Within 24 to 48 hours of underuse, muscle fibers begin to shorten. As little as 48 to 72 hours later, the shortened fibers begin the hardening process, reducing the available motion of the associated joint and essentially ensuring continued contracture. Most patients enduring loss of motion as a result of injury or other paralysis will experience contracture – as many as 71% according to the American Academy of Physical Medicine and Rehabilitation.

Contracture is not easy to treat, often requiring extensive orthopedic surgeries that may or may not be effective. Other forms of treatment include massage, direct heat, and manual stretching, though these methods primarily treat associated conditions, such as spasticity. Overall, in bedridden patients, contractures of the elbows, knees, hands, feet, fingers and ankles are far too common and largely irreversible.

How can Contractures Worsen Bed Sores?

Bed sores necessitate frequent turning and repositioning of the patient to remove pressure from the affected areas. However, the presence of contractures severely limits the positions in which a patient may be made comfortable. Spastic muscles and odd joint angles make many traditional positions nearly impossible. As a result, patients are only able to maintain a few positions while bedridden; extended periods of time in these same few positions can lead to further bed sores.

Contractures often result from a lack of movement of a particular joint and its associated muscles. Bed sore patients, while already bedridden, experience further lack of mobility as a result of existing bed sores. It is this cyclical manner in which bed sores and contractures tend to exacerbate one another, with contractures leading to bed sores which produce immobility leading to more contractures. The cycle is very difficult to break.

How can Each of These Conditions be Prevented?

Bed sores are best prevented by frequently repositioning and turning bedridden or limited mobility patients. Most hospital protocols require patients to be repositioned at least once every two hours – though some patients may require more frequent repositioning, and some may tolerate less. Overall, proper attention to repositioning procedures and increased attention to at-risk patients may aid in lowering an institution's rate of hospital-acquired bed sores.

Bed sores and contractures are both common occurrences in institutional care but need not be present. Proper prevention procedures and adequate care once either condition is present will result in reduced instances of both.