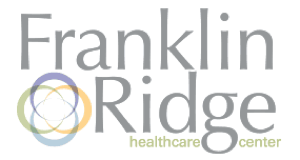 Families who require the services of nursing homes can choose for more than 970 facilities located in nearly all counties in Ohio. Unfortunately, many of these facilities have been cited by Medicare and the regulatory agencies for violating state laws involving abuse and neglect.

If your loved one was injured while residing in a Warren County nursing facility, the Ohio Nursing Home Law Center Attorneys can help. Let our team of lawyers work on your family’s behalf to ensure you receive monetary compensation to recover your financial damages.

This Medicare and Medicaid-participating nursing center is a "for profit" home providing services to residents of Franklin and Warren County, Ohio. The 108-certified bed long-term care home is located at:

In addition to providing around the clock skilled nursing care, Franklin Ridge Healthcare Center offers other services. These services include hospice, short-term care, rehab, and therapy.

The investigators and surveyors for Medicare and the state of Ohio have the legal authority to impose monetary fines are denied payment for Medicare services any time a nursing home is cited for serious violations of regulations and rules.

The nursing home also received four complaints over the last three years that resulted in a violation citation. Additional documentation about fines and penalties can be found on the Ohio Long-Term Care Consumer Guide.

According to state surveyors, “the facility failed to ensure a pressure ulcer was assessed and appropriate treatment was ordered by an advanced level provided [before] and Licensed Practical Nurse (LPN) initiated a treatment.” The incident involved a resident who “was at risk for skin breakdown, refuse to be turned, and had a recurrent Stage II pressure area on his buttocks.”

The doctors gave the nursing staff interventions that included an attempt to turn and reposition the resident every two hours and perform needed skin audits.” The resident was to be placed on a low air loss mattress and be placed on their back while consuming meals and snacks.”

During a review of the resident’s Medical Records, there were noticeable changes in the resident Stage II pressure ulcer. However, there “were not any changes to the ordered treatment.” Another notation showed that the resident received wound management service and was diagnosed with a change in their condition. However, “the order treatments remain the same.”

There are numerous facility skin assessments on the resident between March 24, 2017, and August 11, 2017, that “revealed an open area to the right buttocks with treatment in place.” However, “there were any measurements or descriptions of the wound in the medical record [and] there weren’t any assessments or documentation about the pressure ulcer to the left buttocks after March 13, 2017.”

The nursing home “failed to ensure oxygen was administered as ordered by the Physician and failed to ensure the oxygen tubing was dated.” The incident involved one resident “reviewed for respiratory care.”

The survey team observed the resident “lying in bed with his oxygen tubing and nasal cannula on the floor.” The resident’s “oxygen tubing did not appear dated.” Subsequent observations the same day and the following day revealed the same situations.

Do you believe that your loved one is the victim of mistreatment, abuse or neglect while living at Franklin Ridge Healthcare Center? Contact the Ohio nursing home abuse attorneys at Nursing Home Law Center at (800) 926-7565 for immediate legal intervention. We represent Warren County victims of abuse and neglect in all areas including Franklin.