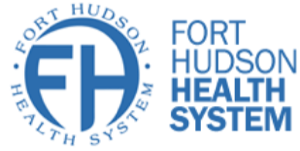 Do you suspect that your loved one is being mistreated while living in a Washington County nursing facility? Are you concerned that their injuries are the result of negligence by the nursing staff, physical assault by other patients, or physical, sexual, or verbal abuse by others?

If so, contact the New York Nursing Home Law Center attorneys now for immediate legal intervention. Our team of dedicated abuse prevention lawyers can work on your family’s behalf to ensure you receive financial compensation to recover your damages.

This long-term care home is a "non-profit" 196-certified bed center providing cares and services to residents of Fort Edward and Washington County, New York. The Medicare and Medicaid-participating facility is located at:

Within the last three years, federal investigators imposed a monetary fine against Fort Hudson Nursing Center for $7,023 on May 08, 2018, citing substandard care. This nursing facility also self-reported eight serious problems over the last thirty-six months that resulted in violation citations.

Additional information about this nursing home can be found on the New York State Nursing Home Report Website.

To be fully informed on the level of care nursing homes provide, families routinely research Medicare.gov and the New York Department of Public Health website database systems for a complete list of deficiencies, violations, and citations.

According to state investigators, “the facility did not ensure it maintained an infection control program designed to provide a safe, sanitary and comfortable environment and to help prevent the development and transmission of disease and infection.” Specifically, for two residents, “the facility did not ensure residents received screening on admission consistent with state requirements.”

The facility failed to follow established CDC (Centers for Disease Control and Prevention) protocols, including skin tests for one resident until seven days after required. The Director of Nursing reviewed the resident’s medical records and admission dates to the Adult Day Health Care Program run by the facility and did not believe that the required test was necessary.

The nursing home “did not provide necessary care and services to attain or maintain the highest practicable physical well-being [by] the comprehensive assessment and plan of care.” In one incident, a resident with a history of falls and wandering into other resident’s room “was found on the floor in a room that was not his own.” A Registered Nurse (RN) documented that the resident “yells with all movements and if you touch him.” However, no further action was taken at that time” of the assessment.

A physical therapist noted that the resident had “less than maximum progress due to pain after his fall.” The nursing staff was made aware of the resident’s condition.”

Subsequently, the Nurse Practitioner “conducted a routine review of [the resident] and noted no falls or significant changes to the resident more recent than [the month before].” However, three days later, the nursing staff “requested a review of the resident’s lower left extremity due to increased pain, the decline in ambulation, and inability to participate fully in physical therapy.”

Even so, the Physician’s Assistant did not examine the resident [but] did prescribe additional pain medication, noting a complaint of pain in the right lower extremity.” Eight days later, at 6:30 AM, “the resident was noted was significant bruising to the left lower extremity. However, the resident “was not thoroughly assessed by an RN, and when the bruising was reported again, almost eight hours later, to the RN on the oncoming shift, the resident was assessed and transferred the hospital for an x-ray revealed a fractured left femur.”

Has your loved one been being mistreated or neglected while living at Fort Hudson Nursing Center? Contact the New York nursing home abuse lawyers at Nursing Home Law Center at (800) 926-7565 for immediate legal intervention. We represent Washington County victims of abuse and neglect in all areas including Fort Edward.

Our legal team never charges potential clients to discuss your case through an initial claim consultation. Also, we offer a 100% “No Win/No-Fee” Guarantee, meaning you will not owe us any money unless we have received monetary recovery on your behalf. All information you share with our law offices will remain confidential.