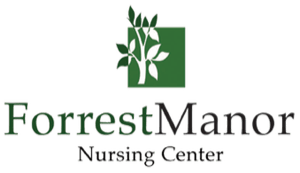 For many family members, detecting abuse and neglect in a nursing facility can be challenging at best, especially if your loved one has symptoms that mask the typical effects of mistreatment. In many cases, friends and family will mistake the natural progression of the aging process or a debilitating disease when actual abuse or neglect is occurring.

If you suspect that your loved one is the victim of mistreatment while living in a Washington County nursing facility, contact the Oklahoma Nursing Home Law Center Attorneys now for immediate legal assistance. Our team of lawyers has handled cases just like yours, and we can help your family, too. Call us now so we can begin working on your case today to ensure you receive financial compensation for your damages.

This facility is a 116-certified bed "for profit" long-term care home providing services and cares to residents of Dewey and Washington County, Oklahoma. The Medicare and Medicaid-participating center is located at:

Information on every intermediate and long-term care home in the state can be reviewed on government-owned and operated database websites including the Oklahoma Department of Public Health and Medicare.gov.

According to surveyors, “the facility failed to ensure residents receive the care and services needed to prevent the development of pressure ulcers.” Although the resident was admitted to the facility on June 28, 2017, with documented evidence of redness to his coccyx/buttocks and order for treatment, “the facility could not provide weekly skin assessments” to show that the treatments were completed.

Nurse’s Notes and assessments indicated that the resident was to have a pressure reducing devices on his chair and bed and a recommendation for the nursing staff to turn the resident “off his back every two hours.” However, the facility failed to “document the wound of the resident sacrum.”

Abused at Forrest Manor Nursing Center? Our Attorneys Can Help

Do you believe that your loved one was the victim of abuse or neglect while living at Forrest Manor Nursing Center? Contact the Oklahoma nursing home abuse attorneys at Nursing Home Law Center at (800) 926-7565 for immediate legal intervention. We represent Washington County victims of abuse and neglect in all areas including Dewey.