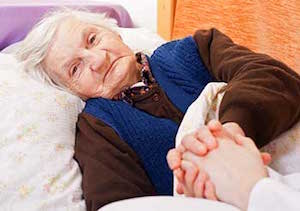 Despite the preventable nature of bedsores, many patients, particularly senior citizens and people with limited mobility, continue to fall prey to this condition due to lack of adequate care and treatment. One example is the case of Robert McLean, a former nursing home resident who developed bedsores and filed a lawsuit against the facility.

In June 10, 2011, a man named Robert McLean and his legal guardian, Pam Dinberger, filed a lawsuit in the St. Clair County Circuit Court against Eldercare Inc., then known as the Calvin Johnson Care Center and now known as the Midwest Rehab & Respiratory. According to the plaintiff, the staff from the nursing home from Belleville, Illinois allowed McLean, who is a mentally ill disabled man, to develop decubitus ulcers, commonly known as bedsores, during his stay at the facility sometime between February and March 2010. The Madison Record, which first reported on this story, did not indicate the actual length of McLean’s stay or his age.

Specifically, McLean and Dinberger allege that the Calvin Johnson facility violated the Illinois Nursing Home Care Act of 1980. The act states that patients who stay at a nursing home with no skin injuries or conditions have the right to file a lawsuit if they develop bedsores or other conditions while at the facility. The staff at Calvin Johnson also faced accusations of negligence for failure to treat McLean’s condition and failure to train staff in taking proper care of bedsores. This was not the first time a patient accused the Calvin Johnson facility of neglect, and just a year later, attorneys filed another lawsuit against them for allowing a mentally ill elderly man to wander off and die from hyperthermia.

The plaintiff sought more than $100,000 in damages for court costs and medical bills and asked for a jury trial.

Bedsores, also known as pressure sores and pressure ulcers, are injuries or lesions to the skin and nearby tissue that emerge due to a large amount of pressure applied to the skin. The pressure blocks the blood flow to that part of the body, depriving it from nutrients and causing the skin and tissue to die. Most bedsores occur in thinner skin that covers bony parts of the body, including hips, ankles, heels, and the tailbone.

Bedsores mostly occur in patients who are unable to move due to old age, disability, or obesity. Because they cannot move, pressure builds up on specific body parts. The most common causes of pressure sores include:

Bedsore prevention involves simple actions that increase mobility and relieve pressure applied to the skin. Patients who are unable to move can prevent bedsores with the assistance of caregivers and hospital or nursing home staff. Some of the preventative tactics for bedsores include:

If a patient develops a pressure sore, there are methods to treat the wound. The first step includes relieving the pressure to prevent any complications to the sore and further development of sores. Methods to relieve pressure include:

The next step is to clean the wound with water or a saline solution, then dry and bandage it. Medical professionals may also perform a process called debridement, where they gently flush the wound out with water or cut out the damaged issue. More advanced cases of pressure sores may need surgical repair such as flap reconstruction.

Other methods used for treating bedsores or the effects of bedsores include:

Bedsores are painful conditions that are easily preventable and treatable if handled correctly. If families suspect that their loved one in a nursing home developed a bedsore from negligence like Robert McLean, they are encouraged to seek legal action by seeking a lawyer with experience in personal injury and nursing home abuse. Contact Nursing Home Law Center LLC for a free evaluation.