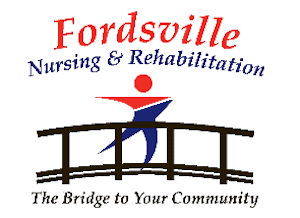 Have you admitted your loved one into a skilled nursing facility in Ohio County to ensure that they receive the best care in a compassionate, safe environment? If so, do you suspect that the residents are being neglected, mistreated or abused? Contact the Kentucky Nursing Home Law Center attorneys for immediate legal intervention.

Let our team of lawyers represent your family to ensure you are adequately compensated for your damages. We use the law to ensure that those responsible for causing the harm are held legally accountable. We can seek justice and obtain compensation on your behalf.

This long-term care (LTC) home is a "for profit" 67-certified bed center providing cares and services to residents of Fordsville and Ohio County, Kentucky. The Medicare/Medicaid-participating facility is located at:

In addition to providing 24/7 skilled nursing care, Fordsville Nursing and Rehab Center offers other services and amenities that include:

State investigators working on behalf of the federal government, Medicare, and Medicaid have the legal authority to impose monetary fines or deny payment for Medicare services to any nursing facility that has violated rules and regulations.

Over the last three years, the Fordsville Nursing and Rehabilitation Center received one formally filed complaint that resulted in a citation. Additional documentation about fines and penalties can be found on the Kentucky Department of Health Care Nursing Home Reporting Website concerning this nursing facility.

Our attorneys have obtained and reviewed data on all Kentucky long-term care homes from various online publically available sources including the KY Department of Public Health website and Medicare.gov.

In a summary statement of deficiencies dated May 17, 2018, the state investigators documented that the facility had failed to “provide adequate supervision and assistance devices to prevent accidents for one of sixteen sampled residents.”

The incident involved a resident who “was assessed and care planned to require a low bed and mats beside the bed to prevent accidents and injuries. However, observations revealed the resident was not in a low bed, and there were no mats on either side of the bed.”

The survey team reviewed the resident’s Annual MDS (Minimum Data Set) Assessment, medical records and Brief Interview for Mental Status (BIMS) that indicated that the “resident was not interview-able. Further review of the MDS revealed the resident had one fall since admission on September 14, 2016.”

A review of the Post-Fall Incident Report documented on March 20, 2018, at 5:34 AM revealed that the resident “was found on the floor beside the bed on [their] back with no injury. The immediate post-incident action was for the resident to be toileted upon request and periodically reminded to void.”

When reviewing the Comprehensive Care Plan, it was revealed that the resident had sustained injury. However, “a review of the Certified Nursing Assistant (CNA) Care Plan revealed the interventions were not added so the CNAs would be aware of the new interventions.”

The surveyors observed the resident at numerous times on May 17, 2018, between 8:30 AM and 2:30 PM while “lying in a bariatric bed, not in a low position and there was no fall mat on either side of the bed.” During an interview with two CNAs, it was revealed that “they were not aware [that the resident] was care planned for a fall mat and a low bed.”

During an interview with a Licensed Practical Nurse (LPN) it was revealed that “she has only been at the facility for two days and was not aware [that that resident] was care planned for low bed and a fall mat and did not know what the policy said or with the Physician’s orders” were.

During an interview with the Director of Nursing, it was revealed that “she expected the CNAs to follow the Care Plan related to fall mats and a low bed and the nursing staff should ensure the information on the CNAs Care Plan was followed.”

The investigative team reviewed the facility’s policy titled: Incident and Accident Progress that reads in part:

“The purpose of the Incident and Accident Process is to ensure the facility environment is as free from accident hazards over which the facility has control and that each resident receives adequate supervision and assistive devices to prevent avoidable accidents according to regulatory guidelines.”

The incident in question involved a moderately cognitively impaired resident whose Brief Interview for Mental Status (BIMS) indicated that the resident was interview-able. During an observation on the morning of March 21, 2017, it was revealed that the resident had “a purple color medication inhaler on [their] ‘over the bed’ table.”

The resident stated that “the nurse did not normally leave his/her medication on the table and stated that ‘I can watch it, and no one will get it.’” Approximately fifty minutes later, the medication remained “on the over the bed table.”

In a summary statement of deficiencies dated May 17, 2018, the state investigators documented “the facility failed to ensure one of sixteen sampled residents who has an indwelling urinary catheter receives appropriate treatment and services to prevent urinary tract infection.”

The state investigators observed members of the nursing staff who “failed to ensure [the resident’s] urinary catheter was hanging lower than his/her bladder to prevent backflow of urine into the bladder to prevent urinary tract infections.” The findings included a review of the Mosby Textbook for Long-Term Care Nursing Assistants under practice resources that revealed “the catheter bag hangs from the bed frame, chair or wheelchair and must not touch the floor. The bag is always kept lower than the person’s bladder.”

In a summary statement of deficiencies dated August 9, 2017, the state investigators documented that the “nursing home failed to provide a safe, functional and comfortable environment. Interviews with staff revealed that during heavy rain, water enters the building through the laundry room (which exits into the resident hallway Fox Drive), and mechanical room (which enters into the facility’s main entrance hallway).”

The surveyors interviewed a housekeeper that morning who revealed “rainwater leaks into the facility through the maintenance and laundry room doors when it rains. She stated she had observed water extending past the entrance doors of the laundry and maintenance rooms into the areas of the facility’s main entrance hallway and the Fox Hall, which was accessible to residents, staff, and visitors.”

The investigators interviewed the Director of Nursing who revealed “she could not recall any problems of water overflowing into the facility. She stated she has seen water standing in the shower room on the Harmony Way. The Director revealed that she would not expect residents to receive care in any potentially hazardous area of the facility.”

The facility Administrator stated on August 9, 2017, that “two months ago, a hailstorm stopped up the drains outside the mechanical laundry rooms. He stated he was aware that water overflowed into the facility during an exceptional circumstance (heavy rainfall) although he did not feel it was a problem, alleging staff removes any overflow of water that enters the facility.”

In a summary statement of deficiencies dated March 10, 2016, a surveyor noted the nursing home's failure to “establish a safe and sanitary environment and to help prevent the possible spread and transmission of disease and infection related to thirteen sampled residents.” The surveyors observed on March 8, 2016 that “there was no Ace bandage on [the resident’s] wound per Physician’s orders.”

“An individual that has an infection with multi-drug-resistant organisms and has skin lesions, excretions, secretions, or drainage that is difficult to contain; staff should maintain precautions to minimize the risk of transmission and contaminations of environmental surfaces or equipment.”

A review of the resident’s medical records, Admission MDS (Minimum Data Set) Assessment and Brief Interview for Mental Status (BIMS) indicated that the resident was interview-able and had diagnoses of CVA (cerebrovascular accident), septicemia, and anemia.

The surveyors reviewed the resident’s Treatment Administration Record that revealed a Licensed Practical Nurse (LPN) “provided wound treatment on March 8, 2016, and March 9, 2016.” On March 8, 2016 it was revealed that “a contact precautions container sitting in front of [the resident’s] door with gown, gloves and a red bag; waste can with a red bag liner was in the room; and, [the resident] was observed during rounds was loose because dressing to the right hand without the Ace bandage securing it.”

During an interview with the Licensed Practical Nurse (LPN)/Unit Manager the following morning it was revealed that she was responsible for ensuring “there was an Ace bandage to the dressing as per Physician’s orders.” The facility Director of Nursing stated that same day that “the Ace wrap to secure the gauze dressing should have covered the dressing to help prevent the spread of infection.”

Do You Need More Answers about Fordsville Nursing and Rehabilitation Center? We Can Help

Do you believe that your loved one suffered harm or injuries while living at Fordsville Nursing and Rehabilitation Center? If so, contact the Kentucky nursing home abuse attorneys at Nursing Home Law Center at (800) 926-7565 for immediate legal intervention. Our network of attorneys fights aggressively on behalf of Ohio County victims of mistreatment living in long-term facilities including nursing homes in Fordsville. Contact us now to schedule a free case review to discuss how to obtain justice and resolve a financial compensation claim.

Our team of skilled elder resident injury attorneys can assist your family and successfully resolve your case for financial recompense against all parties including the facility, doctors, nurses, and staff members that caused your loved ones harm. We accept all cases of wrongful death, nursing home abuse, and personal injury through a contingency fee arrangement. This agreement will postpone payment of our legal services until after our lawyers have resolved your case through a negotiated settlement or jury trial award.

Our network of attorneys provides every client with a “No Win/No-Fee” Guarantee. This guarantee ensures that your family will owe us nothing if we are unable to obtain compensation on your behalf. Our team of lawyers can begin working on your behalf today to make sure you are adequately compensated for your damages. All the information you share with our law offices will remain confidential.