The Information You Need to Make Decisions That Matter
The Nursing Home Law Center is committed to providing the
legal resources necessary to hold negligent facilities accountable.
Learn More
Home
Bed Sores in Nursing Home Patients
Bed Sore Articles
General Articles About Bed Sores
For an Individual, how Much Does it Cost to Treat Bed Sores?

For an Individual, how Much Does it Cost to Treat Bed Sores? 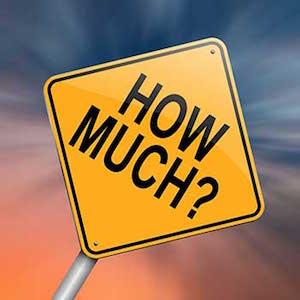 The cost of treatment for bedsores largely depends on the wound itself. The wounds vary from painful annoyances to conditions that can bring deadly consequences and complications to the patient. Pressure sores bring all sorts of costs to the patients, from monetary expenses to a decreased quality of life.

The direct costs for treating a pressure sore depend on factors such as the stage of the wound and the severity. A wound in Stage I or Stage II is relatively easier to treat than a wound in Stage III or Stage IV, which requires intense medical intervention. The direct costs for pressure ulcer treatment range between $2,000 and $20,000. The exact figures per stage are as follows:

These costs are not set in stone and can sometimes be much more. According to the United States Centers for Medicare and Medicaid (CMS) report, each pressure sore in a patient added $43,180 in costs to a hospital stay. In addition, a study done to urge for quicker, cost-effective procedures by using external tissue expansion demonstrated that the paid claims for a man who used surgery for his Stage IV wound resulted in $242,350, which included $52,992 in negative pressure wound therapy costs.

The costs for patients of pressure ulcers are not simply monetary expenses. This condition often creates physiological and psychological complications and can even lead to mortality. In addition, the patients face other indirect costs, such as:

Every year, there are more than 17,000 lawsuits filed related to pressure sores. This is the second-most-common claim after wrongful death, and it is more prominent than emotional distress or falls. While the legal costs for a patient may have significance, the benefits from a successful settlement outweigh the costs. The average settlement of a pressure sore lawsuit is up to $250,000. A study found that 87% of settlements usually favor patients, with some awards reaching as high as $312 million. Certain attorneys also provide incentives such as free consultations and no costs until the patient receives a settlement.

Hospitals, nursing homes, and other healthcare facilities also face their own costs related to pressure sore cases. For example, in October 2004, as mandated under the Affordable Care Act, Medicare can penalize a hospital with high rates of hospital-acquired infections, such as pressure sores, up to 1%. This penalty occurs because these events are “never” events, as in they should never happen. In addition, studies show that prevention tactics in general are more cost effective to facilities than treatments.

Between penalties, treatment costs, and litigation losses, there are incentives for medical facilities to improve stay conditions and prevent the creation of pressure sores in patients and residents. Most preventative tactics are cost effective in comparison to the costs of treatment and are usually basic care standards. Some of these prevention tactics include:

The treatment of bedsores can lead to some large direct and indirect expenses that can negatively affect you and your family. If negligence by a nursing home staff has caused you or a loved one a pressure sore, you have a right to compensation. Contact Nursing Home Law Center LLC for a free consultation and the opportunity to claim damages.