Foltsbrook Center for Nursing and Rehabilitation Abuse and Neglect Lawyers 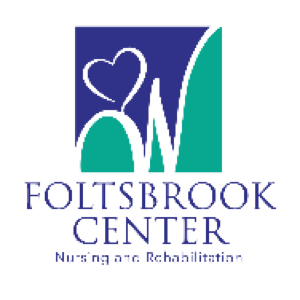 For many years, nursing home residents throughout the United States have been subjected to neglect and abuse by caregivers, employees, or other residents. Many problems with the nursing home industry involve untrained professionals, short staffing, and a lack of supervision that leads to resident-to-resident assault or staff-to-resident abuse.

If your loved one was injured while living in a Herkimer County nursing facility, contact the New York Nursing Home Law Center attorneys now for immediate legal help. Let our team of dedicated abuse prevention lawyers work on your family’s behalf to ensure you receive monetary compensation to recover your damages.

Foltsbrook Center for Nursing and Rehabilitation

This center is a 163-certified bed Medicare and Medicaid-participating facility providing services to residents of Herkimer and Herkimer County, New York. The "non-profit" long-term care home is located at:

New York and federal government agencies have the legal responsibility of monitoring every nursing home and imposing monetary fines or denying reimbursement payments through Medicare if investigators identify serious violations and deficiencies. These penalties are typically imposed when the violation is severe and harmed or could have harmed a resident.

Within the last three years, federal investigators imposed a monetary fine against Foltsbrook Center for Nursing and Rehabilitation for $14,083 on February 23, 2018, citing substandard care. The nursing home also received six complaints over the last three years that resulted in a violation citation.

Information on every intermediate and long-term care home in the state can be reviewed on government-owned and operated database websites including the New York Department of Public Health and Medicare.gov.

According to state investigators, “the facility did not ensure all alleged violations involving mistreatment, neglect, or abuse were thoroughly investigated for [two residents] reviewed for abuse/neglect. Specifically, [for one resident], an allegation of abuse was not thoroughly investigated.” The other resident “was identified at risk for elopement, left the unit on multiple occasions, and thorough investigations were not done.”

In one incident, a resident’s MDS (Minimum Data Set) Assessment documented that the resident was moderately, cognitively impaired and “had memory problems. Had lower body impairment on both sides, was totally dependent on others for transfers, requires extensive assistance for dressing and hygiene.”

The surveyors reviewed the Certified Nursing Assistant (CNA) Care Plan that documented that the resident was non-ambulatory and required assistance with activities of daily living. The CNA stated during a telephone interview that the family member that was accused of slapping the resident “visited the resident regularly, had declining mental status due to advancing age, became confused and agitated at times.”

That resident stated that she received information “from an unidentified staff member informing her that an incident had occurred.” The family member stated that “she was not formally notified of the incident, had to seek the information from the facility and that the situation was reviewed.” The individual stated that the incident “did not rise to the level of an investigation.”

Abused at Foltsbrook Center for Nursing and Rehabilitation? Let Us Help

Has your loved one been being mistreated or neglected while living at Foltsbrook Center for Nursing and Rehabilitation? Contact the New York nursing home abuse lawyers at Nursing Home Law Center at (800) 926-7565 for immediate legal intervention. We represent Herkimer County victims of abuse and neglect in all areas, including Herkimer.