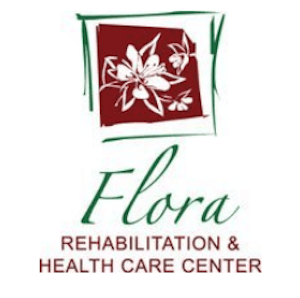 Do you suspect that your loved one has become the victim of abuse or neglect while living in a Clay County nursing home? If so, contact the Illinois Nursing Home Law Center attorneys today for immediate legal intervention. Our team of Illinois attorneys has successfully resolved cases involving mistreatment and many Illinois assisted living homes, nursing facilities, and rehabilitation centers.

Call us now so we can begin working on your case today. Let us protect your rights to ensure your family is adequately compensated for your financial damages associated with the inappropriate actions of caregivers, visitors, or other patients.

This long-term care (LTC) facility is a "for profit" 99-certified bed long-term care center providing cares and services to residents of Flora and Clay County, Illinois. The Medicare/Medicaid-participating home is located at:

The federal government and the state of Illinois routinely monitor every nursing facility to identify serious violations of established rules and regulations. The agencies can levy monetary fines or deny payments through Medicare when problems are found. Typically, these violations result in penalties when investigators identify severe problems that harmed or could have harmed a resident.

In a summary statement of deficiencies dated September 14, 2017, the state surveyors documented that the facility had failed to “provide resident safety related to unsafe smoking and oxygen storage.”

The nursing home also “failed to provide adequate supervision for a resident with harmful behaviors toward others.” The deficient practice by the nursing staff affected two residents “reviewed for smoking, oxygen storage, and supervision.”

The investigation involved a severely cognitively impaired resident who “has been involved in physical altercations involving other residents on August 27, 2017, June 22, 2017, and May 10, 2017.” The investigators interviewed a Licensed Practical Nurse (LPN) just after noon on September 11, 2017. The LPN said that “these past incidents have mainly been due to [the patient] accidentally running his wheelchair into other residents when trying to go near the patio doors.”

The LPN said “there have been times when this behavior has resulted in a skin tear to [the patient] and another resident. According to [the resident’s] Plan of Care, initiated on August 26, 2017, [the patient] has no desire to be with groups of people for activities or socialization.”

The plan of care shows a goal to “have increased episodes of socialization with peers. Behavior: is known to have a history of wandering, propelling his wheelchair backward into people or things, continuously opening exit doors, and becoming physically aggressive with staff. There are behavior tracking sheets to address each of these behaviors located in a folder kept at the nursing station.”

The LPN said that “any staff can make an entry in [the resident’s] behavior tracking sheet if any of the behaviors occur.

The survey team reviewed the procedure for “Immunization of Residents Policy, revised October 5, 2006” that reads in part:

“The facility will offer immunization and vaccinations that aid in the prevention of infectious diseases unless medically contraindicated or otherwise ordered by the resident’s attending physician.”

The survey team interviewed the facility Director of Nursing who stated that “he was unable to find documentation of [one resident’s] education, offering to administer, or administering of influenza and pneumococcal immunizations.” The surveyors reviewed the resident’s medical records and “undated immunization record form that was blank. There was no documentation in the Nurse’s Notes regarding the influenza vaccine or pneumonia vaccine ever being offered or given.”

In a summary statement of deficiencies dated September 14, 2017, the state investigators documented that the facility had failed to “control insects and flies in the building.” This failure “has the potential to affect all forty-eight residents living in the facility.”

The surveyors conducted an initial tour of the facility just after noon on September 12, 2017, and noted “round lights over the west and east side of the dining room had a layer of bugs in the globes. One light had a cobweb next to it and several dead bugs in the cobweb. There were dead insects on the windowsill on the southwest corner side of the dining room, as well as behind the soft drink and candy machines.”

The investigators interviewed a resident just after noon on September 11, 2017, who said “there were flies in the dining room and her room. At that time, there were three flies on her lunch tray and on several tables in the dining room.” The following day after lunch time, in the resident’s room, “there was a fly noted on the side rail.” The next day at 2:00 PM, “there were two flies on activity tables outside the activity room. Several residents were at the table watching TV, working word search books, and coloring pictures.

The surveyors interviewed a member of the housekeeping and maintenance staff just after noon on September 14, 2017, when “flies were noted on the dining table during mealtime.” The staff member stated that “at this time, she would try to kill the flies after the residents left the dining room.”

In a summary statement of deficiencies dated September 10, 2015, a state investigator noted the nursing home's failure to “provide a sanitary environment to prevent the spread of infection.” The investigator said the nursing home also failed to “provide aseptic technique during treatment and care to ensure prevention of cross-contamination among residents receiving nursing care in the facility.” This failure “has the potential to affect all fifty-four residents living in the facility.”

The state survey team observed a Registered Nurse (RN) providing skin care to a resident. The RN “donned a pair of gloves without first washing her hands [and] then took gauze and sprayed the Theraworx under the gauze pad and left the Theraworx spray bottle on the bed, touching [the resident’s] leg.”

The RN then washed the patient’s “penis without washing in a circular motion around the meatus, cleansed the catheter tubing outward and threw the gauze pads into the trash can in [the resident’s] room instead of using a biohazard bag.” At that time, the RN “removed her gloves, did not wash her hands or use alcohol gel, and donned another pair of gloves.”

The surveyors observed the RN applying zinc ointment using “her gloved finger, instead of using the cotton tip swab and put the ointment into the open area on [the resident’s] penis. During the treatment, [the Registered Nurse] stated that she could not get the ointment to stay around the catheter tubing unless she applied it with their finger.”

At that time, the surveyor stopped the RN “before she applied the medication.” The RN said, ‘no I did not change my gloves or wash my hands.’” The surveyors reviewed the facility’s policy titled: Treatment Protocol Guidelines that reads in part:

“Staff should wash their hands after removing old dressings, cleansing and before applying a new dressing.”

In a summary statement of deficiencies dated July 3, 2018, the state survey team noted that the nursing home had failed to “address blockages and leaking of the catheter and monitor the intake and output for a resident with a catheter.” The investigation involved a resident receiving hospice service because of “a left lung mass.”

The surveyor said that on July 2, 2018, a Certified Nursing Assistant (CNA) said the resident’s “catheter does leak or gets blocked at times, but the nurses usually flush or change the catheter.” The following day a family member said that “there was no urine in the urine bag on June 24, 2018, and the catheter was not changed until June 25, 2018.”

The family member also said that on June 26, 2018, the family requested that the catheter be flushed due to no urine in the bag and the nurse refused.” The family member said that “they were worried about urinary tract infection since he had two infections last year and they were concerned about the suprapubic catheter getting blocked and the penis leaking urine.”

During an interview with the facility Administrator on July 3, 2018, it was revealed that the Infection Control Log documents “a urinary tract infection on March 2, 2017, and June 22, 2017. The Director of Nursing stated that “the Intake and Output for catheter should have an ‘O’ if [there is] no output from the catheter.” However, there are “several blanks in the intake and output sheet and [the resident’s] output should have been measured every shift and monitor for patency of the catheter.”

The Director “was unable to answer if the blank [space indicating no] urine output indicated no urine in the bladder, no urine due to blockages or no urine due to urine leaking from the penis.”

Do you suspect that your loved one was abused or neglected while living at Flora Rehabilitation and Health Care Center? If so, call the Illinois nursing home abuse and neglect attorneys at Nursing Home Law Center at (800) 926-7565 now. Our network of attorneys fights aggressively on behalf of Clay County victims of mistreatment living in long-term facilities including nursing homes in Flora. Contact us now to schedule a free case review to discuss how to obtain justice and resolve a financial compensation claim.

Our skilled attorneys can file and successfully resolve your victim case involving nursing home abuse or neglect and hold those that caused your loved one harm financially accountable. We accept every nursing home neglect case, wrongful death lawsuit, personal injury claim for compensation through a contingency fee agreement. This arrangement postpones the need to pay for legal services until after we have resolved your case through a negotiated out of court settlement or jury trial award.

Our network of attorneys provides every client a “No Win/No-Fee” Guarantee. This promise means if our legal team is unable to obtain compensation on your behalf, you owe us nothing. We can begin working on your case today to ensure your family receives monetary recovery for your damages. All information you share with our law offices will remain confidential.