Family Horrified to Learn of Advanced Pressure Sores on Buttocks 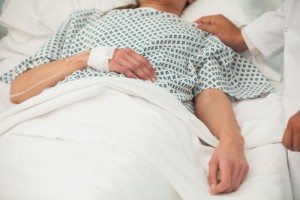 Fariza Trinos, a Toronto, Ontario, Canada resident was shocked and disturbed when she noticed infected, gaping bedsores on the backside of her grandmother Fatemeh Hajimoradi who was residing in an area nursing home. As advocates of their elderly loved one, the family took immediate action by demanding Erin Mills Lodge nursing facility in Mississauga call 911 and transport her to the hospital. While Fatemeh was treated for bedsores and released from the hospital, her family members insisted she return to the hospital a month later because more ulcers had developed at the nursing facility.

In her dismay, Ms. Trinos jolted into action and photographed the developed bedsore on her grandmother using her iPhone. Both Fariza and her mother Zohreh Mehdizadeh posed hard questions to the nursing staff as a way to protect her injured grandmother. When it was obvious that the problems would persist, the two advocates gathered evidence, took videos of Erin Mills Lodge and shot photographs to prove their case.

While Fariza’s grandmother was fortunate to have such strong advocates to ensure her health was not compromised any further, an emailed complaint by her granddaughter proved minimally successful. The complaint was sent in the spring of 2015 to the Ontario Ministry of Health and Long-Term Care who dispatched an inspector to the nursing facility months later in August. Even though the inspector interviewed the nursing staff at Erin Mills Lodge, no interview was conducted with the family. In essence, the inspector discounted Ms. Trinos’ complaint.

Sadly, Ms. Hajimoradi’s facility-acquired bedsores are not unique. Many nursing facilities fail to provide adequate care that often ends in catastrophic injury or death to its elderly, disabled or recovering residents. In fact, many residents die from infected bedsores, which leaves families confused and distraught. In 2014, Ontario Ministry of Health inspectors issued 229 violations to more than 200 nursing facilities. This number was up significantly from the year before when 88 violations were issued to 77 nursing homes due to new tougher annual inspections.

Statistics maintained by The National Center for Health Statistics (NCHS) indicate that roughly 60,000 patients in the United States die every year from complications related to pressure ulcers acquired at hospitals and nursing facilities. In fact, information gleaned from their Data Brief indicate that more than one out of every 10 nursing home residents developed a bedsore in 2004. These residents mostly suffered from Stage II pressure sores where the skin developed an abrasion or blister.

Ms. Hajimoradi’s story is a common one. In January 2013, she was admitted to Erin Mills Lodge nursing facility suffering from dementia and Parkinson’s disease. Because her condition compromised her autonomous mobility – like many long-term residents of nursing homes – she required assistance to routinely reposition her body. The regular repositioning while in a chair or bed alleviates pressure to bony body parts where bedsores are known to develop.

By May 2015, notes maintained by the resident’s granddaughter Fariza indicate that an Erin Mills Lodge worker told the family in private of the smelly, serious pressure ulcer that had developed on their grandmother’s bottom. At first, the family did not understand the significance of the developing sore. However, it was not in obvious view because the nursing staff applied dressings to cover the area just prior to the family’s visits. The family recalls the nursing home worker telling them to come to the facility at a different time than normal so they could see the sore for themselves. When Fariza first noticed the bedsore it was partially black in color and “smell like rotting fish.”

What to do if a Family Member Dies From a Pressure Sore?

Ms. Hajimoradi’s family did the right thing by gathering evidence. However, it is beneficial to seek legal representation from a reputable medical malpractice and personal injury lawyer. The nursing home abuse attorneys at Nursing Home Law Center LLC at (800) 926-7565 can take immediate legal action to protect the health and well-being of any resident suffering from a facility-acquired bedsore. These types of cases are accepted on contingency to avoid the need of paying an upfront fee.