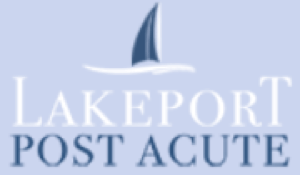 Mistreatment, abuse, and neglect in nursing facilities are often the result of the nursing staff or other caregivers not providing the resident care according to established standards of quality. Their inappropriate behavior often leads to harm, injury, or wrongful death. In other incidents, the victim is assaulted by other residents.

If your loved one was harmed while living in a Lake County nursing facility, contact the California Nursing Home Law Center Attorneys now for immediate legal intervention. Let our team of abuse prevention lawyers handle your case to ensure you receive monetary compensation. We will use the law to hold those responsible for causing the harm legally accountable.

This nursing facility is a "for-profit" Medicare and Medicaid-participating home providing services to residents of Lakeport and Lake County, California. The 99-certified bed long-term care center is located at:

State surveyors and federal investigators can penalize nursing homes by denying payment for Medicare services or imposing monetary fines if the facility has been cited for a serious violation of a regulation or rule that harmed or could have harmed residents.

Within the last three years, federal investigators imposed a monetary fine against Evergreen Lakeport Healthcare Nursing Center for $10,618 on March 29, 2019, citing substandard care. During this time, Medicare denied payment on March 29, 2019, due to a lack of quality care.

Information on every intermediate and long-term care home in the state can be reviewed on government-owned and operated database websites, including the California Department of Public Health and Medicare.gov.

The state investigators determined that the nursing home "did not provide adequate supervision for [a resident]. The lack of supervision resulted in [the resident] entering the room of [another resident and hitting that resident] in the arm.” The “altercation had the potential to cause emotional distress to [the assaulted resident] and have an adverse effect on a sense of well-being and safety.”

The aggressive resident’s MDS (Minimum Data Set) indicates that the resident never understands and is never understood, and is “severely impaired with disorganized thinking and inattention, history of physical behavior directed toward others, easily annoyed, rejects care, experiences hallucinations, experiences delusions, and wanders.”

The investigators interviewed the Activity Director, who stated that “she responded to a call for help from [the injured resident] at approximately 1:30 PM. The Activity Director stated that when she entered [the assaulted resident’s room, the aggressive resident] was pulling on the other resident’s blanket and hitting the other resident in the left arm.”

Was your loved one mistreated while residing at Evergreen Lakeport Healthcare Nursing Center? Contact the California nursing home abuse prevention lawyers at Nursing Home Law Center at (800) 926-7565 for immediate legal intervention. We represent Lake County victims of abuse and neglect in all areas, including Lakeport.