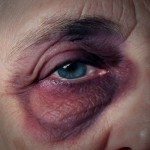 Many elderly citizens of the state become victimized by financial exploitation that has become a national problem. Statistics maintained by the Office of Justice Programs indicates that this high number will likely grow in the near future. However, specific action by community members can help diminish the numbers of elder abuse victims by noticing specific red flags. Common red flags or symptoms of those suffering elder abuse can include:

While elder abuse occurs in nursing facilities, assisted living homes, hospitals or other medical environments, often times, family members perpetrate the abuse on a “loved one.” Because of that, victims are often extremely hesitant to ask for help. This is important because many elders are vulnerable and unable to protect themselves without assistance.

Sergeant Patrick Hood of the Maine State Police said that approximately only one in seven cases of abuse on the elderly is ever reported and that “the greatest frustration comes from being called [to help] too late.” He also stated that elder abuse issues are often “kept in the family behind closed doors.”

Protecting the Most Vulnerable

Senior citizens tend to be the most vulnerable individuals and often less likely to complain when being mistreated, abused or neglected. Because of that, it is essential to take effective steps to protect the elderly, especially those at risk of suffering harm in a nursing facility caused by the neglectful or abusive actions of others.

Nursing facilities are profit driven and often make administrative decisions to reduce quality control and standards of care in favor of meeting quotas and achieving shortsighted profit goals. As a result, they often cut back in wages and hours, creating unease in their workforce. An overworked or understaffed labor force in a nursing home can easily produce neglect, mistreatment or abuse directed specifically on the individuals their paid to protect.

Knowing how to detect neglect and abuse in a nursing facility is the first step in protecting the elderly. Victims of physical abuse are often subjected to assault, battery and nonconsensual sexual contact. In addition, they might also be subjected to physical restraint through prescription medication or mechanical means that have not been authorized by a physician. Common warning flags include:

Physical abuse is not the only type of harm experienced by nursing home victims. Often times, the resident is exposed to emotional abuse that is more challenging to detect. The resident might be the victim of humiliation, insults, threats or anything else that causes them fear. They may be victimized by neglect when the nursing team withholds medication, water, nourishment, clean linens, or any provision required for personal hygiene. The emotionally injured elderly individual might display detectable signs that include:

Protecting the individual requires more than just placing them in a good nursing facility that provides high standards of care. It is essential that family members and friends maintain a vigilant eye on the facility and look for any signs of neglect or abuse that could cause harm to the resident.