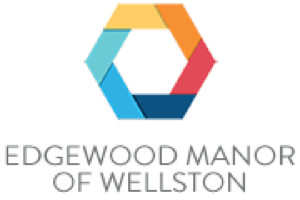 Many families have limited choices when they need to provide care for their loved one to ensure their health needs and hygiene requirements are met. These families often depend on the nursing homes to provide a safe, compassionate environment. Unfortunately, many facilities are understaffed or have inadequately trained medical professionals providing care.

If your loved one was injured while residing in a Jackson County nursing facility, contact the Ohio Nursing Home Law Center Attorneys for immediate legal help. Let our team of lawyers help improve the life of your loved one can obtain financial compensation on your family’s behalf. We can begin working on your case today.

This nursing home is a Medicare and Medicaid-participating "for profit" center providing cares and services to residents of Wellston and Jackson County, Ohio. The 105-certified bed nursing facility is located at:

The state of Ohio and the federal government have the legal obligation to monitor every nursing facility and impose monetary fines or deny payments through Medicare if the facility has violated established nursing home regulations and rules. In serious cases, the nursing facility will receive multiple penalties if investigators find the violations are severe and harmed or could have harmed a resident.

This nursing facility also self-reported a serious problem over the last three years that resulted in a violation citation. Additional documentation concerning penalties and fines can be reviewed on the Ohio Long-Term Care Consumer Guide.

According to state surveyors, “the facility failed to notify [the resident’s] Physician of elevated blood sugars as ordered.” The incident involved one resident “reviewed for unnecessary medication use.”

The survey team reviewed the resident’s MDS (Minimum Data Set) Assessment and Brief Interview for Mental Status (BIMS) along with Physician’s orders that stated that before administering the resident’s medication, “the resident’s blood sugar was to be checked.”

The Physician’s orders clearly stated that if blood sugars were “greater than 399, administer fourteen units of [insulin] and call the doctor.” On September 14, 2017, a 4:00 PM, the resident’s “blood sugar was 472, the insulin was administered as ordered by the Physician was not notified.”

At 8:00 PM that same day, the resident’s “blood sugar was 400, the insulin was administered, but the Physician was not notified.” The Director of Nursing verified this deficiency.”

The nursing home “failed to ensure isolation precautions, including the use of signs to alert staff and visitors of the need to see the nurse before entering rooms of [two residents] were being followed.” This deficient practice failed to “prevent the spread of infection throughout the facility.” The incident involved two residents who “were in isolation precautions.”

In one case, the resident’s Physician placed the resident in contact isolation after they had been tested positive for Methicillin-resistant Staphylococcus aureus and Pseudomonas aeruginosa of the sputum. However, the state survey team observed a resident’s room that “did not have any sign stating that [the resident] was on isolation precautions. There was no sign to alert visitors to report to the nurse’s station before entering [the resident’s] room” to prevent the spread of infection.

Were You Abused or Neglected at Edgewood Manor of Wellston Nursing Center? We Can Help

Were you the victim of mistreatment while you lived at Edgewood Manor of Wellston Nursing Center? Contact the Ohio nursing home abuse lawyers at Nursing Home Law Center at (800) 926-7565 for immediate legal intervention. We represent Jackson County victims of abuse and neglect in all areas including Wellston.