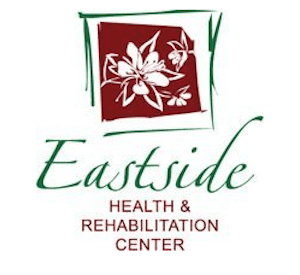 Many families have no other option than to place a loved one in a nursing facility to ensure they receive the highest level of care in a compassionate, safe environment. Unfortunately, because of the increasing need for additional beds for the disabled, elderly, and rehabilitating, many patients become the victims of mistreatment by caregivers, visitors, and other residents due to overcrowding and a lack of staffing.

If your loved one was harmed while residing in a Pike County nursing facility, contact the Illinois Nursing Home Law Center attorneys for immediate legal intervention. Our team of Chicago nursing home negligence attorneys has successfully handled and resolved many cases just like yours. Contact us now so we can begin working on your case today.

This long-term care (LTC) facility is a 92-certified bed center providing services to residents of Pittsfield and Pike County, Illinois. The "for profit" Medicare/Medicaid-participating home is located at:

The federal government and surveyors in Illinois have a legal duty to monitor every nursing facility and impose monetary fines or deny payments through Medicare when investigators identify violations of established nursing home regulations. In serious cases, the nursing facility will receive heavy monetary penalties if investigators find the violations are severe and harmed or could have harmed a resident.

Over the last three years, Eastside Health and Rehabilitation Center has received three formally filed complaints due to substandard care. Additional documentation about fines and penalties can be found on the Illinois Department of Public Health Nursing Home Reporting Website concerning this nursing facility.

In a summary statement of deficiencies dated May 21, 2018, the state investigative team noted that the nursing facility had “failed to keep residents free from abuse during care.” The investigator’s findings included a “follow up to the initial report sent on March 31, 2018, to the Illinois Department of Public Health” that documents that two Certified Nursing Assistants (CNAs) were “being rough during care involving [a resident].”

The documentation revealed that a resident initiated a report stating that on Friday, March 30, 2018, at about 3:30 PM, two identified Certified Nursing Assistants “transferred her into a recliner roughly. It also documents that during the investigation, [the resident] reported that the CNAs were on their cell phones in her room, talking aggressively to each other about something on social media and appear to be debating something non-work-related.”

Further documentation reveals that “other interview-able residents reported that [one of the Certified Nursing Assistants] has a rude disposition about providing care to residents. In conclusion, the facility was unable to substantiate the allegation against [the CNA], and the employee has been terminated. The facility will re-educate staff on the abuse policy.” The facility Administrator stated on May 21, 2018, that “all employees are in-serviced on abuse at least quarterly.”

In a summary statement of deficiencies dated May 21, 2018, the state survey team noted that the nursing home had “failed to keep residents free from misappropriation of property.” The deficient practice by the nursing staff involved one resident reviewed for misappropriation.

The initial report was sent to the Illinois Department of Public Health on December 4, 2017, that documents “ alleged misappropriation of [a patient’s medication].” The documentation revealed that the resident “asked for pain medication on December 4, 2017” that had been sent by the pharmacy on November 21, 2017. When the medication arrived in November, it was signed by the night shift nurse and contained thirty pills of pain medicine.

The initial report was sent to the State agency. The report documents that the facility had received thirty pills for the resident. A narcotic search and pill count were conducted, but the medication was never located. The resident’s “family, Physician, and State police were notified” of the missing pain narcotic medication. The documentation reveals that “the nursing staff was unaware of the discrepancy of the narcotic count because the Narcotic Sheet for [that medicine] was missing from the pills.”

The report shows that “state police were unable to come to the facility and asked we contact local law enforcement. The County Police Department came on December 6, 2017, and gathered information and began an investigation.”

In a summary statement of deficiencies dated April 20, 2017, the state investigators documented that the nursing facility had failed to “ensure residents remain free from restraint.” The facility’s abuse investigation initiated on July 4, 2016 documents that the Certified Nursing Assistant (CNA) reported to the Administrator that a resident “was observed sitting in a wheelchair with a sheet secured around the resident in the wheelchair. Upon the investigation, [the Administrator] determined this allegation occurred on July 3, 2016, after 4:30 PM and had not been reported to [the Administrator] until July 4, 2016, at 4:00 PM.”

The investigators interviewed the facility Administrator on the morning of April 19, 2017, who “said she would not expect her staff to put a resident in a wheelchair and secure a sheet around the wheelchair to restrain the resident.” The Administrator said that “employees involved in this incident are no longer employed at the facility.”

The investigators reviewed the facility’s policy titled: Abuse Prevention Program Policy and Procedure revised on November 28, 2016, that reads in part:

“This facility affirms the right of residents to be free from abuse, neglect, misappropriation of resident property, and exploitation as defined below. This includes but is not limited to, freedom from corporal punishment, involuntary seclusion and any physical or chemical restraint not required to treat the resident’s medical symptoms.”

In a summary statement of deficiencies dated August 20, 2017, the surveyors noted that the nursing facility had “failed to notify the Administrator immediately of an alleged abuse allegation” involving one resident. The facility Administrator stated that “the incident occurred on July 3, 2016, and was not reported to her until July 4, 2016, at 4:30 PM.”

In a summary statement of deficiencies dated April 20, 2017, the state investigators documented that the facility had failed to “timely turn and reposition and failed to follow the physician’s orders for pressure ulcer treatment and prevention.” The deficient practice by the nursing staff involved four residents “reviewed for pressure ulcers.”

In one case, the surveyors observed a resident receiving incontinence care just after noon on April 10, 2017. The resident “did not have a dressing on his pressure ulcer wound on the coccyx.” A review of the resident’s Weekly Pressure Sore Tracking Sheet documents the “Date of Onset – February 24, 2017 Pressure Stage II Coccyx April 6, 2017” that measures 0.2 cm x 0.2 cm by <0.1 cm.

At that time, an Assistant Director of Nursing in the room stated that the resident had “no dressing on, [but it had most likely] come off. At that time, [the CNA] said, ‘there was not one (dressing) on.’”

In a separate incident occurring on the same day a resident was observed “returning to the facility with his wife following a doctor’s appointment.” Thirty minutes later, and Licensed Practical Nurse (LPN) remove the resident’s “sock from his right foot and there was no protective dressing present to the heel pressure ulcer on the outer aspect of the right ankle. The skin was intact with no red opened areas.”

During an interview with that resident, it was revealed that “Today was his shower day and his dressings were taken off.” The LPN stated that the resident “had his shower in the morning before leaving for the doctor’s appointment,” so the resident had likely been without a dressing on his wound all day while away from the facility.

Observations were made of two Certified Nursing Assistants (CNAs) on the morning of May 16, 2018, while transporting a resident “in her wheelchair, into the North Hall men’s bathroom.” The CNAs transferred the patient “from her wheelchair onto the toilet.” The female patient “urinated in the toilet and wiped herself with toilet paper.” At that time, neither CNA offered for the resident “to wash her hands.”

The investigators interviewed the resident less than two hours later who said that “if they would have asked, I would have washed my hands; at least they could have given me a washcloth or a white to clean my hands with.” One of the CNAs was interviewed that afternoon and said that “I will make sure next time we offer for them to wash her hands after going to the bathroom.”

“All staff will wash hands, as washing hands are promptly and thoroughly as possible after resident contact, and after contact with blood, body fluids, secretions, excretions, and equipment or articles contaminated by them is an important component of the infection control and isolation precautions.”

Are You the Victim of Abuse and Neglect at Eastside Health and Rehab Center? We can Help

Do you suspect your loved one has suffered harm through abuse, neglect or mistreatment while living at Eastside Health and Rehabilitation Center? If so, call Illinois nursing home abuse and neglect lawyers at Nursing Home Law Center at (800) 926-7565 now for immediate legal intervention. Our network of attorneys fights aggressively on behalf of Pike County victims of mistreatment living in long-term facilities including nursing homes in Pittsfield. Contact us now to schedule a free case review to discuss how to obtain justice and resolve a financial compensation claim.

Our knowledgeable attorneys can offer legal assistance on your behalf to ensure your case for financial compensation is successfully resolved against every party that caused your loved one harm. Our network of attorneys accepts all nursing home abuse lawsuits, personal injury claims, medical malpractice cases, and wrongful death suits through a contingency fee agreement. This arrangement postpones the need to pay for legal services until after we have resolved your case through a negotiated out of court settlement or jury trial award.

We offer each client a “No Win/No-Fee” Guarantee, meaning all fees are waived if we cannot obtain compensation to recover your damages. Let us begin working on your case today to ensure your family is adequately compensated for the damages that caused your harm. All information you share with our law offices will remain confidential.