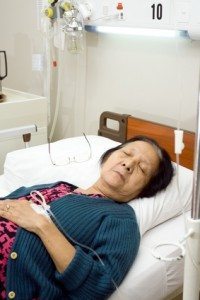 Bedsores are formed when a part of the body’s soft tissue, especially an area that is located on top of a bone, is pressurized against the hard surface for some time. Blood flow to the area is decreased, and an ulcer forms underneath the skin. Bedsores are very vulnerable to infection, and if not treated quickly, can progress to stages that are more serious.

A stage II bed sore takes about 8 weeks to fully heal, and the more they progress, the longer time they take to get better. If the bed sore has progressed too much, such as stage IV, then the area will need surgery, and in most cases, if the bed sore is on a limb such as on a foot or an arm, it will have to be amputated to prevent further infection.

Who is at Risk?

Bedsores are more common in elderly patients, paraplegics or people who are immobile for a long period time. Many people are under the misconception that bedsores are common in the elderly, and are not anything too serious. This is true if the bedsore is diagnosed and treated right away. However, bedsores in the elderly are usually formed because of neglect of the patient.

If the elderly person is not being moved around or checked often for bedsores, they can remain unnoticed for long periods as they usually form in areas such as under the legs, on the buttocks, or on the back of the individual.

Bedsores are not part of the aging process, and are an ailment that must not be taken lightly. For individuals who are able to speak or get help independently, they must avail treatment right away. For those who are under the care of nurses or family members, it is the duty of the caregiver to check for bedsores daily. Another way to prevent such bedsores from forming is to move around if possible. If not, the caregivers should at least switch the body’s position once in a while, to relieve pressure off of the areas that are susceptible to bedsores.

How can They be Treated?

Elderly patients who have bedsores must be treated right away. Due to the nature of their aging body’s immune system, the body will take a much longer time to heal than usual. Most likely, the aged person is already suffering from another ailment, which has left them immobile or handicapped in some way. Thus, the disease or ailments they are suffering from can also further the effects of the bedsores substantially. Treatment in the early stages is possible through medications and proper care. As the stage of the bed sore progresses, surgery or amputation may be deemed necessary.

Any ailment or illness that an elderly person experiences should never be taken lightly. Their immune system is not as strong as it once used to be, and infections can spread very quickly throughout their body. A bed sore can be a simple ulcer and the next can have transformed into an infected hole. It is essential that any issues individuals have, as they get older be treated immediately to prevent any further ailments from occurring.