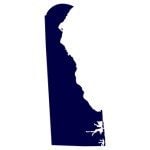 A 57-year-old certified nursing assistant has been arrested on charges of nursing home abuse after an extensive investigation led by the Medicaid Fraud Control Unit. Charges against Angela Coverdale involve allegations of abuse at the Emily Bissell Hospital in Wilmington by the Delaware Attorney General’s office.

Attorney General Biden said, “We’re acting to protect our most vulnerable citizens who often can’t speak up and speak out for themselves.”

After receiving a report from another nursing facility staff member, the Medicaid Fraud Control Unit first initiated a lengthy criminal investigation. The investigation concluded that the accused had cursed at an elderly female resident while repeatedly punching her in the chest, neck and face. As a result, the victim received medical care from her sustained injuries and has since fully recovered.

Because of the allegations and charges, administrators at the Emily Bissell Hospital have since terminated Coverdale’s employment.

At the conclusion of the investigation, authorities secured an arrest warrant. On July 30 2014, Coverdale made herself available to special investigators of the Biden’s Medicaid Control Unit and was taken into custody. The accused has been charged with two misdemeanors of patient abuse involving emotional and physical trauma suffered by the resident while under the care of Coverdale.

The arraignment was conducted in JP Court #2 over videophone. The accused was released from custody on a $2000 bail. Conditions of Coverdale’s release include an order by the court to avoid any contact with the Emily Bissell Hospital or the alleged victim. In addition, the accused’s is prohibited from working in nursing facilities or any similar facility involving her previous work.

After a preliminary hearing in the New Castle County Court of Common Pleas, Coverdale’s case was transferred to Superior Court.

Physical abuse is considered a type of physical violence or force causing the victim harm, pain, injury or impairment. Usually, physical abuse involves assault, battery or inappropriate restraint. While individuals of any age can be subjected to physical abuse, it is a particular problem in assisted-living facilities and nursing homes.

In many situations, physical abuse is challenging to identify. However, the most common signs of abuse against the elderly involve bites, scratches, burns, cuts, broken bones, sprains, bruises, welts or other injury including unexplained hair loss, internal bleeding or injuries, or rope marks.

Often times the resident will make an excuse or story as a way to explain obvious signs of abuse. In some scenarios, the victim will have an unexplained change in their behavior by showing anxiety, stress, fear or a strong reaction any time a specific staff member appears.

Victims of nursing home abuse often suffer in silence when their injuries are less noticeable. Staff members in a nursing facility can inflict serious physical harm on the elderly in a variety of ways that include:

In many situations, the suspicions of abuse by family and friends that a loved one is being mistreated are not strong enough to place a call to law enforcement. However, taking some form of immediate action is often necessary to stop the abuse and provide the victim all the necessary medical, psychological and hygiene care they require. This might include reporting the abuse through the state’s hotline or hiring a skilled personal injury attorney who specializes in elderly neglect cases. The lawyer can file a claim or suit against all parties responsible for the abuse.

It is essential to remain alert and look for any continued noticeable or subtle signs of physical abuse. If any type of repeated abuse occurs, it is essential to contact authorities immediately. A personal injury attorney can hold the nursing home responsible and help the family seek justice.

Visit our Delaware page here for more information about signs of abuse and bed sores.