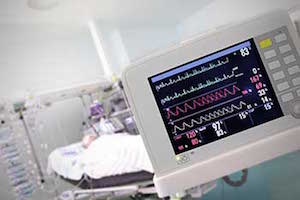 Bed sores, also called pressure soresor decubitus ulcers, can quickly become life-threatening if left unattended. They are common among elderly patients who are immobile, and who must be manually “turned,” or moved.

According to the Daily Mail article, bed sores are preventable, and are most often a result of inadequate nursing practices.

“[Bed sores] come down to poor nursing care, and there should be zero tolerance of them,” said Peter Walsh, Chief Executive of Action Against Medical Accidents.

Stopping [bed sores] is not rocket science. But in many hospitals they happen too easily.

“Thousands of nurses are losing their jobs, and this could lead to a rise in the number of patients with bed sores,” Adams said.

The Daily Mail listed the worst-performing hospitals in terms of bed sore care. They include Warrington Hospital in Warrington, Halton General Hospital in Runcorn, and Medway Maritime Hospital in Gillingham.