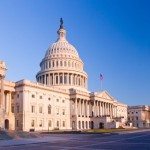 The District of Columbia ranks in the lower 50 percent of all U.S. jurisdictions in states in preparing and implementing protocols to avoid infectious disease outbreaks including single central line infections and bedsores.

In 2015, the vast majority of hospitals in the DC area are to receive a cut in pay from the federal government because of the increased rates of injuries and infection at their facilities. This includes Georgetown University Hospital, George Washington University Hospital, Sibley Memorial Hospital, MedStar’s Washington Hospital Center and Providence Hospital. Federal records indicate that each facility will be penalized one percent of their Medicare payment.

Reports by Kaiser Health News show that one out of seven hospitals across the United States is facing the same penalty. Each facility will receive one percent lower Medicare total payments for the fiscal year beginning October 1, 2014 continuing through September 2015.

CMS (Centers for Medicare & Medicaid Services) is following a mandate by the Affordable Care Act. The mandate requires a reduction in payments for any Medicare-assessed hospital that has the highest rate of facility-acquired conditions including bedsores and infections from central lines. Because of the mandate, 724 hospitals across the United States are having their Medicare payments reduced by CMS.

Both the United Medical Center and Howard University Hospital in the DC area have escaped the cuts. However, Inova Fairfax Hospital in Northern Virginia is being penalized. Additionally, the Inova hospitals in Alexandria, Loudoun, Mount Vernon and Fair Oaks are not receiving the penalty. Other DC area medical facilities not receiving the penalty include Northern Virginia Medical Center, Reston Hospital Center and Virginia Hospital Center.

The federal government is taking an intense approach to hospital-acquired infections, especially bedsores and single central line infection. Some medical facilities including MedStar Washington Hospital Center have initiated effective steps in an effort to reduce the potential of developing facility-acquired infections. Lowering injury and infection rates can be attributed to an entire team effort that focuses on evidence-based practices.

A bedsore (decubitus ulcer; pressure ulcer; pressure sore) can be a serious life threatening condition if not properly treated in its early stages. Sadly, many hospital patients and nursing home residents develop them while at the facility. Numerous factors that can cause the development of a bedsore, including:

The easiest solution for preventing pressure ulcers is to routinely reposition the patient’s body frequently – at least one time every two hours. However, this requires effective nursing home protocols where the medical staff monitors any patient unable to reposition themselves without assistance.

Nursing home residents that present the highest risk for developing pressure sores include individuals who are:

The first noticeable signs of a bedsore usually appear as a reddened area that is either warmer or cooler than the surrounding tissue. In some cases, the patient will develop tiny blisters at the affected site. The darkened area develops from a restriction in blood flow circulation, where damage to the skin tissue begins in as little as two hours. Alleviating pressure on the bedsore can help begin the healing process. However, if left untreated it can develop quickly into an advanced stage that is difficult to heal.

For additional information about pressure sore care and treatment in Washington D.C. view the information here.