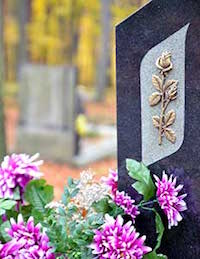 In Britain, the daughter of a man who died as a result of infected pressure sores is publicly raising questions about his death.

“To know that more could and should have been done to prevent his suffering is simply unbearable”, said 32-year-old Louise Norton, in an interview with the Reading Post. “If by speaking out we can somehow force change, I will feel in some small way justice has been done”.

According to the Post, 64-year-old Mervyn Elkington was admitted to Royal Berkshire Hospital (RBS) in March 2009, with a diagnosis of renal failure. Over the next several months, Elkington’s health deteriorated rapidly. On June 19, 2009, Elkington died as a result of sepsis – an illness caused by infected bed sores. A coroner’s report issued May 19 highlighted several missed opportunities to treat Elkington’s bed sores. The report emphasized that delays in MRI scans, as well as carrying out appropriate surgeries, strongly contributed to Elkington’s death.

“Though [Mr. Elkington] was a very ill man, the post-mortem carried out after his death suggests that he suffered from infected pressure sores”, said Norton’s lawyer, medical law expert Peter Cutler. “It is the cause of these pressure sores that the family is keen to establish”.

Louise Norton maintains that her father consistently received inadequate care while at RBS, saying specifically that nurses didn’t have knowledge of how to properly operate beds designed to help prevent bed sores.

“We are confident that we did all we could for Mr. Elkington”, he reportedly said. “He was extremely ill, with many serious health problems”.