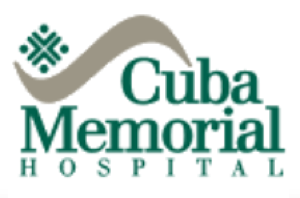 Mistreating senior citizens living in nursing homes is an unacceptable, reprehensible, and disgraceful action done by the hands of caregivers, visitors, and other patients. Many families relocate their loved one into the nursing home, believing that they will receive the highest level of care in a safe environment. Unfortunately, neglect and abuse are all too common occurrences that leave victims harmed, injured, or dead.

If your loved one was injured while living in a Allegany County nursing facility, contact the New York Nursing Home Law Center attorneys now for immediate legal intervention. Let our team of dedicated abuse prevention lawyers work on your family’s behalf to ensure you are financially compensated for your monetary damages.

This center is a 61-certified bed Medicare and Medicaid-participating facility providing services to residents of Cuba and Allegany County, New York. The "non-profit" long-term care home is located at:

Both New York and the federal government can impose a monetary fine or deny payments through Medicare when a nursing facility has been found to violate established regulations and rules. The higher the monetary fine, the more serious the violation is that likely harmed or could have harmed one or more residents at the nursing home.

The nursing home received one complaint over the last thirty-six months that resulted in a violation citation. Additional information about this nursing home can be found on the New York State Nursing Home Report Website.

The state of New York and Medicare.com routinely update their comprehensive list of deficiencies online to reflect all violations.

According to state investigators, “the facility did not immediately inform the resident’s legal representative or an interested family member when there was a change in the resident’s physical, mental or psychosocial status and a need to alter treatment. Specifically, [one resident] reviewed for notification of a change had an issue involving the lack of notification of the resident’s responsible party when the resident developed a pressure ulcer.” The incident involved a moderately, cognitively impaired resident who is understood and understands others.

Both areas were “covered with yellow slough (soft, moist, dead tissue), eschar (black of brown dead tissue) areas. There was “scant amount of bloody drainage noted.” The surveyor spoke to Senior Care who indicated “they contacted the daughter” but did not have “any documentation showing they had spoken to the daughter.”

The investigation involved a severely, cognitively impaired resident with “declining physically and mentally and at times becoming psychotic. The resident says she is going to be sent to Russia.” However, there was “no documented evidence of behaviors, including hallucinations, delusions, paranoia, or [other medical condition] to support the need for daily antipsychotic medication.”

There was “no documentation [in the Care Plan] regarding the use of antipsychotic medication or that behavioral intervention was identified.”

Was Your Loved One Injured at Cuba Memorial Hospital and Skilled Nursing Facility? Our Lawyers Can Help

Has your loved one been being mistreated, abused or neglected while living at Cuba Memorial Hospital and Skilled Nursing Facility? Contact the New York nursing home abuse lawyers at Nursing Home Law Center at (800) 926-7565 for immediate legal intervention. We represent Allegany County victims of abuse and neglect in all areas, including Cuba.

Our network of attorneys provides every potential client an initial free case consultation. Also, we offer a 100% “No Win/No-Fee” Guarantee, meaning you do not owe us any money until we have received monetary recovery on your behalf.