Every staff member working in a nursing facility has a legal and ethical responsibility to provide each resident with the highest level of care according to established standards of quality. Unfortunately, many nursing facilities do not follow established procedures and protocols that prevent injuries, accidents, and the development of life-threatening pressure wounds.

If you suspect that your loved one was victimized through neglect or abuse while living in a Hillsborough County nursing facility, the New Hampshire Nursing Home Law Center attorneys can help. Let our team of abuse prevention lawyers work on your family’s behalf to ensure you receive financial compensation for your damages.

This facility is a "for-profit" 82-certified bed long term care center providing cares and services to residents of Milford and Hillsborough County, New Hampshire. The Medicare and Medicaid-participating home is located at:

New Hampshire and Federal investigators have the legal authority to penalize any nursing home with a denied payment for Medicare services or a monetary fine when the facility is cited for serious violations of established regulations and rules the guarantee resident safety.

Additional information concerning the facility can be reviewed on the State of New Hampshire Bureau of Elderly and Adult Services Website.

The federal government and the New Hampshire Department of Public Health website update comprehensive information containing historical details of all citations and violations.

The state investigators determined that the nursing home “failed to report an allegation of abuse to the State Agency within twenty-four hours for [one resident] investigated for abuse.”

The surveyors interviewed the resident on April 19, 2018, who revealed that “the resident reported that a staff member hurt the resident during care over the weekend and the resident had reported it to the facility.” The Director of Nursing stated four days earlier that “an allegation of abuse concerning rough treatment [indicated that] the facility did not report the allegation to the State Agency [and that] the investigation had not been completed.”

The nursing home “failed to perform pressure ulcer assessments consistent with professional standards of practice for [one resident].”

The surveyors reviewed a resident’s Skin Integrity Reports from October 19, 2016, through January 18, 2016.” The documentation revealed that the resident “had an unstageable Deep Tissue Injury (DTI)/pressure ulcer on the lower left extremity – posterior.”

The records indicate that there were twenty days between assessments for the skin integrity occurring on October 28, 2016, and November 17, 2016. During that timeframe, “the measurement of length of the pressure ulcer went from 3.0 cm to 4.2 cm.”

The Pressure Ulcer Assessments “were performed on December 30, 2016, and January 17, 2017, which is eighteen days between assessments. During that timeframe, the length of the pressure ulcer went from 1.0 cm to 6.0 cm.”

The facility Unit Manager confirmed “the findings from the review of skin integrity reports and revealed that there were no other pressure ulcer assessments for [the resident] during the gaps and assessments identified above.”

The facility “failed to follow the professional standards of practice for the administration of medications and following Physician’s orders.”

A review of the resident’s medical records indicated numerous diagnoses, treatments, and medications being administered for end-stage renal failure. Some documentation involving a leave of absence from the facility showed that the resident was not administered the medications during this time frame.

The Director of Nursing and Unit Manager verbally confirmed that the resident “was not administered” numerous medications according to the schedule and the Physician was not notified.

Neglected or Abused at Crestwood Center Nursing Home? We Can Help

Were you the victim of mistreatment while you lived at Crestwood Center Nursing Home? Contact the New Hampshire nursing home abuse lawyers at Nursing Home Law Center at (800) 926-7565 for immediate legal intervention. We represent Hillsborough County victims of abuse and neglect in all areas, including Milford.

Our legal team offers every client a free, initial case consultation. Additionally, we offer a 100% “No Win/No-Fee” Guarantee. This promise means you do not owe us anything until we have secured a monetary compensation on your behalf. 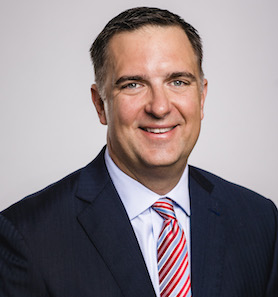