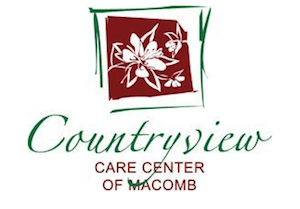 Abuse and neglect occur in nursing facilities where caregivers and other residents cause significant harm to patients. According to statistics, the disabled, rehabilitating and elderly seniors are Illinois’ most vulnerable victims of mistreatment.

If your loved one was harmed while residing in a McDonough County nursing facility, the Illinois Nursing Home Law Center attorneys can provide immediate legal intervention. Our team of Chicago nursing home abuse lawyers has successfully handled and resolved many cases just like yours. Contact us now so we can begin working on your case today.

This Medicare/Medicaid-participating center is a 62-certified bed facility providing services to residents of Macomb and McDonough County, Illinois. The "for profit" long-term care (LTC) home is located at:

Both the federal government and the state of Illinois have the legal responsibility to levy monetary fines or deny payments through Medicare if a nursing home has violated established rules and regulations that harm or could have harmed residents.

Within the last three years, investigators levied a monetary penalty against Countryview Care Center - Macomb for $14,093 on December 27, 2016. Also, the facility received nine formally filed complaints due to substandard care that all resulted in citations. Additional information about fines and penalties can be found on the Illinois Department of Public Health Nursing Home Reporting Website concerning this nursing facility.

Our attorneys review data on every long-term and intermediate care facility in Illinois. Families can obtain the same publically-available information by visiting numerous state and federal government databases including the IL Department of Public Health website and Medicare.gov. This data is a valuable tool to use when choosing the best location to place a loved one who needs the highest level of services and care in a safe environment.

In a summary statement of deficiencies dated September 29, 2017, the state investigative team noted that the nursing home had failed to “administer medications and the preferred location of the resident.” The deficient practice by the nursing staff involved two of three residents “reviewed for medication administration.”

The following day, the resident stated that “she cannot remember any specifics" concerning the incident on September 3, 2017 “but did say that she never refuses her medications.” The surveyors reviewed the resident’s Medication Administration Record and the facility’s Abuse Prevention Program that reads in part:

“Neglect is a failure at the facility, its employees or service providers to provide goods and services to a resident that are necessary to avoid physical harm, pain, mental anguish, or emotional distress.”

The state investigative team interviewed the facility Administrator who said that if the staff [the LPN] our withholding resident’s medications because the residents will not come out of the room, that it could lead to serious harm.”

Failure to Report and Investigate Any Act or Reports of Abuse, Neglect or Mistreatment of Residents

In a summary statement of deficiencies dated September 29, 2017, the state investigators noted that the nursing home had “failed to report one of three allegations of abuse review to the Illinois Department of Public Health. This failure affects one of three residents reviewed for abuse.”

The Social Services Director said that “she had written a letter addressing [the LPN] being verbally aggressive toward residents and also refusing to give residents their medications if they did not come out of their rooms.” The Social Service Director “also gave this letter to [the Director of Nursing] on September 22, 2017.”

The Director of Nursing said that they had “texted her regarding the incident between [the LPN and the resident. [The Director] had texted [the Administrator] about the LPN refusing to give medications to residents unless they came out of their rooms.” The Administrator had said “they did not report this to the Illinois Department of Health” as required by law.”

In a summary statement of deficiencies dated August 31, 2017, the state investigator documented the facility’s failure to “ensure the physician was notified timely of a weight loss for one of three residents reviewed for weight loss.” The surveyors reviewed the facility’s policy titled: Resident Weight revise in October 2013 that reads in part:

“If there is an actual weight change, the resident, POA/Power of Attorney/family/guardian, physician and dietitian are notified.”

“The facility staff is to properly notify appropriate individuals (Administrator, Director of Nursing, Physician, guardian) of changes in the resident’s medical or mental condition or status. The charge nurse will notify the resident’s attending physician or on-call physician when there has been a 5% weight gain or loss in 30 days.”

The investigators reviewed the Nursing Admission Assessment that document the resident’s weight is 200 pounds on April 4, 2017.” Subsequent assessments indicated the resident weighed 155.4 pounds less than 30 days later. However, a “Physician Notification of Weight Change Form Was not sent to the resident’s physician until May 12, 2017, documenting a 22.3% weight loss in 30 days.”

The investigators interviewed the Director of Nursing who stated that “as soon as any weight loss is discovered, it should be reported to the physician immediately.”

In a separate summary statement of deficiencies dated January 19, 2017, the survey team noted that the nursing facility had “failed to notify the prescribing physician of a delay in order treatment.” The facility “also failed to notify a resident’s representative of a change in condition and initiation of treatment” for the patient’s medical condition.

In a summary statement of deficiencies dated a 30 January 20, 2017, the state investigators documented that the facility had failed to “implement fall prevention interventions for one of four residents reviewed for falls.”

The investigators interviewed the Director of Nursing on the morning of August 29, 2017, who said that the resident fell in the room on April 4, 2017 “trying to transfer self.” The Director stated the “intervention was the addition of the tab alarm.”

The Director said that they were “not sure why the intervention was initiated since the fall occurred in the dining room.” The Director said that “the fall mat is not part of [the resident’s] Care Plan.” The investigators reviewed the facility’s policy titled: Fall Prevention that reads in part:

In a summary statement of deficiencies dated January 19, 2017, a state investigator noted the nursing home's failure to “readily identify an outbreak of rashes as potential transmission of communicable disease.” The nursing home also failed to “promptly initiate treatment” which “has the potential to affect all fifty residents currently residing in the facility.”

The investigator stated that “this failure also resulted in compromised skin integrity due to scratching, a bacterial infection of the skin, extremity, pain, and hospitalization for one of three residents reviewed for skin rashes.”

The Acting Administrator stated on the afternoon of July 17, 2017, that they had “reported staff discovered [the resident] had cellulitis and sent [the resident] to the hospital to be evaluated on December 27, 2016.” The Administrator said that “the facility received a phone call from the hospital physician reporting [the patient] had scabies (a contagious intensely itchy skin condition caused by a tiny, burrowing mite). The Administrator said that there were six residents at the facility that “still have rashes but all the rashes are improved” after receiving treatment.

The investigators reviewed a Hospital Discharge Summary dated December 29, 2016, dictated by the hospital list that says that a patient was “admitted following redness and swelling with pain on her right arm. In the ER, there were concerns for cellulitis. On the medical floor, we noted severe itching with subsequent scratching leading to boroughs and scales in some ulcerations. Most intense regions appear to be the groin, under the breast as well as finger webs and torso. We washed her and used [a medication].”

The document further stated that “Today, she is not in any distress and his feeding herself, she is no longer scratching herself and denied itching. Yesterday, she had an area of weeping on her chest. This [condition] was resolved, [and we are] discharging her back to the nursing home.”

The documentation shows that the hospital list “has spoken to them about having such an infection condition and the facility and suggest that they take necessary precautions. I believe [the patient’s] skin breakdowns were secondary to her intense scratching.”

Injured or Abused While Residing at Countryview Care Center - Macomb? We can Help

If your loved one has suffered an injury or died prematurely while a resident at Countryview Care Center - Macomb, call the Illinois nursing home abuse and neglect lawyers at Nursing Home Law Center at (800) 926-7565 now. Our network of attorneys fights aggressively on behalf of McDonough County victims of mistreatment living in long-term facilities including nursing homes in Macomb. Contact us now to schedule a free case review to discuss how to obtain justice and resolve a financial compensation claim.

Our seasoned attorneys represent residents who were harmed by caregiver negligence or abuse. We have years of experience in successfully resolving recompense claims to ensure our clients receive the compensation they deserve. We accept every case concerning wrongful death, nursing home abuse, and personal injury through a contingency fee arrangement. This agreement will postpone payment of our legal services until after our lawyers have resolved your case through a negotiated settlement or jury trial award.

We provide each client a “No Win/No-Fee” Guarantee, meaning you owe us nothing if we cannot obtain compensation for your damages. We can start working on your case today to make sure you and your family receive monetary recovery for your damages. All information you share with our law offices will remain confidential.