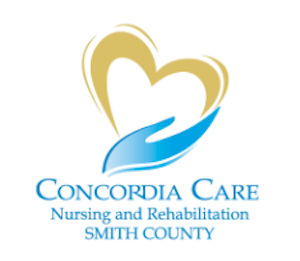 Many families have no other option than to turn over care of a loved one to caregivers in nursing facilities to ensure they receive the highest level of treatment and assistance. The medical professionals often entrust by families do not always have the best training or supervision to ensure they are providing care according to acceptable standards. In some facilities, the residents become the victims of mistreatment, abuse or neglect.

If caregivers or other residents victimized your loved one, the Tennessee Nursing Home Law Center attorneys can provide immediate legal intervention. Let our team of lawyers begin working on your behalf to ensure your family receives monetary compensation to recover your financial damages. We can use the state’s criminal laws and civil procedure to hold those responsible for causing your harm legally accountable. We can provide immediate intervention starting today.

This Medicare/Medicaid-participating nursing center is a "for profit" facility providing services and cares to residents of Carthage and Smith County, Tennessee. The 124-certified bed long-term care (LTC) nursing home is located at:

The investigators working for Tennessee and the federal government are legally authorized to impose monetary fines or deny payment for Medicare services if a nursing facility has been cited for serious violations of regulations. Within the last three years, Concordia Nursing and Rehabilitation - Smith County has been fined twice by the government including a $12,155 fine on May 4, 2016, and a massive $96,512 fine on October 26, 2017, for a total of $108,667 due to substandard care.

During the last thirty-six months, the facility has received three formally filed complaints and self-reported four serious issues that resulted in citations. Additional documentation about fines and penalties can be found on the Tennessee Department of Health Nursing Home Reporting Website concerning this nursing facility.

To ensure families are fully informed of the level of care every nursing home provides, the state of Tennessee routinely updates their long-term care home database system. This information reflects a comprehensive list of opened investigations, safety concerns, incident inquiries, dangerous hazards, filed complaints, and health violations that can be found on numerous sites including Medicare.gov and the TN Department of Public Health website.

“Verbal, sexual, physical, and mental abuse, corporal punishment, involuntary seclusion, and neglect of the patient as well as mistreatment, injuries of unknown source, and misappropriation of patient property are strictly prohibited. Misappropriation is defined as the deliberate misplacement, exploitation, or wrongful, temporary, or permanent use of a resident’s belongings or money without the resident’s consent.”

“Nurses report any discrepancy in controlled substance medication counts to the Director of Nursing Service (DNS) immediately. Facility management should investigate and make every reasonable effort to reconcile reported discrepancies.”

“The investigation included interview, medical record reviews, observation of facility practices related to the handling of controlled substances; evaluate if losses associated with or attributed to specific individuals; identify any potential negative impact on patient’s condition or safety.”

A facility investigation involving controlled substances was conducted in January 2017. As a part of the investigation, surveyors documented that the Narcotic Sheet was missing on January 3, 2017, and that all “medication carts were checked and the pharmacy was called to verify delivery.”

The investigation also showed that a comprehensive Medication Administration Record (MAR) “to cart audits were done on all carts” and the “pharmacy was requested to do a complete audit of delivery.” The “narcotic shift-to-shift tracking log was also missing.” The facility conducted interviews with “licensed nurses who had access to the carts,” and the Executive Director and Corporate Office were notified.

The facility notified the local police of the missing controlled substances and the “suspected nurse was terminated” after not showing up “for her shift on January 4, 2017, at 6:00 PM through 6:30 AM nor any subsequent shifts” and the “suspect was unable to be reached by telephone.”

In a summary statement of deficiencies dated mark July 20, 2018, the state investigators noted that the nursing home had failed to “protect a resident’s right to be free from misappropriation of property.” The deficient practice by the administration and nursing staff involved one resident. The state survey team reviewed the facility policy titled: Drug Diversion, POL 602.23 that was revised on November 28, 2017, that guides the administration and nursing staff on how to investigate medication cart discrepancies and report the incident to the appropriate authorities promptly.

The incident in question involved a resident who brought a bottle of their medication from home. The facility investigation that occurred on January 30, 2018, discovered that “five pills were missing from the bottle that the resident brought in from home. Continue review revealed an investigation was conducted including staff interviews as well as police involvement. Further review revealed one nurse confessed taking the pills.” The nurse was terminated, and the facility reimbursed the resident with the missing pills.

The facility also re-educated all nurses at Concordia Nursing and Rehabilitation – Smith County on narcotic counts and how to use count sheets “when doing a change of shift counts as well as” observing a counting when a resident brings medications from home. The survey team interviewed the Administrator and Director of Nursing on the afternoon of March 7, 2018, that revealed that “neither was in the facility when the diversion occurred.”

In a summary statement of deficiencies dated October 26, 2017, the state investigator documented the facility’s failure to “ensure one resident of fifteen residents reviewed was free from misappropriation of property.” The surveyors conducted a comprehensive review of law-enforcement arrest reports, facility policies, medical record reviews, and the facility investigations and performed their interviews to identify the deficient practice. Also, the survey team reviewed the facility policy titled: Abuse dated October 20, 2016, that reads in part:

A Licensed Practical Nurse (LPN) providing care to the resident provided a written statement dated October 15, 2017, revealing that the resident “stated she had a $60 gift cards stolen from her pink wrist change purse.” The resident also said that “a Tech (Certified Nurse Aide) who took the card came to her room on the night of October 14, 2017, after hearing she reported the gift card stolen.” The Tech said, “really, you borrow money off of me for weeks and then pay me back with the gift card and then report it stolen.”

The surveyors reviewed a law-enforcement arrest report dated October 14, 2017, that revealed that the law enforcement “proceeded to speak with [the resident] who advised that she had a visa gift card missing from her change purse and presumed it had been stolen. She further advised the gift card was valued at $60.”

The resident’s sister “checked with visa customer service and found that the card had been used. Visa records indicating that a total of $49.47 had been spent. A check of the local store video footage shows a white female [purchasing] with the card number provided. A good photo was printed and taken to the Charge Nurse who recognize the lady as one of the night shift nurses.”

The Certified Nursing Assistant (CNA) in question “admitted to using the card as witnessed on the video but claims she paid [the resident] cash for the card. To verify the statement, [law-enforcement called the resident] and she actually denies the theft happened.” The CNA “showed obvious intent to deprive the owner of certain property without her effective consent.” The CNA “was placed under arrest.”

The CNA provided a written statement to law enforcement dated October 14, 2017, revealing that they had “worked on Wednesday night… in the 700 Hall.” The CNA stated that the resident asked to give her cash for “her prepaid debit card because it was not a cash-back card and no one would take her card and get anything for her.” The Certified Nursing Assistant told her that they “only had $60 and [the resident] said it had 50 something on there, so [the CNA] gave her three $20 bills and” the resident gave the CNA the card.

Were You Injured, Abused or Mistreated While a Resident at Concordia Nursing and Rehabilitation – Smith County?

If you, or your loved one, have been injured or harmed while living at Concordia Nursing and Rehabilitation – Smith County, call the Tennessee nursing home abuse lawyers at Nursing Home Law Center at (800) 926-7565 for legal help. Our network of attorneys fights aggressively on behalf of Smith County victims of mistreatment living in long-term facilities including nursing homes in Carthage.

Our dedicated attorneys have represented clients with victim cases involving nursing home mistreatment. With our years of success, our lawyers can assist your family in successfully resolving your financial recovery case against all those who caused your loved harm. Contact us now to schedule a free case review to discuss how to obtain justice and resolve a financial compensation claim. Let us begin working on your behalf to ensure your rights are protected.

Our network of attorneys accepts all nursing home abuse lawsuits, personal injury claims, medical malpractice cases, and wrongful death suits through a contingency fee arrangement. This agreement postpones the need to pay for our legal services until after our legal team has resolved your claim for compensation through a jury trial award or negotiated settlement out of court. We provide each client a “No Win/No-Fee” Guarantee, meaning you owe us nothing if we cannot obtain compensation for your damages. We can start on your case today to ensure you receive compensation for your damages. All information you share with our law offices will remain confidential.