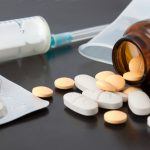 Due to the precarious health condition of so many nursing home residents, incidents are bound to happen but medical errors have the capacity to exaggerate their effects.

Plus, when nursing home staff serve as both caretaker and medical provider, they have the ability to do great damage to residents.

In the next section, we provide summaries of nursing home lawsuits where that unfortunately happened:

This wrongful death lawsuit was brought on behalf of a recently deceased nursing home resident. She apparently died from a medication overdose as well as a urinary tract infection.

Her lawyers maintained that the facility staff ignored the instructions of her doctors, gave her too large of doses of the medication, and gave her the medication too frequently as well as ignored her catheter which led to an infection.

As a result, according to the allegations within the complaint, she passed away and left her family with enormous pain, suffering, and expenses. However, they were not the last word on the matter.

The defendant denied that its actions caused the infection or that the infection led to her death though they were largely silent as to the claims surrounding the overdose.

After they both had their chance to make their case, the jury found for the plaintiffs and gave them $200,000 for compensatory damages and $3,500,000 for punitive damages.

However, the judge used his power to lower that last figure to $200,000 so the family only saw $400,000 which is surprising because of the following:

Here, the resident was admitted to the nursing home after he had undergone surgery to fix a broken hip. He had it replaced and then got sent to the home to receive care and rehabilitative treatment. However, he was also experiencing complications related to pneumonia, dementia, and a recent stroke.

At some point while he was recuperating, his condition started to deteriorate. His family and nurses pleaded with the staff but they delayed his transfer to the hospital for several hours at which point doctors determined that there was nothing they could do to save him.

His family quickly brought a lawsuit against the nursing facility as well as the administrative consulting company that advised them.

Their lawsuit contained a variety of allegations including wrongful death and negligence. Specifically, they claimed that the home did not properly supervise him or transfer him in order to preserve his health.

They sought nearly $10,000 in compensation for expenses and much more for their emotional distress and the decedent’s pain and suffering prior to dying. The defendants tried to make the argument that there was nothing they could do to prevent this outcome based off of his serious pre-existing conditions and this may have worked in court but they didn’t get that far.

They settled before it even began for $300,000 and here are a few reasons why that might have happened:

This case had all the look and feel of a bed sore case but in actuality, it was more about medical errors. It resembled more of the latter because the victim came into the nursing facility as a high risk for developing bed sores and the home was given strict instructions regarding their prevention. However, they didn’t follow them.

They failed to create a plan to stop the spread of sores; they failed to reposition her properly; and the failed to inspect her sufficiently to identify them before they appeared and became infected.

Additionally, it was only because one brave employee surreptitiously told the family about the bed sores that they found about them. At that point, they rushed the man over to the hospital but it was too late.

The bed sores had already advanced to a fatal state and he died a few days later. The family sued the nursing home for damages and claimed negligence, wrongful death, fraudulent disclosures, and intentional infliction of emotional distress.

The defendant didn’t agree. It argued the man’s other conditions, specifically his Parkinson’s, were the reason why he died.

However, the jury was more convinced by the plaintiffs’ claims and awarded the family $3,200,000.

Here are some important points about this nursing home verdict:

This case went all the way to trial and that might seem surprising because it was relatively straightforward on the facts. The victim was an elderly man just beyond the age of ninety who passed away in the nursing home he had been living at for several years. However, why he passed away was the source of contention in this lawsuit.

His family believed that the reason why he died was because of the facility’s negligent conduct. In the lawsuit it filed in Colorado court, they argued that the home failed to give him his medication as well as proper nutrition and this led to his death.

The defendant nursing home believed that the man just died from old age and that there was nothing it could have done. Normally, we see these kinds of cases settle but the two sides were too far apart, literally hundreds of thousands of dollars apart so the matter was put before a jury.

After they each had their say, the jury sided the family and gave them $150,000. Here are a few points that can help us understand this amount:

This case was for negligence and wrongful death but the award was markedly lower than the Colorado average for this type of lawsuit which could mean the jury wasn’t that convinced by either side. The family claimed economic damages of nearly half the award so the other half that the jury gave was most likely for non-economic injuries like lost companionship.

The medical error involved in this incident had to do with diabetes treatment. A nursing home resident was supposed to receive daily insulin shots as well as other medications. However, according to the lawsuit his family filed shortly after he died in the facility, that is not what he got.

They didn’t give him his treatment regularly and when they did it was performed in a shoddy manner. The injection sites became infected and he suffered complications from irregular and sporadic treatments.

They alleged this sped up his death and increased his pain and suffering prior to passing away. They sought compensation for these injuries as well as the costs they incurred because of the defendant home’s negligence.

The nursing facility initially rebuffed these demands because they felt the man would have died regardless of these allegations.

However, they soon reversed course and agree to settle for $500,000.

Here are some insights into this agreement:

As difficult and frustrating as medical error incidents in Colorado are, it’s important to have focus when looking your case so that you can predict success or failure. Here are some takeaways to remember:

If that is the case, then we can come in and make sure that you get the recovery that you deserve. Attorneys at Nursing Home Law News have worked for many years for many nursing home residents and we can for you too!

Also, we work on contingency so that you don’t pay for anything if you’re not satisfied. The only thing you have to do is give us a call. Don’t wait! Contact us today.