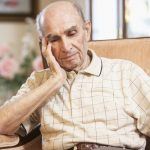 Inadequate care incidents trigger some of the most nursing home lawsuits in Colorado because it’s an all-encompassing term. It’s an umbrella category of suits for whenever a nursing home generally messes up and injures a resident.

Many of them involve malnutrition, dehydration, neglect, or other circumstances.

Here are some actual Colorado cases of inadequate care that ended in either settlement or verdict:

This story’s victim was just in his early sixties. Prior to the events described in the lawsuit, the only significant health condition he experienced related to obesity but this didn’t present any long-term serious implications. However, over a course of several months, he contracted bed sores and urinary infections.

He also developed problems related to malnutrition, weight loss, dehydration, and many other issues. He had to be taken to a hospital for critical treatment of all these health conditions.

After he was brought back to a stable status, he still retained scars and long-term problems from what happened. Due to this fact, and the tremendous toll that the incident cost him, he decided to sue the nursing home that was caring for him as well as another company that was administering the facility.

He argued that they committed a whole host of errors which led to the multiple injuries he sustained there. However, they denied all of them and refused to settle.

At court, they argued that the man’s obesity and other pre-existing conditions rendered his injuries unavoidable.

Here are some important takeaways from this nursing home verdict:

The nursing home resident that was injured in this case was seventy-six. He had Parkinson’s and Alzheimer’s so, needless to say, he struggled to take care of himself on a daily basis. The home he was staying at was tucked in Montrose County, Colorado. According to the allegations within the complaint, on one particular night he was told to go take a shower.

While in there, he scalded himself because the water was set well above one hundred degrees. He sustained second and even third degree burns across his chest, back, arms, and legs despite only being in the shower for a few minutes. His lawsuit cited the facility for failure to monitor him, check the water temperature, and otherwise care for him.

It sought damages for pain, suffering, disfigurement, medical bills, and other tangible and intangible harms. The defendant did not think that it was responsible. It contended that it had no duty to warrant the safety of the shower and that the plaintiff was comparatively negligent such that it shouldn’t be held liable.

However, just after the case began to start, they both settled for $900,000 and here are some insights as to why:

The nursing home resident in this situation was forty-one and a quadriplegic. He filed documents in a Denver, Colorado courthouse stating he sustained bed sores, burns, and mental anguish while living in the facility.

He sought damages for the financial expense, bodily injury, and mental suffering that these harms brought into his life. His lawsuit targeted the nursing home as the responsible party because, in his opinion, it did not properly hire, train, or monitor its workers.

Consequently, he didn’t get the kind of care that he deserved and this led to his injuries. For instance, they didn’t clean him for a long period of time and this forced him to set in his own feces for several hours on one occasion.

But there were other examples. However, the defendant still refused that it was at fault and shot back that the resident-plaintiff was hostile and wouldn’t allow them to help him.

Failing to find common ground, the matter went to court where a jury heard the merits of both of their arguments.

After reviewing the facts, it rendered a verdict in the amount of $3,200,000 for the plaintiff.

If that number seems high, think about the following:

This dispute was largely a matter of neglect and abandonment. The victim was a woman in her late eighties. She had several chronic diseases and required care at all hours of the day. That is not what she received. On more than one occasion she fell down, was ignored when cried out for help, and didn’t receive the attention that she deserved.

As a result, she broke her hip and elbow as well as suffered a downward spiral in overall heath. The doctors determined that her health precipitously declined in a matter of months and for no apparent reason even including her pre-existing issues.

She brought against the nursing home not long after and alleged that its neglect was the reason for this development. It argued otherwise.

It pointed to her previous conditions and said that they were to blame. However, its own faults were bare and it changed course eventually.

Here are some factors that might have weighed on the defendant prior to settling:

This nursing home settlement involved a long series of mistreatment. The culmination of this conduct came when the eighty-seven-year-old woman passed away at a local Denver, Colorado hospital. The family didn’t even consider bringing a lawsuit until doctors and staff notified them about the signs of neglect and mistreatment that the deceased woman had.

After some inspection, they learned that she suffered from malnutrition, dehydration, and other symptoms of inadequate care at the hands of the nursing home where she was living.

Therefore, they chose to file a lawsuit against the facility and alleged that its negligent service increased her suffering and lowered her quality of life before she passed away.

They sought damages for her ordeal as well as the expense that it caused them. Out of hand, the defendant refused that anything indicated she had suffered from mistreatment.

It also denied it was responsible even if she was suffering and denied that she suffered as much as the plaintiffs claimed.

However, fearing the time and expense of trial, it offered to settle and the plaintiffs accepted for $500,000 maybe for some of these reasons:

This case involved a series of events that basically took place over a few hours. The nursing home resident at the heart of the event was eighty and experienced respiratory issues. One morning she began to struggle to breathe and rang for help but the staff was tardy in arriving.

Then, even when they determined she needed to be transferred to a hospital, they waited to call and it took them almost three hours to bring her to the emergency room.

Eventually, doctors were able to stabilize her condition but she had to remain in the hospital. She ended up dying about three months later. In court documents and at trial, her lawyers maintained that this inadequate care lowered her chances of survival and her quality of life before she passed away.

They argued that but for its negligence she would have lived a longer and happier life. The defendant’s main defense was that she was sick and old and all of this would have happened anyways. The jury disagreed.

They gave the plaintiffs $125,000. Here are some points to put this figure in context:

Nursing home negligence can have ramifications well beyond the health of the company. They can leave their residents in pain, debt, and even dead. Take a look at these takeaways to make sure you know what’s going on with inadequate care cases:

Were You Harmed Because of a Colorado Nursing Home’s Negligence?

Attorneys at Nursing Home Law News investigate nursing home negligence to see whether or not residents deserve compensation. If you or someone you know and love were injured because of a facility’s misconduct, then call our offices.

We can make sure that you get all the recovery that you need under the laws of Colorado. Also, we won’t charge you for anything if you’re not satisfied with the outcome.