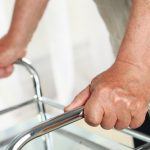 Nursing home residents in Colorado constantly fall from their beds, wheelchairs, stools, and other surfaces. When they do, it is normally not a minor incident. They frequently break bones, suffer concussions, and receive other serious injuries.

These harms come with fundamental consequences including medical bills that can be in the range of tens of thousands of dollars and a life of unending pain and suffering.

Below we have included some Colorado nursing home cases that involve falls. If you fell down while living in a nursing home, contact our offices so that you get the help that you need:

Denver, Colorado nursing home fall case. The victim at the middle of this controversy was a woman in her late seventies. She was admitted to the nursing home in question just before the events involved in this lawsuit because she recently underwent spinal surgery and needed care and attention. Prior to her entrance into the facility, she and her family members asked a number of questions about the home’s capability especially related to past practices and current policies. Satisfied with those answers, she decided to live there.

However, she quickly found that the service was not as promised. Food was not delivered on time; the facility was understaffed; and the care was not consistent. For example, on one occasion, she needed to use the washroom so she rang for assistance. Unfortunately, after waiting a long time, no employee ever came to help so she tried going by herself. It didn’t go well. She fell down and rolled her ankle. Despite claims that she was fine from the staff, her family still took her to the doctors where they diagnosed her with a broken ankle and foot.

She died not long after and her estate decided to sue the nursing home for negligence and wrongful death. They argued that its negligence caused her great pain and suffering and led to her death. The jury agreed that the home had a part to play so awarded the family $375,000 but also gave her 25% of the fault so her recovery was $300,000. The judge then reduced that to $225,000 per his prerogative. Here are some important points about this recovery.

Denver, Colorado nursing home fall case. The nursing home resident in this case was an elderly man in his early eighties. He was suffering from Alzheimer’s disease and dementia at the time of the accident. What apparently happened was that the nursing home staff called everyone for a meal and he fell down while he was walking to the lunch room.

He broke his elbow and arm and had to be taken to a hospital for treatment that lasted a few weeks. He sued the nursing home for negligence and argued that its deficient supervision and care cost him thousands of dollars in medical bills, pain and suffering, and long-term reduced quality of life. The nursing home disputed that it was their fault. They argued that they hadn’t called anyone for food yet and that he left his room of his own accord.

Consequently, he assumed the risk of any injuries that might have occurred. Yet, this cause of action didn’t get far because both sides found room to settle for $150,000. Here’s why they probably agreed to move on and avoid trial:

El Paso, Colorado nursing home fall case. The plaintiff at the center of this storm was an elderly woman in her late eighties. On one Sunday afternoon, she stumbled out of bed an injured her hip. In fact, after doctors examined her injuries and reviewed her x-rays, they discovered that she fractured it and needed a replacement surgery. She went through with the procedure but it still left her with great pain and suffering up until the time that she died from unrelated causes approximately ten months later.

Representatives for the woman’s family decided to seek recovery in a Colorado court of law so they filed a complaint against the nursing home. The suit alleged that the facility should have installed bedside rails and other devices to prevent her from falling. Additionally, it also complained that it should have employed and trained employees better so that this wouldn’t happen.

Finally, it argued that this caused her great pain and suffering which sped up her death and reduced her life quality before then. The defendant denied these charges and all responsibility but still offered to settle and gave them $250,000. Here’s why they might have received that specific amount:

Otero County, Colorado nursing home fall case. The resident in this Colorado nursing home accident was a retired veteran in his early eighties. He had been living at the nursing facility for several years before the falls and was quite healthy besides the normal effects of old age. He needed a walker to get around the home, sometimes a wheelchair.

On one particular day, he asked for assistance to get about the place. In fact, he called several times over a number of hours but nobody ever came to help him. After not being able to wait any longer, he decided to go himself but he fell twice and was unable to get up. Nurses found him nearly twelve hours later on the floor unconscious. Doctors later discerned that he broke his ankle and sustained a concussion. The man brought a lawsuit against the nursing home to recover recovery for the accident.

He argued that their negligent supervision and care led to his falls and immediate injuries. He also said that the brain damage led to long-term pain and suffering, disability, and significant reduced life quality. The defendant denied fault but agreed to settle for $500,000 most likely because of the following:

Denver, Colorado nursing home fall case. This lawsuit involved a relatively young man compared to other residents in Colorado nursing home. He was in his late twenties. He was living at the facility because he was struggling with a birth injury and needed care around the clock. He went about the nursing home on a wheelchair and used a tracheotomy tube throughout the day in order to breathe properly.

One night, some of the nursing home staff helped him get into bed and go to sleep. However, at some point, he fell out of the bed and injured himself. Matters were made worse when his tube was dislodged and disrupted his breathing. Eventually, nurses found him on the floor and helped him back up but not before he was critically hurt. Emergency staff rushed him to the hospital for care and saved him but he still sustained brain damage and a broken arm.

He sued the nursing home for damages. His complaint argued that it should have installed bedrails, increased supervision, and notified emergency services faster. The defendant replied that it did everything it should under the law and that any injuries he sustained were not its fault. The jury found for the sympathetic plaintiff, however, and awarded him $750,000 for some of these reasons:

After you read the Colorado nursing home verdicts above, take a look at these points so that you can make sure you understand what’s important:

Were You Hurt From a Fall in a Colorado Nursing Home?

Did someone you know fall from a bed in a Colorado nursing home? If so, then we can help you. Our lawyers exclusively work to make sure that residents get the recovery that they deserve. But it’s not easy so we put all of our team to work on each and every case.

Also, we’ll represent you on contingency so that you don’t have to worry about any expense. Just call us today to hear about how we can help you. You deserve it!