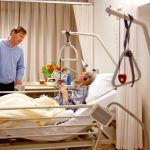 Bed sores might seem like small, little blisters that are unavoidable in daily life at a nursing home but in actuality, they are a large and fatal problem spreading across the state of Colorado and the country.

They normally arise because residents lay or sit too long without moving. The real problem comes through when they crack and infections flood in and spread to the neighboring tissue, bones, and muscle. At that point, there is little that can be done and a nursing home resident’s life is in danger.

Here are a few Colorado nursing home cases that deal with bed sores. If you have any further questions, reach out to a nursing home abuse lawyer from Nursing Home Law Center LLC today.

This cause of action began as soon as the main person involved died. It was an elderly woman who passed away. She was eighty-four to be exact. Prior to her passing, she was living at a nursing home for nearly six years and was in the middle of a battle with cancer. Just a few days before her death, she was taken to the hospital for emergency services but she did not last long.

As her family and representatives were taking care of her body and estate, they noticed that she had developed bed sores. Upon further examination and inspection, they discovered that the sores had even progressed down into her bone.

The bed sores were located along her lower back and heels. The family decided to sue the nursing home. Its complaint rested on the central premise that the defendant’s negligent care allowed these sores to emerge and that this caused the recently deceased woman great pain and suffering prior to passing away.

The defendant did not accept these contentions and instead offered that it did everything it should have. Further, it stated that the woman would have sustained these injuries regardless of what it did.

However, it was still motivated to settle and the woman’s family received $500,000 probably for reasons such as the following:

This bed sore settlement was sought at the behest of the victim’s family after they learned of the tremendous horror and injury he endured during his time at the nursing home.

He entered the facility because he previously suffered a stroke, and combined with his dementia, meant that he could no longer take care of himself. Therefore, he expected consistent and sufficient monitoring, care, and supervision.

In fact, that is exactly what the nursing home promised him and his family before he entered the home. Tragically, the difference between promise and delivery was a mile wide. The nursing home staff never conduct a risk assessment to determine if he had bed sores when he was first admitted. Then, adding insult to injury, they never checked him on a regular basis to see if they were popping up and spreading.

Consequently, he developed them all over his body and they go so bad they went down to his bone.

In documents later filed in court, his representatives claimed this caused infections that took his life. They argued the negligent service of the nursing home was responsible for this entire chain of events and sought recovery for various damages.

The nursing home demurred on these points but offered a settlement not long after the complaint was put in court.

Here are some facts that might explain why they got so much money:

The injured resident here was a man in his early sixties. He was severely obese and experiencing complications related to diabetes when nursing staff members noticed he had bed sore in stage two and three along his lower back and upper legs. They spoke to the resident about this problem but failed to timely notify his doctors.

In fact, weeks went by before they were contacted and a few of his bed sores even progressed to stage four. Finally, they were told and he was brought to their attention. The physicians performed debridement and related procedures in order to correct the issue but the man still suffered scars and lots of pain.

He sued the nursing for negligence and argued that they should have provided better attention and brought him to the doctors faster.

Due to these failures, he claimed he suffered anguish, disfigurement, and significant bills. The nursing home replied that it did all it could as quickly as it could.

However, fearing the unknown at trial, it sought the predictability of settlement and offered the man $375,000 in a confidential agreement.

The plaintiff accepted, possibly for some of these reasons:

The nursing home victim in this Colorado case was admitted to the facility after undergoing hip replacement surgery. He was seventy-nine and also suffering from a variety of other health problems at the time.

However, when he first entered the nursing home, his doctors specifically instructed the staff of the nursing home that he was a high risk for pressure sores because of his lack of mobility.

However, they didn’t heed the advice of the physicians. Nursing home employees didn’t prepare an assessment and care plan for the man in order to prevent the rise and spread of sores. Subsequently, the man actually did develop them and they progressed quite rapidly and seriously.

Eventually, he needed surgery to remove them but this didn’t stop him from developing an infection. Just a few weeks later, he passed away. His lawyers cried foul and blamed the whole chain of events on the nursing home for the failures mentioned.

On the other hand, the defendant pointed to the man’s other health issues and said they were not as insignificant as they claimed.

However, they didn’t want to fight the matter in court and offered a healthy settlement of $500,000 which they accepted.

Here’s why they might have agreed to this confidential agreement:

This case was so disturbing because it was so foreseeable. The victim came into the nursing home already with bed sores-stage two and stage three. His doctors sent him there with specific instructions as to his care.

In fact, prior to being admitted to the facility, the nursing home made crystal-clear warranties about how they would treat him and his bed sores while he stayed there. As you might be able to guess, they didn’t follow through on those promises.

Records show, they didn’t check on him or inspect his bed sores (at various times called pressure sores) for days at a time. Additionally, they didn’t provide him with proper equipment or move him regularly in order to prevent a worsening of the situation.

Well, it got worse. It got a lot worse. They developed into stage four and became infected. He got sepsis and died about two months later.

The whole chain of events lasted approximately a half year. His lawyers brought an action on behalf of his family to seek recovery from the nursing home.

They pointed to his relatively healthy status before moving into the facility and then claimed his rapid descent and death was due to its negligence. They sought significant compensation for his pain before dying as well as the costs they bore because of it.

Here’s a glimpse into why they might have been so successful in court:

However, be sure to keep these things in mind when reading the cases listed above:

Did Your Family Member get a Bed Sore While Living at a Colorado Nursing Home?

Our team of lawyers has worked on many cases involving bed sores in Colorado. We can handle your case so that you get every dollar of recovery that you deserve under the law. It won’t be easy but with our experience, capabilities, and devotion, it will be possible.

Plus, we don’t charge a dime for our services if you don’t get the compensation that you need. It’s that simple. Contact Nursing Home Law News today to start down the path to recovery!