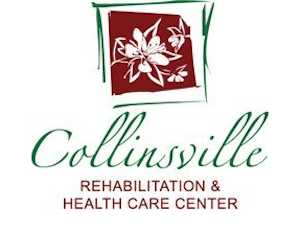 Many families have no other option than to entrust the staff in a nursing facility to provide the highest level of care to their elderly, rehabilitating, disabled or ill loved one. Unfortunately, many nursing home patients are victimized through abuse, neglect or mistreatment by the staff, employees or other residents.

If your loved one was harmed while residing in a Madison County nursing facility, the Illinois Nursing Home Law Center attorneys can provide immediate legal intervention. Our team of nursing home neglect lawyers has successfully resolved many compensation cases just like yours. We have obtained monetary recovery for our clients to ensure those responsible for the harm are held legally and financially accountable. Contact us now so we can begin working on your case today.

This Medicare/Medicaid-participating center is a 94-certified bed facility providing services to residents of Collinsville and Madison County, Illinois. The "for profit" long-term care (LTC) home is located at:

The federal government and the state of Illinois routinely monitor every nursing facility to identify serious violations of established rules and regulations. The agencies can levy monetary fines or deny payments through Medicare when problems are found. Typically, these violations result in penalties when investigators identified severe problems that harmed or could have harmed a resident.

Within the last three years, Collinsville Rehabilitation and Health Care Center received eighteen formally filed complaints all due to substandard care. Additional documentation about fines and penalties can be found on the Illinois Department of Public Health Nursing Home Reporting Website concerning this nursing facility.

To ensure families are fully informed of the services and care that their long-term care facility offers in their community, the state of Illinois routinely updates their database system. This database contains a comprehensive list of dangerous hazards, filed complaints, safety concerns, health violations, opened investigations, and incident inquiries of nursing homes statewide.

This information is posted on the IL Department of Public Health website and Medicare.gov. The data can be used to make an informed decision before placing a loved one in a private or government-run facility.

In a summary statement of deficiencies dated October 24, 2017, the state investigators documented that the facility had failed to “provide necessary care and services and timely identify and assess/monitor a significant change in health condition for [a resident] reviewed for necessary care and services.” The deficient practice by the nursing staff resulted in a resident being hospitalized after “she went unresponsive.”

The facility received a physician’s telephone orders on September 22, 2017, to discontinue the resident’s medicine and start a new medication. However, when the investigators reviewed the resident’s Nurses Note dated September 23, 2017, at 5:00 AM, there was “no change noted.” The documentation shows that antibiotic therapy was started. The resident’s Nurse’s Notes documented “no discomfort or pain when asked, and tolerating fluids well. Will continue to monitor. The next entry is 10:30 AM and documented denied pain/discomfort.”

The resident’s September 24, 2017 Nurse’s Notes at 1:30 PM documented by a Licensed Practical Nurse (LPN) shows that the resident’s temperature is still afebrile [without a fever] with no adverse effects, fluids encouraged [because of] burning when urinate [and] excoriated skin.” Subsequent Nurse’s Notes revealed no adverse reactions to the medication and no voices of concern from the patient.

On October 11, 2017, an LPN stated that the resident “had been getting more confusing and lethargic, something different about her in a week [before] or transfer.” The LPN said that the resident would “usually get up early in the morning and then started to get up by noon.” The LPN said, “she would also say ‘off the wall’ things that could not recall anything specific except that [the resident] would look for things that were right in front of her and turn her light on when she could not find it.”

The investigators interviewed the facility’s Director of Nursing/Registered Nurse (RN) who stated that the resident “was alert and oriented times three but understood that she was a little confused the last few days [and] needing more help.”

During an interview with the primary physician on October 18, 2017, he said “he would have wanted to know if [the resident] had exhibited an overall decline in mobility and cognition in the days [before] becoming unresponsive, as he would have done something sooner. When told the nurses repeatedly documented no adverse effects in the Nurse’s Notes but acknowledged in an interview that [the resident] had an overall decline, [the physician said], ‘they should write what they see and let him know.’”

In a summary statement of deficiencies dated February 1, 2018, the state survey team documented that the nursing home had failed to “remove a medication [patch for a resident] reviewed for medications.” The investigators reviewed the resident’s admission record and medical records. A review of the resident’s Physician’s Order Sheet dated January 15, 2018, and the Nursing Admission Assessment dated the same day did not document that the resident had a medication patch.

On January 24, 2018, the resident’s Nurse’s Notes document that the resident “was sent to the emergency room of the local hospital.” The investigators interviewed the facility Social Worker at the local hospital who said that the resident had a medication patch “on his chest” on January 14, 2018, against doctor’s orders. The survey team reviewed the facility’s Medication Administration policy dated July 3, 2013, that “fails to address the removal of topical patches when discontinued.”

In a summary statement of deficiencies dated September 13, 2017, the state investigators documented that the facility had failed to “adequately supervise residents to prevent elopement [wandering away].”

The investigators reviewed the resident’s MDS (Minimum Data Set) and BIMS Brief Interview of Mental Status that shows a moderately, cognitively impaired resident “needs supervision in all activities of daily living including locomotion on-and-off the unit.” A review of the resident’s Care Plan dated June 20, 2017, shows that the resident “is known to wander, may seek to leave the [nursing] home. Approaches: seek alternative/diversion all activities for exit seeking behaviors. Share successful strategies with others, 1:1 close and constant monitoring when the resident is agitated and not easily redirected from exits and wandering.”

The Care Plan shows that the resident “mainly has to keep walking to get away from the voices that keep bothering him. Comments: The resident is closely monitored – he loves to walk a lot – out of the building and goes at a very rapid pace when he is inclined to be more emotionally upset and hearing voices. States he walks more to help get away from the voices. He has to be watched closely for approaching exits and monitored closely by staff. Personnel has been known to take him on walks outside the building to help release some of his energy.”

The resident’s Elopement Evaluation dated July 5, 2017, shows that the resident “is a high risk for elopement and determined to be at risk of leaving the home unattended.” The patient’s Situation Background Assessment Recommendation (SBAR) Communication Form dated September 10, 2017 reveals that on that day the 200-Desk show that a “patient had gotten out the front door and fell on the sidewalk” with a “small abrasion to hands noted, abrasion to the left forearm, elbow and both knees noted.” The documentation shows that the nursing staff notified the Administrator.”

The investigators reviewed the facility’s policy titled: Elopement Prevention revised in October 2006 that reads in part:

“It is the policy of [this facility] to provide a secure environment in which residents incapable of responsibility for self-care are protected from wandering outside of the facility unattended. This [goal] is achieved primarily through door alarms and individual triggering devices.”

In a summary statement of deficiencies dated September 30, 2016, the state survey team noted that the nursing facility had “failed to turn/reposition and treat pressure ulcers as ordered for three of nine residents reviewed for pressure ulcers.”

The survey team reviewed a resident’s MDS (Minimum Data Set) that showed that the resident is “severely, cognitively impaired and requires the total assist of two staff for transfers and bed mobility. The MDS also documents [that the resident is] always incontinent of bowel and bladder.”

The resident’s July 14, 2016, Care Plan shows that the resident “to be at risk for skin breakdown with interventions for staff to change the padding and give proper hygiene before and after meals, upon rising, after napping and as needed for incontinence.” The nursing staff is directed to “apply barrier cream after every incontinent episode.” The resident’s Nurse’s Notes dated September 22, 2016, shows that the resident “to have a healing Stage III pressure ulcer to his left buttocks measuring 0.4 cm x 0.4 cm x 0.2 cm” in depth.

The resident “was rolled to his left side. His paper incontinence brief was soaked with urine.” The resident “had deep red/white stripes across the bilateral hip/buttocks from the wrinkles from his brief.” The resident “had no dressing on his pressure ulcer and [one CNA] could not find one in the [resident’s] brief. Incontinent care was provided with no barrier cream applied. Care was completed at 12:35 PM and the creases across his buttocks/hips were still deep and red/white.”

The investigators interviewed the Director of Nursing who stated that the “facility’s policy documents [that] repositioning to be done at least every two hours.” The Director said that she checked the resident’s “ulcer weekly and stated it is dimpled down, which makes it difficult to treat.”

Mistreated at Collinsville Rehabilitation and Health Care Center? We can Help

Was your loved one injured or harmed while living at Collinsville Rehabilitation and Health Care Center? If so, call the Illinois nursing home abuse attorneys at Nursing Home Law Center at (800) 926-7565 now. Our network of attorneys fights aggressively on behalf of Madison County victims of mistreatment while residing in long-term facilities including nursing homes in Collinsville. Contact us now to schedule a free case review to discuss how to obtain justice and resolve a financial compensation claim.

Our reputable attorneys working on your behalf can successfully resolve your nursing home abuse victim case against the facility and staff members that caused your loved one harm. We accept all cases of wrongful death, nursing home abuse, and personal injury through a contingency fee arrangement. This agreement postpones the requirement to make a payment to our network of attorneys until after we have successfully resolved your claim for compensation through a negotiated out of court settlement or jury trial award.

Our network of attorneys provides every client a “No Win/No-Fee” Guarantee. This promise means if our legal team is unable to obtain compensation on your behalf, you owe us nothing. We can provide legal representation starting today to ensure your family is adequately compensated for your damages. All information you share with our law offices will remain confidential.