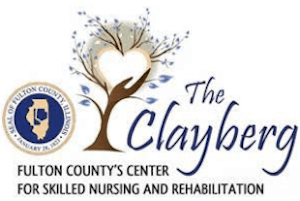 Mistreatment that occurs in a nursing facility is often the result of a failure to follow established standards of protocol. The nursing home might fail to educate the staff, provide adequate supervision, or monitor the resident’s medical conditions as a part of caregiving. In some incidents, other patients victimize loved ones through mistreatment, abuse, and sexual assault. Any form of neglect or abuse in a nursing home is inexcusable.

If your loved one was injured while residing in a Fulton County nursing facility, contact the Illinois Nursing Home Law Center attorneys for immediate legal intervention. Our team of Chicago nursing home abuse lawyers has successfully investigated and resolved many cases just like yours. Contact us now so we can begin working on your case today.

This Medicare/Medicaid-approved nursing home is a "not for profit" center providing cares and services to residents of Cuba and Fulton County, Illinois. The County government-owned 49-certified bed nursing facility is located at:

The federal government and the state of Illinois are authorized to penalize any nursing home with monetary fines or deny payment for Medicare services when the facility has been cited for serious violations of rules and regulations.

Within the last three years, The Clayberg Nursing Center receive four formally filed complaints and self-reported two serious issues that all resulted in citations. Additional information about fines and penalties can be found on the Illinois Department of Public Health Nursing Home Reporting Website concerning this nursing facility.

Our attorneys review data on every long-term and intermediate care facility in Illinois. Families can obtain the same publically-available information by visiting numerous state and federal government databases including the IL Department of Public Health website and Medicare.gov. This information is a valuable tool to use when choosing the best location to place a loved one who needs the highest level of services and care in a safe environment.

In a summary statement of deficiencies dated February 23, 2016, the state investigators noted that the nursing home had “failed to ensure that one resident was free from verbal abuse for one of three allegations of abuse reviewed. This failure resulted in [the patient] being verbally abused by [the Administrator] and being fearful of [the Administrator].”

“Verbal abuse is the use of oral, written or gestured language that willfully includes disparaging and derogatory terms to residents. The facility makes every effort to provide a resident sensitive and secure environment.”

The patient said during the conversation that if the Administrator “is going to speak to me that way, she should not do that job.” The resident said that “she certainly felt the way [the Administrator] spoke to her was abusive.”

On February 17, 2016, a Licensed Practical Nurse (LPN) stated that seven days before she and a visitor along with a Registered Nurse (RN) “were at the nurse’s station and they observe [the resident] propel her wheelchair into the Administrator’s office.” The LPN said that she heard the Administrator “yelling at the resident, ‘you are just here to argue about money, aren’t you? I told you very clearly that [social services] will be back tomorrow and that is who you need to talk to. But no. You want to sit in here and argue with me, do not you?’”

In a summary statement of deficiencies dated April 6, 2017, the state survey team noted that the nursing home had “failed to perform hand hygiene and change their gloves during pressure ulcer care.” The facility also failed to “follow the physician-prescribed treatment for two of three residents reviewed for pressure ulcers.”

“Verify that there is a physician’s order for this procedure. Review the resident’s care plan, current orders. Check the treatment record.”

In a summary statement of deficiencies dated April 6, 2017, the state investigators documented that the facility had failed to “safely turn a resident [and] failed to have protective skin sleeves on a resident to prevent skin tears.” The nursing staff also failed to “transferred a resident using a gait belt.”

This deficient practice involved three of four patients reviewed for increased activities of daily living help.” The investigators interviewed the Director of Nursing who said, “she should have used a gait belt with transfers for safety, and it is expected with a one [person] assist to transfer.”

“Use alcohol-based hand rub containing at least 62% alcohol and alternatively soap and water for the following situations: Before moving from a contaminated body site to a clean body site during resident care; after contact with blood or bodily fluids; after removing gloves.”

Observations were made of a resident just before noon on April 3, 2017, when the resident “was continent of bowel and bladder on the toilet.” A Certified Nursing Assistant (CNA) provided perineal care to the resident while removing their gloves without washing/sanitizing [their] hands.” The CNA proceeded to redress the resident and assisted the resident back to a wheelchair “using the stand-assist machine without the help of [the other certified nurse].” Both CNAs repositioned the resident in the wheelchair. Only one CNA “removed her gloves and washed her hands.”

In a separate summary statement of deficiencies dated June 9, 2016, the state survey team noted that the nursing home had failed to “flushed an enteral feeding tube after checking residual and before and after administering medications.” The deficient practice by the nursing staff involved one resident “reviewed for enteral feeding tubes.”

The investigators reviewed the facility’s policy titled: Maintaining Patency of a Feeding Tube (Flushing) that reads in part:

A Licensed Practical Nurse (LPN) was observed just before noon on June 7, 2016, checking the resident’s residual stomach contents before administering medications into the resident’s enteral feeding tube.” The surveyor said that the LPN “did not perform any flushes after checking for stomach residual or before and after a medication administration.”

During an interview with the LPN, it was verified that the resident’s “enteral feeding tube was not flushed.” The LPN said that “I did not flush before and after medications or after checking for stomach residual. I thought the water in the [medication] was enough.”

Abused at The Clayberg Nursing Center? Let Us Help

Have you concluded that caregivers victimized your loved one while they lived at The Clayberg Nursing Center? If so, contact the Illinois nursing home abuse and neglect attorneys at Nursing Home Law Center at (800) 926-7565 today. Our network of attorneys fights aggressively on behalf of Fulton County victims of mistreatment that are living in long-term facilities including nursing homes in Cuba. Contact us now to schedule a free case review to discuss how to obtain justice and resolve a financial compensation claim.

Our nursing home attorneys have successfully resolved many financial compensation claims for victims of mistreatment in nursing homes. We accept all nursing home cases involving personal injury, abuse, and wrongful death through a contingency fee arrangement. This agreement postpones the need to pay for our legal services until after our legal team has resolved your claim for compensation through a jury trial award or negotiated settlement out of court.

We provide every client a “No Win/No-Fee” Guarantee, meaning if we are unable to obtain compensation on your behalf, you owe our legal team nothing. Let our team begin working on your case today to ensure you receive adequate compensation. All information you share with our law offices will remain confidential.