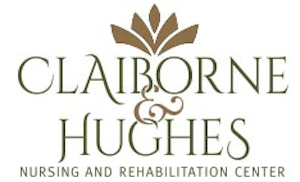 Many families have no other option than to entrust the staff of a nursing facility to provide care to their loved one who might be elderly, rehabilitating, disabled or infirm. Unfortunately, many residents in nursing facilities become the victim of mistreatment or personal injury that result in severe harm or wrongful death.

If your loved one was mistreated while residing in a Williamson County nursing facility, the Tennessee Nursing Home Law Center attorneys can help. Our team of lawyers has successfully resolved monetary recovery claims to ensure our clients receive financial compensation for their damages. We use the state’s laws and federal nursing home regulations to seek justice and hold those at fault for the mistreatment legally accountable. We can begin working on your case today.

This Medicare/Medicaid-participating long-term care (LTC) center is a "for profit" 157-certified bed home providing cares to residents of Franklin and Williamson County, Tennessee. The facility is located at:

Federal government nursing home regulatory agencies have the legal authority to penalize any nursing home with a denied payment for Medicare services or monetary fine when the facility has been cited for serious violations of regulations and rules.

Within the last three years, state and federal regulators have not fined Claiborne and Hughes Health Center, but the nursing home did receive twelve formally filed complaints and self-reported four serious issues that resulted in citations. Additional documentation about fines and penalties can be found on the Tennessee Department of Health Nursing Home Reporting Website concerning this nursing facility.

To be fully informed on the level of care nursing homes provide, families routinely research the Medicare.gov and the Tennessee Department of Public Health website database systems. These sites provide a complete list of dangerous hazards, health violations, safety concerns, incident inquiries, opened investigations, and filed complaints. This information provides valuable content to make a well-informed decision of where to place a loved one who requires the highest level of health care and hygiene assistance.

In a summary statement of deficiencies dated May 10, 2017, the state investigator noted the nursing home’s failure to “notify the physician that the ordered urinalysis and culture was not obtained for [one resident].” The state investigator team reviewed the facility’s policy titled: Policy for Medical Doctor/Responsible Party, Notifications that reads in part:

The surveyor’s reviewed lab logs, medical record reviews and written notations that showed that the staff was “unable to obtain” the urinalysis sample. The facility noted in the lab log that they were “not able to obtain a specimen.” When the LPNs were asked if the physician had been notified that the urinalysis had not been obtained, the LPNs “confirmed that the facility failed to notify the physician until May 8, 2017.”

During an interview with the Administrator and Director of Nursing, it was confirmed that “the facility failed to notify the physician of the urinalysis [that] had not been obtained and to seek further instructions.

In a summary statement of deficiencies dated May 10, 2017, the state surveyors documented that the nursing home had failed to “prevent an altercation for two residents.” The survey team reviewed the facility investigation including an occurrence report signed by the Director of Nursing on April 11, 2017, that revealed that “one resident was injured by another resident] on April 8, 2017. The continued review revealed the investigation included a statement from a Licensed Practical Nurse “recounting the event, and skin assessments for [both residents] on that date.”

The investigators interviewed the Director of Nursing and Administrator on May 10, 2017, who “confirmed the facility failed to prevent an altercation between two residents.” As a part of the investigation, the survey team reviewed the facility investigation that showed a skin assessment on the resident dated April 14, 2017 “and the record of ongoing 15-minute checks on [the allegedly abusive resident] dated April 11, 2017, through April 14, 2017.”

“According to federal regulations, the resident has a right to be free from verbal, sexual, physical and mental abuse, corporal punishment, and involuntary seclusion.” “The resident has the right to be free from mistreatment, neglect, and misappropriation of property. When suspicion of abuse, neglect or exploitation or reports of abuse, neglect or exploitation occur, an investigation is immediately warranted.”

Documentation shows that the Unit Manager “assess the resident with no signs of acute injury and x-ray confirmed no trauma. Further review revealed all departments were searched. The continued review revealed the Unit Manager stated that [the resident] fidgets about in bed and whales about so the ring could have worked its way off the finger or could have been struck against the side rail and broken.”

An undated statement documented by the Charge Nurse “revealed the resident’s husband informed her that the resident did not have her wedding ring on, but no Certified Nursing Aides (CNAs) remembered seeing the ring, so it was reported to the next nurse.”

“Continued review of the investigation of the statement dated November 1, 2016, from the agency CNA who cared for the resident on the day the ring was noted to be missing, stated she never noticed the ring but the resident fought her entire time that the CNA changed her. The continued statement revealed a staff person showed her the ring finger which was swollen and it looked like it would have been hard for the ring to come off.”

“It is the policy of this facility to protect its residents from abuse.” The facility “has implemented a program of abuse prevention and intervention strategies.”

“Investigation: The facility will investigate all injuries of unknown origin and all allegations of mistreatment, neglect or abuse. All allegations will be conducted in a timely, thorough and objective manner. Any incidents of substantiated abuse and neglect are reported and analyzed with the appropriate corrective, remedial or disciplinary actions occur, [according to] applicable local, state and federal laws.”

The investigators reviewed a resident’s medical records and facility investigation dated March 24, 2017. Part of the report revealed that a Licensed Practical Nurse made statements that while repositioning the resident to bed, the resident “slammed head. Further review of the facility’s investigation revealed two written statements, one dated March 31, 2017, signed by an LPN and a second one dated April 5, 2017, signed by [another Licensed Practical Nurse].”

The surveyors interviewed both the Director of Nursing and the facility Administrator on the afternoon of May 10, 2017. The two employees confirmed “that the facility failed to report an allegation of abuse from April 14, 2017, to the State Agency until April 21, 2017, and therefore was not reported and the required time frame.”

In a summary statement of deficiencies dated May 10, 2017, the state investigator team documented that the facility had failed to “report an allegation of abuse timely to the supervisor/Administrator/Abuse Coordinator for [one resident] reviewed for abuse.”

Do You Need More Information about Claiborne and Hughes Health Center?

If you suspect your loved one has any sign or symptom of abuse, mistreatment or neglect while they lived at Claiborne and Hughes Health Center, it is crucial to contact the Tennessee nursing home abuse lawyers at Nursing Home Law Center at (800) 926-7565 immediately for legal help. Our network of attorneys fights aggressively on behalf of Williamson County victims of mistreatment residing in long-term facilities including nursing homes in Franklin.

Our experienced attorneys provide victims of nursing home abuse the legal representation they need against all those who caused them harm. Our network of attorneys can offer numerous legal options on how to proceed to obtain the monetary recovery your family deserves. Contact us now to schedule a free case review to discuss how to obtain justice and resolve a financial compensation claim. Let us begin working on your behalf to ensure your rights are protected.

Our attorneys accept all personal injury claims, nursing home abuse suits, medical malpractice cases, and wrongful death lawsuits through a contingency fee agreement. This arrangement postpones the need to pay for legal services until after we have resolved your case through a negotiated out of court settlement or jury trial award. We provide every client a “No Win/No-Fee” Guarantee, meaning if we are unable to obtain compensation on your behalf, you owe our legal team nothing. Let our attorneys begin working on your behalf today to ensure your family receives adequate compensation from those who caused your harm. All information you share with our law offices will remain confidential.