Attorneys for Neglected & Mistreated at Circle of Care Nursing Center 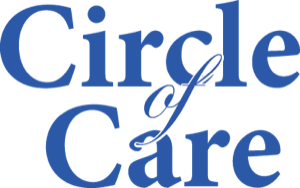 Many families have limited options on how to handle the care of a loved one who requires medical professionals in a skilled nursing environment. Typically, reputable nursing homes follow established procedures and protocols to ensure that every resident’s needs are met. Unfortunately, mistreatment still occurs in some facilities in Ohio.

If your loved one was victimized while residing in a Columbiana County nursing facility, contact the Ohio Nursing Home Law Center Attorneys now. Let our team of lawyers represent your family to ensure you receive financial compensation to recover your damages. Call us now so we can begin working on your case today.

This long-term care home is a 62-certified bed center providing cares and services to residents of Salem and Columbiana County, Ohio. The "for profit" Medicare and Medicaid-participating facility is located at:

The state and federal investigators have the legal authority to penalize any nursing home that has been cited for a serious violation that harmed or could have harmed in nursing home resident. Typically, these penalties include imposed monetary fines and denial of Medicare payments.

Within the last three years, federal investigators imposed a monetary fine against Circle of Care Nursing Center for $24,863 on February 25, 2016, citing substandard care.

The nursing home also received three complaints over the last three years that resulted in a violation citation. Additional documentation concerning penalties and fines can be reviewed on the Ohio Long-Term Care Consumer Guide.

The state of Ohio and federal government regularly updates their long-term care home database system with complete details of all deficiencies, citations, and violations.

According to investigators, “the facility failed to notify the Physician when [a resident] left the facility on a leave of absence when the resident had a Physician’s orders not to leave the facility for safety concerns.”

Documentation shows that the resident was admitted to the facility with a suprapubic catheter and “was alert and oriented and her own responsible party. She was independently mobile in an electric wheelchair [and had] a history of drug use and would leave the facility and returned under the influence.”

The survey team reviewed the resident’s Nurse’s Notes that revealed: “during a shower, a blue tablet fell out of the resident’s bra.” The tablet was identified as an antianxiety drug that was not ordered for the resident. The “staff also observed another unidentified tablet and marijuana on the resident’s person.”

Another Nurse’s Note dated five days later revealed “a caller informed the facility she almost hit the resident with her car when the resident was on the street behind the facility. There was no evidence that Physician was notified.”

In one incident, documented on May 8, 2018, revealed “the resident was hard to arouse and [their] pupils were very dilated. The resident was lethargic, had slurred speech and was unable to keep eyes open. The drug screen was ordered by the Physician. The resident did not want the test done because he had taken marijuana.”

The following day, the resident’s continued with extreme lethargic, dilated pupils, slurred slow speech and moving very slow. The police were called due to an unknown substance found in the resident’s wallet. The resident was taken to the hospital for suspected drug overdose which was positive for illegal drugs.”

The surveyors determined that “when the resident returned, there were note interventions to ensure the resident safety or the safety of other residents.”

Neglected at Circle of Care Nursing Center? Let Us Help You Today

Do you suspect that your loved one is the victim of mistreatment while living at Circle of Care Nursing Center? Contact the Ohio nursing home abuse lawyers at Nursing Home Law Center at (800) 926-7565 for immediate legal intervention. We represent Columbiana County victims of neglect and abuse in all areas including Salem.

Our legal team offers every client a free, initial case consultation. Additionally, we offer a 100% “No Win/No-Fee” Guarantee. This promise means you do not owe us anything until we have secured monetary compensation on your behalf.