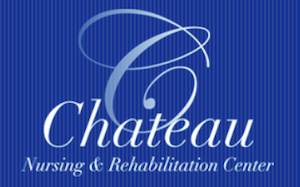 The number of cases of mistreatment occurring in nursing homes has become an epidemic, where caregivers, employees and other patients victimize residents. In some cases, mistreatment is the result of overworked nursing staff or a lack of sufficient training and education to ensure that all the needs of every elderly senior, ill, disabled or rehabilitating residents are met. Sometimes, identifying the common signs and symptoms of mistreatment can be challenging, especially when the neglect or abuse is covered up by staff members.

If your loved one was mistreated while residing in a DuPage County nursing facility, contact the Illinois Nursing Home Law Center attorneys for immediate legal intervention. Our team of Chicago nursing home abuse lawyers has successfully resolved cases just like yours. Contact us now so we can begin working on your case today.

This long-term care (LTC) home is a 150-certified bed center providing cares and services to residents of Willowbrook and DuPage County, Illinois. The Medicare/Medicaid-participating "for profit" facility is located at:

Federal agencies and the State of Illinois have a legal responsibility to monitor every nursing facility. If serious violations are identified, the government can impose monetary fines or deny payments through Medicare if the resident was harmed or could have been harmed by the deficiency.

Within the last three years, the nursing home governmental agencies impose two large monetary fines against Chateau Nursing and Rehabilitation Center. These penalties include a $17,550 fine on October 18, 2017, and a $13,626 fine on July 27, 2017, totaling more than $31,000.

Also, the facility received seventeen formally filed complaints and one denial of Medicaid payments due to substandard care. Additional information about fines and penalties can be found on the Illinois Department of Public Health Nursing Home Reporting Website concerning this nursing facility.

In a summary statement of deficiencies dated July 27, 2017, the state investigator documented the facility’s failure to “make timely notification to the physician of a resident’s condition change.” The investigators reviewed the resident’s Face Sheet that documents that the patient had “a strong foul urine odor that was pervasive in [their] room extending into the hallway directly outside the resident’s room.” During the observation, the resident’s “urine catheter bag contained tea-colored urine.”

The following day the Director confirmed that the resident’s catheter bag needed to be changed and that the patient’s urine “had a foul odor.” The Director stated that “the physician should be notified for these condition changes” and said, “I am not sure if anyone did anything yesterday.”

The Nurse Practitioner said that “if she had been notified, tests would have been ordered to ensure that [the resident] did not have a urinary tract infection or blood in the urine from receipt of blood thinners.” A review of the patient’s Care Plan for Indwelling Catheter documents of the resident “has a suprapubic catheter and approaches to include report complication [and urinary tract infections] including foul odor, concentrated urine, or blood in urine.”

The survey team reviewed the facility’s Notification of Resident Change in Condition Policy that reads in part:

In a summary statement of deficiencies dated July 27, 2017, the state investigator noted the facility's failure to "interview potential staff witnesses to thoroughly investigate an allegation of abuse.”

The surveyors reviewed the facility’s Final Incident Report Form that shows that two Certified Nursing Assistants twisted a resident’s arm while the resident was in bed. This report documents that both CNAs were interviewed as a part of the investigation. The Administrator said that “all potential witnesses are to be interviewed as a part of the investigation of alleged abuse, which includes employees assigned to the area [that the resident resided on].”

The resident’s MDS (Minimum Data Set) shows that the resident “has no ulcers including other moisture associated skin damage.” The patient was observed sitting in a chair after rising from bed in the morning up until 1:30 PM and “has not been provided incontinence care.” At that time, two Certified Nursing Assistants (CNAs) toileted the resident whose “buttocks contain large purple and reddened areas. There were open areas noted on the resident’s buttocks that were bleeding.” The resident’s “adult brief was saturated with urine [and] contained blood from the opened areas.

The survey team reviewed the patient’s Nurse’s Notes that contained “no documentation related to skin impairment. There was no assessment in [the resident’s] medical chart with a description including characteristics, size, color or interventions to [the resident’s] buttocks.”

In a summary statement of deficiencies dated July 27, 2017, the state investigators documented that the nursing home had failed to “follow their Fall Management Policy and failed to supervise and monitor one resident displaying unsafe behaviors.” This failure resulted in the resident “sustaining a neck fracture from a fall in the bathroom while unsupervised.” The deficient practice by the nursing staff resulted in the resident “sustaining a fractured humerus.”

A review of the resident’s Fall Care Plan showed that the resident “is at risk for falling due to a history of multiple falls, impaired cognition, and balance.” The patient’s Nurse’s Notes and Fall Root Cause Analysis Forms indicate that the resident had seven documented falls before February 20, 2017.

In a separate summary statement of deficiencies dated August 23, 2018, the state survey team noted that the nursing facility had “failed to ensure safe transfer during toileting assistance.” The deficient practice by the nursing staff involved two residents “reviewed for bowel and bladder care.”

This incident involved an observation of a Certified Nursing Assistant (CNA) assisting a severely, cognitively impaired resident for toileting. The CNA transferred the resident “from the wheelchair to the toilet, then [from] the toilet back to the wheelchair and to bed without using a gait belt.” The CNA held and lifted the resident “in the right armpit and the left side of [the resident’s] pants without using a gait belt, while [the resident’s] knees were buckled and not fully bearing her weight during the transfer.”

The surveyors interviewed the Clinical Specialist on the afternoon of August 22, 2018, who stated that “during a manual transfer the resident’s, gait belt should be used to ensure the safety of the resident.” This expectation was confirmed by a review of the facility’s policy regarding gait belt use that showed “The use of a gait belt is to maximize patient and staff safety during all standing and mobility activities.”

In a third summary statement of deficiencies dated October 26, 2017, the surveyors noted that the nursing facility “failed to ensure fall precaution interventions were implemented for two residents and failed to ensure resident safety while providing care.” This failure resulted “in a resident falling out of bed sustaining a hip fracture. This failure resulted in a hip fracture requiring hip surgery in hospitalization with blood transfusions.”

In a summary statement of deficiencies dated July 27, 2017, a state investigative team noted the nursing home's failure to “follow infection control policies to prevent cross-contamination during resident care and the cleaning of equipment.”

The survey team observed a nurse manipulating a resident’s suprapubic catheter tubing with gloved hands.” When the nurse walked away from the resident’s bed, they removed gloves and exited “this room with dirty gloves” and “did not wash hands [before] exiting the room.” The surveyors interviewed the nurse who stated that “dirty gloves are to be disposed of in the room and hand hygiene is to be completed after removing gloves.”

Were You Injured at Chateau Nursing and Rehabilitation Center? We can Help

Do you believe that your loved one was mistreated, neglected or abused as a resident at Chateau Nursing and Rehabilitation Center? If so, call Illinois nursing home abuse and neglect lawyers at Nursing Home Law Center at (800) 926-7565 today. Our network of attorneys fights aggressively on behalf of DuPage County victims of mistreatment living in long-term facilities including nursing homes in Willowbrook. Contact us now to schedule a free case review to discuss how to obtain justice and resolve a financial compensation claim.

Our skillful attorneys have successfully resolved many victim cases involving nursing home abuse and neglect. We can work on your behalf to ensure your family receives the financial compensation they deserve. We accept all cases of wrongful death, nursing home abuse, and personal injury through a contingency fee arrangement. This agreement postpones your payment for our legal services until after we have successfully resolved your case through a jury trial award or a negotiated settlement.

We offer all clients a “No Win/No-Fee” Guarantee. This promise ensures your family will owe us nothing if we cannot obtain compensation to recover your damages. Let us begin working on your case today to ensure your family is adequately compensated for the damages that caused your harm. All information you share with our law offices will remain confidential.