Attorneys for Injured & Neglected at Centerville Health and Rehabilitation Center 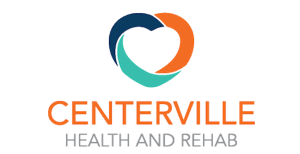 Was your loved one mistreated while residing in a Montgomery County nursing facility? Are you concerned that they were the victims of abuse or neglect at the hands of caregivers or other residents? If so, contact the Ohio Nursing Home Law Center Attorneys now for immediate legal assistance.

Our team of lawyers has represented many nursing home victims and can assist your family, too. We provide every client with a free initial consultation to discuss their case and determine the best legal options to proceed. Call now so we can begin working on your case today.

This long-term care facility is a 135-certified bed Medicare and Medicaid-participating center providing services to residents of Dayton and Montgomery County, Ohio. The "for profit" home is located at:

The investigators and surveyors for Medicare and the state of Ohio have the legal authority to impose monetary fines are denied payment for Medicare services any time a nursing home is cited for serious violations of regulations and rules.

The nursing home also received four complaints over the last three years that resulted in a violation citation. Additional documentation concerning penalties and fines can be reviewed on the Ohio Long-Term Care Consumer Guide.

According to state surveyors, “the facility failed to notify the Physician of medication and medical testing refused by [one resident].” A review of the resident’s progress Notes revealed that the resident “had aggressive [outburst], had been verbally inappropriate, refused medications, showers, assistance with activities of daily living, blood glucose monitoring, and insulin daily since admission.”

However, it was determined that there was no evidence that the Physician had been notified of the resident's repeated refusals.” The resident had received treatment from the psychiatric nurse practitioner who had documented that the resident “refused all of her ordered medications.”

A Licensed Practical Nurse (LPN) confirmed that “she had not notified the Physician [that the resident] refused her medication and blood glucose monitoring.”

The survey team reviewed the resident’s Nursing Progress Note that revealed that area to the sacrum of the resident was noted. The “open area was documented as appearing to be a moisture lesion from frequent incontinence. The wound bed was documented as being read with no drainage or sign/symptoms of infection noted. A stage was not given to the open area, and no measurements were given.”

The nursing home “failed to store chemicals utilized by laundry services properly. Additionally, the facility failed to prevent a resident from wandering into a dangerous location.” The incident involved and independently mobile, cognitively impaired resident with access to the service hallway.”

The resident’s Nurse Progress Notes revealed that the resident “was seen coming through the double doors of the service hallway [while] carrying wet floor signs. The resident was then observed by the staff grabbing a fire extinguisher out of the cabinet on the wall.”

The report indicates that “it was very difficult to redirect the resident [who was] noted to have an unsteady gait and would step backward, often losing balance. One on one supervision was provided and noted to be ineffective.”

Abused at Centerville Health and Rehabilitation Center? Our Attorneys Can Help

Was your loved one mistreated while residing at Centerville Health and Rehabilitation Center? Contact the Ohio nursing home abuse lawyers at Nursing Home Law Center at (800) 926-7565 for immediate legal intervention. We represent Montgomery County victims of abuse and neglect in all Ohio areas including Dayton.

We provide every potential client a free initial case consultation and offer a 100% “No Win/No-Fee” Guarantee. This promise means you will not pay us anything until after we have secured monetary recovery on your behalf.