The Carlton at the Lake Abuse and Neglect Attorneys 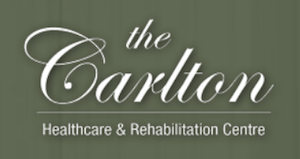 Mistreatment in nursing facilities can take on many forms including negligence by the nursing staff, resident-to-resident assault, or bad hiring practices. Many nursing homes in Illinois are understaffed or fail to provide adequate training to their Nurses and Nurse’s Aides.

If your loved one was injured while residing in a Cook County nursing home, the Illinois Nursing Home Law Center attorneys can help. Our team of nursing home negligence lawyers has successfully handled and resolved cases just like yours. Contact us now so we can begin working on your case today.

The Carlton at the Lake

This Medicare/Medicaid-participating nursing facility is a "for profit" home providing services to residents of Chicago and Cook County, Illinois. The 244-certified bed long-term care center is located at:

In addition to providing around-the-clock skilled nursing care, the Carlton at the Lake also offers:

The federal government has the legal authority to penalize any nursing home that has violated rules and regulations that harmed or could have harmed a nursing facility resident. These penalties include denial of payment for Medicare services or an imposed a monetary fine.

Within the last three years, The Carlton at the Lake has received twenty-four formally filed complaints due to substandard care. Additional information about fines and penalties can be found on the Illinois Department of Public Health Nursing Home Reporting Website concerning this nursing facility.

To ensure families are fully informed of the services and care that the long-term care facility offers in their community, the state of Illinois routinely updates their comprehensive database. This information contains a list of health violations, opened investigations, safety concerns, incident inquiries, dangerous hazards, and filed complaints of nursing homes statewide. The data is posted on the IL Department of Public Health website and Medicare.gov.

In a summary statement of deficiencies dated March 16, 2017, the state survey team noted that the nursing home had failed to “follow policy to make alternative methods before using restraints and failed to obtain a physician’s orders.” The incident involved a patient who “was seated in a specialty chair at the end of the third-floor hallway for activities.” At that time, the Activity Director and Activity Aide “were supervising the activity, which [the Activity Director] described as a Morning Mixer, consisting of music and ball playing.”

At that time, the resident “was alert, sitting up in his wheelchair with [good] posture and body alignment.” The resident’s “hands are partially contracted [and their] seatbelt was fastened during the activity.” On March 15, 2017, at 11:35 AM, the resident “was again seen seated in his specialty wheelchair, alone in his room, his seatbelt fastened, and his call light was not within his reach.”

A second resident was observed in the Third Floor Dining Room during the lunchtime with a “seatbelt fastened around her waist and another belt fastened around her chest.” At that time, the second resident was “alert, nonverbal, and had hand contractures.” The resident “was again seen seated in the third-floor dining room” the following morning at 9:46 AM during an art activity “conducted by [three Certified Nursing Assistants (CNAs)] again, the resident’s chest and waist seatbelt were fastened. On both occasions, [the resident] was sitting still.”

During a discussion with a nurse providing the resident care, it was revealed that the resident “is developmentally delayed, has profound intellectual disabilities, is nonverbal, and requires total assistance to eat, bathe, dress, transfer and for incontinence care.”

The nurse said that the patient “has a chest and waist belt fastened at all times when up in her specialty wheelchair.” A review of the resident’s Physician Order Sheet indicates that on March 1, 2016, there is an order for a “custom supportive wheelchair hip belt to prevent further deformity and promote cognitive activities – release every two hours – every shift.” However, the Physician’s Order Sheet does not indicate that any other alternative has been tried other than physical restraint.

In a summary statement of deficiencies dated February 8, 2018, the state survey team noted the nursing home had “failed to ensure that residents are dependent on staff assistance for their activities of daily living care are turned and repositioned to help heal or prevent the development of a new or recurring pressure ulcer.” The deficient practice by the nursing staff involved one resident “reviewed for pressure ulcers.”

The survey team interviewed a Certified Nursing Assistant (CNA) providing the resident care on the morning of February 5, 2018. The CNA said that the resident’s “position is changed when he asks the staff to change his position and did not offer to change the [resident’s] position.”

At 9:30 AM the next day, the surveyors observed the resident “lying in bed on his right side.” The resident said that “he had been in the same position since 6:00 AM and the staff still had not come into his room and offered to change his position.” During the interview, the resident said “he “slept on his back all night, last night. None of the staff offered to change his position last night, until 6:00 AM this morning.”

At 10:11 AM that morning, a Certified Nursing Assistant (CNA) said: “that she had not changed [the resident’s] position today and did not offer to change [his] position.” The CNA said that the resident “requests for his position to be changed.”

During an interview with a family member, it was revealed that “the staff does not often change the resident’s position every two hours when [they visit the nursing home].” The state survey team observed the resident on the morning of February 7, 2018, the third day, while “lying on his right side.” The resident said that he had “slept on his back all night. The night shift staff did not change his position all night. He was lying on his back from 6:00 PM yesterday until 6:00 AM this morning.”

The resident said that he had been lying on their side since 6:00 AM and that the nursing staff told the resident “to tell her if [the resident] wanted his position change. The evening shift staff never changes [the patient’s] position.”

The resident’s MDS (Minimum Data Set) reveals that the resident “requires extensive assistance with a two-person physical assist for bed mobility – how a resident moves to and from a lying position, turn side to side, and physician’s body while in bed or alternate sleep furniture.” The report also indicates the resident skin condition “is at risk for pressure ulcers and the turning and repositioning program is one of the implemented skin and ulcer treatments for [this resident].”

A review of the resident’s Care Plan with a target date of May 8, 2018, indicates that the resident “currently has a pressure ulcer related to his disease process, history of ulcers, and immobility. Implement interventions include the resident needs monitoring, reminding, and assistance to turn/reposition at least every two hours, and more often as needed and requested.”

In a separate summary statement of deficiencies dated March 16, 2017, the state investigative team documented that the nursing home had failed to follow physician’s orders. The incident involved a female resident who “had a Stage III pressure sore to the coccyx area.”

The state investigators observed a Certified Nursing Assistant (CNA) providing incontinent care to the patient who removed the resident’s “incontinent briefs, which was soiled with watery bowel movement, the wound dressing got halfway soiled with fecal matter.”

The state surveyors asked a Registered Nurse (RN) to check the resident’s “wound dressing” at 3:00 PM that same day. The observation showed that “the wound dressing [that was] soiled with fecal matter, almost dried, was still covering [the resident’s] pressure sore.” The RN said that “the dressing is halfway soiled and needs to be changed. The CNAs need to tell nurses if the dressing got soiled so nurses can notify the wound care nurse to change the dressing right away. I was informed that [the resident’s] dressing got soiled with feces. The staff is supposed to tell me this happens.”

Neglected or Abused at The Carlton at the Lake? We can Help

Do you believe your loved one was injured or harmed while living at The Carlton at the Lake? If so, call the Illinois nursing home abuse and neglect lawyers at Nursing Home Law Center at (800) 926-7565 for legal help. Our network of attorneys fights aggressively on behalf of Cook County victims of mistreatment living in long-term facilities including nursing homes in Chicago. Contact us now to schedule a free case review to discuss how to obtain justice and resolve a financial compensation claim.

Our attorneys represent clients who have been harmed through nursing home abuse by nursing staff and caregivers. We accept every case concerning wrongful death, nursing home abuse, and personal injury through a contingency fee agreement. This arrangement will postpone the need to make a payment for our legal services until after our attorneys have resolved your case through a jury trial award or negotiated out of court settlement.

We offer every client a “No Win/No-Fee” Guarantee. This promise ensures that you will owe us nothing if we cannot obtain compensation on your behalf. We can start on your case today to ensure you receive compensation for your damages. All information you share with our law offices will remain confidential.