The Information You Need to Make Decisions That Matter
The Nursing Home Law Center is committed to providing the
legal resources necessary to hold negligent facilities accountable.
Learn More
Home
Bed Sore Lawyer
Bed Sore Articles
General Articles About Bed Sores
Can the Rate of Pressure Sores be Decreased? One Hospital Says Yes and Proves It

Can the Rate of Pressure Sores be Decreased? One Hospital Says Yes and Proves It

A chain of hospitals based in St. Louis set out on a mission in 2007 — eliminate any harm befalling patients that could be otherwise prevented. BJC HealthCare noticed that pressure sores accounted for roughly two thirds of the preventable conditions that occurred under the watch of their hospital staffs. While other healthcare companies deemed pressure ulcers to be an inevitable condition for immobilized patients, BJC set itself on a path to prove them wrong and succeeded. In the first two years, the hospitals reported a 58% decline in the number of bedsores reported among patients and continued to show improvement over the two years to follow.

The Root of the Problem 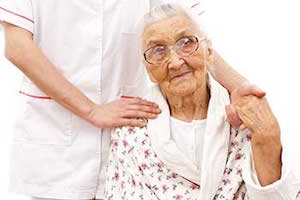 In order to correct the problem, BJC needed to understand the cause. After reviewing procedure at three of its hospitals, the company found three trends that seemed to exist among patients who developed pressure ulcers. The first was that patients were left in positions that did not distribute their weight properly, leading to loss of circulation in areas that had pressure placed on them. There was also a lack of transparency and communication, which resulted in physicians not being aware of the existence of a problem until it was too late.

The final trend that was discovered was a lack of education among the caregivers that treated patients who developed sores. BJC focused on training staff to understand the risk factors leading to bedsores, how to prevent them, notice them and how to treat them. By providing education to staff members, the first two issues could be addressed as well. Caregivers knew how to position their patients so as to reduce pressure on their bodies and they communicated openly with other staff members if a patient was at risk of developing bedsores or showing symptoms.

Preventing a Condition is More Efficient than Curing It

BJC HealthCare wanted to prevent pressure ulcers from occurring rather than to treat them after the fact. In order to accomplish this, they made sure to move all patients who were at risk of developing pressure sores every two hours to prevent long periods of poor weight distribution that cut off the circulation to joints and other areas that held the bodyweight of the individual.

Staff members were equipped with new training that informed them of conditions that put patients at a higher risk of developing sores and more attention was given to those patients in order to both prevent the sores from developing and to detect them early on while they were still treatable. The hospital developed a point system that took the patient’s history and current medical conditions into account in order to calculate a number that represented the risk of pressure sores forming on the patient’s body.

Patients that were at the greatest risk received more attention and supervision and if a patient needed to be moved on a regular basis in order to prevent sores from developing, two people would turn the patient in order to reduce the risk of other injuries. In the first three hospitals that BJC implemented these new procedures, the occurrence of bedsores dropped 58% over a period of two years. After applying the changes company wide, BJC HealthCare reduced the number of reported bedsores by 30% system wide, proving once and for all that the problem could be fixed and that it only continues to exist because health care facilities choose to ignore it.

Facilities that claim the problem is a fact of life and can’t be prevented simply don’t want to prevent it because of the time it would take to train staff members and the cost of hiring additional workers in order to be able to turn patients and attend to their needs. BJC HealthCare has provided a model that other facilities can mimic in order to prevent pressure sores from developing and to treat them early. It requires training staff members on the issue and making sure that patients are evaluated for their risk of developing the sores. It then requires providing proper care and making sure that the patient is under adequate supervision.