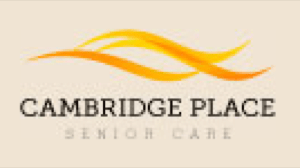 For many families, detecting abuse or neglect of a loved one in a Marshall County nursing facility can be challenging. Many times, the symptoms associated with the aging process or debilitating disease are confused with neglect or abuse by caregivers and other patients.

If your loved one was harmed while living in a nursing facility, contact our nursing home neglect affiliated attorneys now for immediate legal help. Let our team of lawyers work on your family’s behalf to ensure you receive financial compensation to recover your damages. We can begin working on your case today.

This center is a 91-certified bed Medicare and Medicaid-participating facility providing services to residents of Marysville and Marshall County, Kansas. The "for profit" long-term care home is located at:

Both the federal government and the state of Kansas have the legal responsibility to levy monetary fines or deny payments through Medicare if a nursing home has violated established rules and regulations that harm or could have harmed residents.

Additional information concerning the facility can be reviewed on the Kansas Long-Term Care State Survey Reports.

To ensure families are fully informed of the level of care every nursing home provides, the state of Kansas and Medicare.com routinely update their long-term care home database systems with info on violations, citations, and deficiencies.

According to state investigators, the “facility failed to implement time interventions to alert staff to monitor [a resident for their medical condition].” The investigation involved a moderately impaired, mildly depressed resident who “expressed feeling tired or having little energy, poor appetite or overeating twelve to fourteen days, feeling bad about himself/herself and thought that he/she would be better off dead.”

The resident’s Care Plan indicated they were taking antidepressant medications for depression. The staff was to encourage and provide the opportunity for exercise and physical activity. The Care Plan “for the directive staff to discuss with the resident and family any concerns, fears, issues regarding health or other subjects as needed, monitor, document, and report [as needed] any risk for harm to self, a suicidal plan, and past attempt at suicide.”

The staff is to “discuss with the resident any risky actions including “stockpiling pills, saying the bye to the family, giving away possessions or riding a note), intentionally harming or trying to harm the self and refusing to eat or drink, refusing medication or therapies, or any sense of hopelessness or helplessness and impaired judgment and safety awareness.”

Documentation by the Social Services Director in communication with the Physician noted that “the resident felt very depressed since his/her recent illness. Today, when completing his/her mood assessment he/she stated, ‘I wish I could kill myself. I have nothing to live for.’”

The resident’s Mental Health No documented on November 26, 2018, noted that “the resident reported to staff [that he/she wished he/she was dead and said the same thing to the therapist during the session this afternoon.” The documentation states that the resident said they [would not hurt himself/herself, but he/she would rather be dead and indicated he/she wanted to get out of the nursing home.”

The resident’s Nurses Note at 4:47 AM on November 28, 2018, documented that approximately 3:25 AM, the staff was called to the resident’s room. Upon arriving, the staff observed the resident “hanging from his/her bathroom door with a white rope tied around the inside and outside handle of the bathroom door, as well as around his/her neck.”

The documentation states that “there was no slack in the rope, the resident had no pulse, and his/her skin was cold to the touch. The note documented the nurse ran back up to the nurse’s station to retrieve a pair of scissors, which were given to the Certified Nursing Assistant (CNA) to cut the resident lose, while the nurse called 911.”

Need to Hold Cambridge Place Nursing Center Accountable for Neglect? We Can Help

Do you suspect that your loved one is the victim of mistreatment while residing at Cambridge Place Nursing Center? Contact the Kansas nursing home abuse attorneys at Nursing Home Law Center at (800) 926-7565 for immediate legal intervention. We represent Marshall County victims of abuse and neglect in all areas including Marysville.

Our legal team invites you to discuss your case with us today through an initial, free claim consultation. Also, we provide a 100% “No Win/No-Fee” Guarantee, meaning you will not owe us anything until after we have secured monetary recovery for your family.