A Sacramento, Calif. judge has decided that a civil suit alleging abuse at a local nursing home should go to trial, Patch.com reports.

The plaintiff, Dennis Lee Haney, said in a complaint that Eskaton Properties, Inc. was responsible for the early death of his mother, 78-year-old Dorris Hilton. Hilton spent three months in Eskaton’s Fair Oaks Care Center facility before passing away in November, 2006, from a urinary tract infection (UTI). 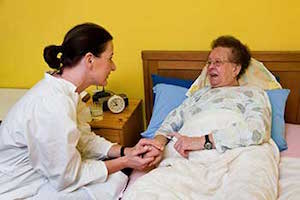 “She was neglected and without care or attention, without assistance in feeding or toileting, and was left without medication for a diagnosed urinary tract infection until she became confused and incoherent”, Haney’s complaint said. “During this time, her cries of pain for assistance prompted no response from defendants, who had allocated knowingly inadequate resources to provide proper staffing to care for [my mother]”.

A spokesperson for Eskaton, which is based in Carmichael, Calif., said that the allegations were unfounded, according to Patch.com.

“{We} maintain that this individual was provided the same highest level of care that each of the 3,500 people we serve each day receives”, said Stuart Greenbaum. “Because the case is still being litigated, we cannot respond further on the details. Except to add that this unique allegation is incredibly disconcerting to the 1,700 dedicated and compassionate professionals who work for Eskaton”.

Patch reports that there have been several complaints of abuse filed against Eskaton’s Sacramento properties over the past few years. Neither Haney’s attorney, Lawrence Hensley, nor Greenbaum could say whether the number of complaints was commensurate with the normal rate for the region.

According to Eskaton’s Web site, Eskaton has more twenty-nine care centers throughout Northern California, and treats more than 14,000 adults annually. With 9,025 facilities, and 289,891 beds, California has the highest number of nursing home residents in the country, according to Administration on Aging data.