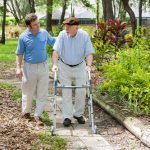 Nursing Home Law News specializes in assisting victims of nursing home negligence and misconduct. We take great care and spend significant resources for each and every case because they mean so much to our clients.

The accidents take an extraordinary toll on their mental, physical, and financial lives so it’s important to get it right. Normally, the most common kinds of scenarios that trigger nursing home lawsuits in California are falls, bed sores, medical errors, abuse, or inadequate care.

However, it’s not uncommon to see other sorts of incidents give rise to trials as well. When they do, we will be there to protect your rights and obtain the compensation that you deserve.

Our office is dedicated to preserving the rights of nursing home residents. We don’t represent nursing homes, hospitals, doctors, or any other party that could cause a conflict with this mission.

Why are Some California Nursing Home Negligence Cases Worth More Than Others?

In the sections that follow, we present summaries of some California nursing home cases. They are broken down by incident types including the following: falls, bed sores, abuse, medical error, and inadequate care.

We present these lawsuits because they are the most frequent kinds of California nursing home trials.

When you review them, think about why they got the award or settlement that they did. Here are some tips to help you understand the outcomes of these cases:

Click on the following links to learn more about California nursing home law and cases. If you have been the victim of nursing home negligence, contact our office.

We can screen your case immediately and get your lawsuit to trial on contingency so that you don’t have to pay for any charges or fees unless you’re happy with the award or settlement.

Call us today to find out what recovery might be in store for you!

Our elderly population deserves respect and dignity. Sadly, many of them are abused in an environment where they should expect the most protection and comfort: nursing homes. Time and again, we see victims of California nursing home abuse because of the actions of facility staff or other residents.

They are physically, mentally, sexually, and even financially abused in some circumstances.

To help you understand the problems that they are facing in these kinds of institutions, review the following case summaries involving alleged abusive care at California nursing facilities and call our offices if you have any questions.

This nursing home case actually started out as a dispute between two residents. A man and his domestic partner were having difficulty getting along. In fact, they were getting into physical altercations. The nursing home came in and petitioned the county to obtain a conservatorship over them for their protection.

Sonoma County granted this request. After receiving that status, they separated both men into different nursing facilities and moved all of their stuff accordingly. However, one of those two men objected to the transfer and argued that the nursing facility exceeded its authority as conservator.

In the complaint he filed in court, he claimed the defendant home falsely imprisoned him and inflicted emotional distress as well as significant property damage.

The defendant disagreed but offered $600,000 as a compromise to settle the matter. The plaintiff agreed.

Here are a few things that the plaintiff had going for him:

This case ended as tragically as it began. An elderly woman in her early eighties was admitted to a nursing home to live with care and dignity after experiencing severe health problems. However, what she got was neglect and abuse.

She was not properly hydrated, medicated, or nourished. Due to these errors, she suffered dehydration, renal failure, sepsis, and ischemic colitis.

Unfortunately, as much as she battled back once she got the care that she needed, she ended up dying. Lawyers for the woman’s estate argued that the nursing home was responsible and should pay over $1,000,000 in damages.

The defendant denied all responsibility for the death and injuries; yet, both sides were able to work out a settlement to end the matter prior to trial for $850,000.

Here is why the defendant nursing home may have been motivated to settle:

This legal dispute started when a nursing home resident in her late eighties suffered a broken hip after another resident hit her and knocked her to the floor. The doctors had to perform an open reduction as well as fixation procedures on her. As a result, she was permanently disabled. After the affair and medical treatments had transpired, she sought legal recourse through the

California court system to obtain compensation for the personal injuries, medical expenses, disability, and pain and suffering that came with the accident. Specifically, she sued the nursing home on the theory that they should have done more to protect her from the other, aggressive resident including train their staff better, monitor their residents better, and take further action to prevent this from happening.

Also, her complaint alleged that the defendant facility had ample knowledge of the other woman’s aggressive tendencies through prior acts and words.

The defendant denied all of these claims and said there was nothing more that they could have done. An arbitrator disagreed.

He awarded the plaintiff $347,000 for the following damages:

This case was so striking because so much happened in so little amount of time. Prior to entering the nursing home, the resident involved was diagnosed with Alzheimer’s disease and deemed a high risk for falls.

Therefore, her family made sure that they found a facility to account for that prior to admitting her. In fact, the nursing home even promised they would take appropriate measures to prevent that from happening.

However, in just a few months, not only did she fall on multiple occasions but she also endured substantial mental abuse. Apparently, the staff did not use appropriate beds or chairs to keep her from falling. The damage was severe: mental distress, broken ribs, and pierced lungs.

The woman and her lawyers brought suit against the nursing home for the injuries that she sustained while living there. They alleged a variety of statutory claims.

The jury found in her favor and awarded her $1,338,163 in damages for medical bills, compensatory injuries, punitive harms, and attorneys’ fees.

Here are a few reasons that might explain the relatively exorbitant verdict:

The victims of this incident did all that they could to keep it from occurring but it still happened despite their best efforts. The family of an 89-year-old man approached a nursing home to ask if it could care for him sufficiently.

He was suffering from Alzheimer’s and need round-the-clock care. Representatives of the nursing home assured them that they could so he was admitted to live there.

However, quite obviously and quite early into his stay at the facility, they failed on that promise. Staff allowed him to smoke which was prohibited by his doctors’ instructions and they let him wander off the property. He was completely neglected and abuse.

On one trip outside the walls of the nursing home, he got hit by a truck. At the time of the accident, he was almost five miles away from the facility. Though he got quick emergency care, he still died from injuries sustained in the accident.

The family of the man sued the nursing home and a jury awarded them $1,480,000 in damages for the following things:

Recent news and reports are exposing the abuse that nursing home residents face on a constant basis and it’s atrocious. After reviewing the cases that we summarized above, please remember the following points if you or someone you know have been abused by a nursing facility.

Was Your Loved One Abused While Staying in a Nursing Home in California?

Nursing Home Law News represents victims of nursing home abuse. We fight to make sure that these large corporations pay for the damage that they cause.

If you contact our offices, we can review your incident and file a case on your behalf so that you get what you should under California law. Call us now. We can get to work immediately.

If you are looking for information on the laws and regulations that apply to nursing homes in California, look here.

For information on nursing facilities in specific California cities and for local attorneys, look at pages below: