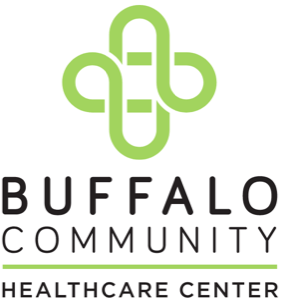 The number of cases involving mistreatment in nursing facilities throughout New York has risen significantly over the last few decades. Many senior citizens, along with rehabilitating and disabled, become victims of abuse and neglect at the hands of caregivers, employees, visitors, or other patients. If your loved one was injured while living in an Erie County nursing facility, contact the New York Nursing Home Law Center attorneys now for immediate legal assistance.

Our team of dedicated abuse prevention lawyers has handled cases exactly like yours, and we can help your family, too. We can begin working on your case now to ensure you receive financial compensation to recover your damages.

This center is a 95-certified bed Medicare and Medicaid-participating facility providing services to residents of Buffalo and Erie County, New York. The "for profit" long-term care home is located at:

Within the last three years, federal investigators imposed a monetary fine against Buffalo Community Healthcare Center for $84,647 on January 24, 2017, citing substandard care. During this time, Medicare denied payment on January 24, 2017, due to a lack of quality care.

According to state investigators, “the facility did not have evidence that all alleged violations of abuse, neglect, exploitation, or mistreatment were thoroughly investigated.” In one incident, a resident had issues involving an investigation of abuse. Specifically, “the lack of a complete investigation to include staff-written statements for an allegation that an employee was in bed with the resident.”

The incident involved a cognitively intact resident who is understood and understands others. The surveyors interviewed the resident who revealed that “a couple of weeks ago, he saw an employee lying in bed with [another resident] toward the end of the 3:00 PM to 11:00 PM shift. He did not know the exact date.”

The reporting resident had reported the incident to the administration and “a week later the Administrator and the Director of Nursing came to his room and told him the employee was terminated for sleeping on the job.”

The Director of Nursing stated during an interview “that she was on vacation the week that the housekeeper was found sleeping in [a male resident’s] bed and’s she spoke with all the parties involved the did not have any statements or written documentation of the conversations.” The Director stated that the resident “was not in the room when the housekeeper was found sleeping in the bed and that he was out and about.”

The Director stated that the incident “happened on September 8, 2018, and the housekeeper was terminated by the Administrator and Director of Housekeeping on September 14, 2018, per the employee’s personnel file.” The surveyors spoke to a Registered Nurse (RN) Supervisor who revealed that “the incident was reported to her a couple of weeks ago by the staff member that a housekeeper was sleeping in [the resident’s bed. The supervisor] went into the room and woke the housekeeper up.”

When this occurred, the resident “was in the room sitting in his wheelchair next to the bed at the time.” The RN supervisor stated that they had reported the incident to the Director of Nursing “sometime after but could not remember when.”

Mistreated at Buffalo Community Healthcare Center? We Can Help

Do you suspect that your loved one suffered injury or died prematurely while living at Buffalo Community Healthcare Center? Contact the New York nursing home abuse lawyers at Nursing Home Law Center at (800) 926-7565 for immediate legal intervention. We represent Erie County victims of abuse and neglect in all areas, including Buffalo.

Our legal team offers every client a free, initial case consultation. Additionally, we offer a 100% “No Win/No-Fee” Guarantee. This promise means you do not owe us anything until we have secured monetary compensation on your behalf.