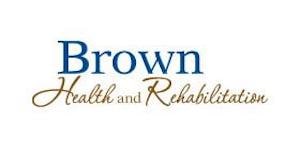 Many families are faced with the unenviable decision to place a loved one in a nursing facility because they can no longer provide the care at home. However, locating the ideal place can be challenging to ensure that they are treated with dignity and respect. Unfortunately, abuse and neglect still occur at many nursing facilities nationwide.

If your loved one was victimized by mistreatment while living in a nursing facility in Franklin, Hart or Madison County, contact the Nursing Home Law Center attorneys now. Let our team of lawyers work on your behalf to ensure your family receives adequate monetary recovery for your damages.

This nursing home is a Medicare/Medicaid-participating "for profit" center providing care to residents of Royston and Franklin, Hart and Madison Counties, Georgia. The 100-certified bed nursing facility is located at:

Both the federal government and the state of Georgia have the legal responsibility to levy monetary fines or deny payments through Medicare if a nursing home has violated established regulations that harm or could have harmed residents.

The nursing home received ten formally filed complaints and self-reported one serious issue over the last thirty-six months that all resulted in citations. Additional information concerning the facility can be reviewed on the Georgia Nursing Home Reporting Website.

Information on every intermediate and long-term care home in the state can be reviewed on government-owned and operated database websites including Georgia Department of Public Health and Medicare.gov.

A Victim of Neglect at Brown Health and Rehabilitation Center? Contact Us Today for Help

Were you the victim of mistreatment, neglect or abuse while living at Brown Health and Rehabilitation Center? Contact the Georgia nursing home abuse attorneys at Nursing Home Law Center at (800) 926-7565 now. We represent Franklin, Hart and Madison County victims of abuse and neglect in all areas including Royston.

We do not charge for case evaluations and consultations. Also, our network of attorneys provides a 100% "No Win/No-Fee" Guarantee. This promise means we will postpone all of your payments for legal services until after we have secured financial recovery on your behalf.